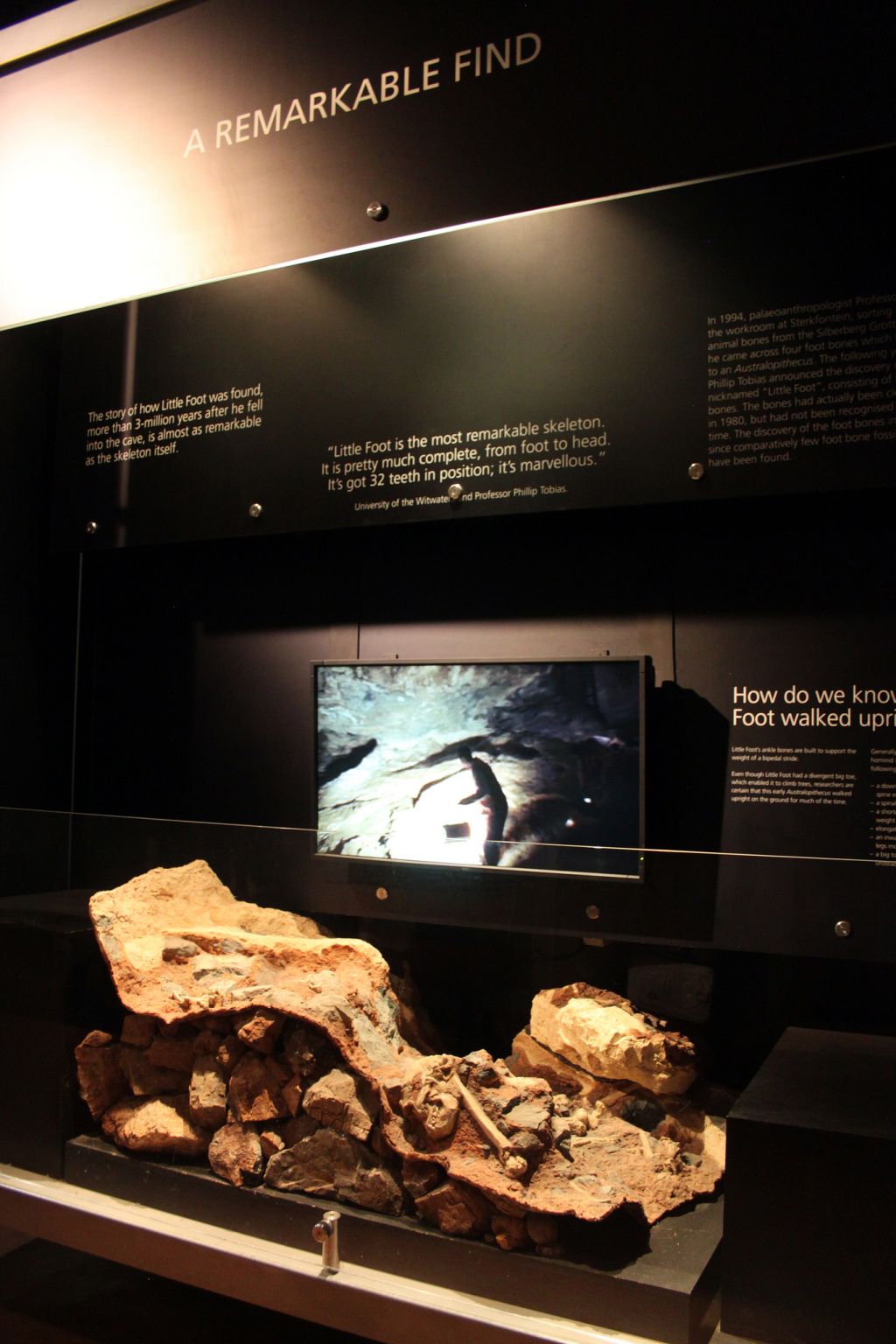 Fossils are the remains of plants and animals that have been preserved in sedimentary rocks. Fossils are generally rare. For every animal that dies, its chances of becoming fossilised are estimated to be less than one in a million. But at the Cradle of Humankind, the chances are greater because the area has the right mix of conditions that promote fossilisation.

How are fossils formed?

For a fossil to be successfully formed and found, a number of steps have to take place in succession. One missed step, and the ancient remains of an animal or plant will either not be preserved, or not be discovered.

Fossils are formed when minerals such as calcium carbonate envelope or replace bones and other organic matter, hardening or casting them within a rock matrix such as breccia that remains unchanged for millions of years.

If the sediment is composed of the right minerals, it can suffuse through the bones and organic material, making them as hard as rock in a process called “mineralisation”. Over millions of years, these fossils are covered by layers of new rock and sediments.

Finally, either through natural occurrences like erosion, earthquakes or human activity, such as limestone mining, the fossils can become exposed again, giving scientists a window to our past.

Evidence from the study of fossils

Palaeontologists examine the age, characteristics and surrounding environment of a fossilised animal to understand its place on the evolutionary timeline.

The age of fossils can be determined using radio-isotope dating on rocks close to them. Some chemical elements occur in slightly different forms called isotopes, and some of these isotopes found in rocks are unstable and decay over millions of years at a set rate.

By checking the amount of decay of an isotope, scientists can work backwards and determine how old a rock is – and from that estimate the age of a fossil.

Once a few species have been classified, experts can start to examine trends in the evolution of animals.

For instance, with fossilised remains of Australopithecus africanus and Homo ergaster in the Sterkfontein deposits, we can see the trend towards a bigger brain as hominids evolved.

The Cradle of Humankind gives us some of the richest evidence of our earliest direct ancestors – Australopithecus africanus and Homo ergaster hominids – and our “distant cousins”, Paranthropus robustus.

Fossils from some of the earliest organisms ever discovered have been found in South Africa and date to about 3.5-billion years ago.

Palaeontologists have also found remains of our distant mammalian ancestors that lived more than 200-million years ago and fossils of some of the earliest known dinosaurs from about the same period, in the Karoo.