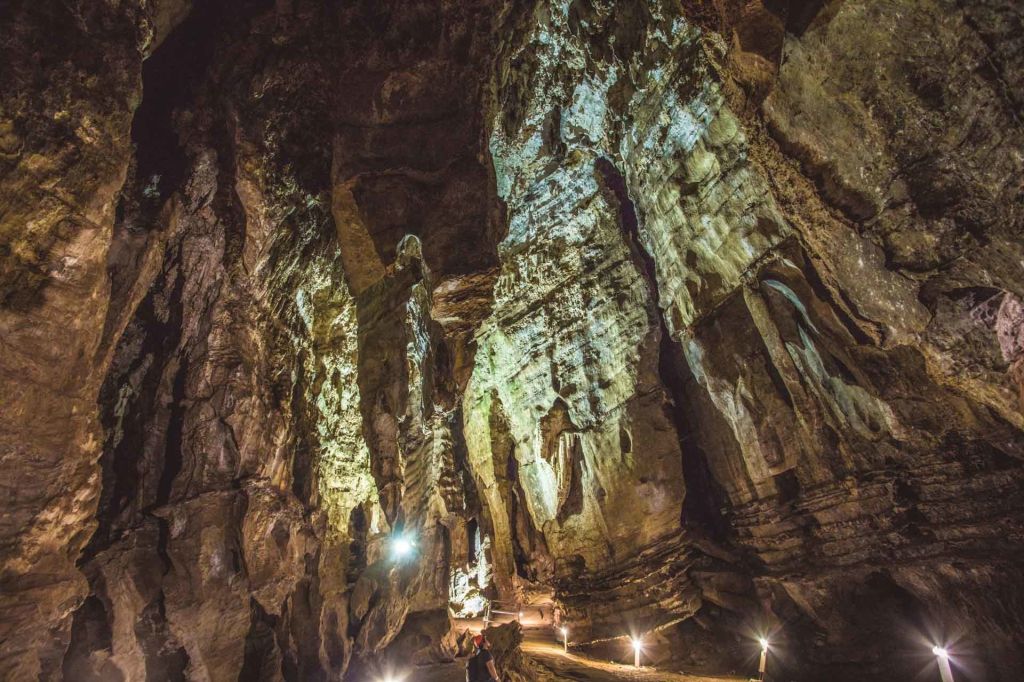 A limestone cave or cavern is a natural cavity that is formed underneath the Earth’s surface that can range from a few metres to many kilometres in length and depth.

Most of the world’s caves, including those at the Cradle of Humankind, are formed in porous limestone. Over millions of years, acidic groundwater or underground rivers dissolve away the limestone, leaving cavities which grow over time.

Early life forms appeared in the oceans about 3.8-billion years ago. These were single-celled, blue-green algae, called cyanobacteria, which made their own food through photosynthesis, releasing oxygen into the atmosphere in the process.

Dolomitic limestone, a sedimentary rock, was formed over millions of years through chemical reactions generated by these early organisms.

With movements within the Earth’s crust, the sedimentary dolomitic limestone eventually became exposed on dry land.

As time passed the limestone, which is permeable and soluble, was eroded by water. Weak carbonic acid in rainwater, reacting with the chemicals in the rock, dissolved and eroded away the limestone as the water filtered into the underlying depths of sediments. Large hollow solution cavities were formed in the limestone in this way.

Many cavities occur at various depths in a cave system due to the continual seepage and flow of the mildly acidic water through the deposits, while underground rivers may eventually carve their way through a mountainside, creating openings and entrances to the outside.

Other cave entrances include pit and depression areas that are located at the tops of caves.

Many beautiful structures – including stalagmites and stalactites – form inside caves as carbonic acid, carrying limestone, drips through cave roofs and onto their floors. Structures inside a cave may require millions of years to develop.

Some of the geological structures that may develop inside a cave include:

“Speleothem” is a general geological term for a deposit of calcium carbonate in a cave, including formations such as stalactites, stalagmites and flowstones.

Flowstones are speleothems (deposits of calcium carbonate) on the walls or floor of a cave formed from a gradual flow of water over a relatively broad area.

The term stalactite comes from the Greek work stalaktos, which means “dripping”, because these other-worldly formations “drip” from the roofs of limestone caves. Essentially, water reacts with carbon-dioxide to form carbonic acid. It then seeps slowly through the roof of the cave, depositing calcium carbonate, which hardens and builds up over time to form a stalactite.

Stalagmites are corresponding formations on the floor of caves to stalactites. Stalagmites rise from the floor in a build-up of calcium carbonate over time, from mineral-bearing water dropped from the roof of the cave. The term stalagmite comes from the Greek word, stalagma, to “drop”.

A formation of calcium carbonate in a cave that grows in a twisted, curled fashion, like a helix (hence the name), seemingly defying the laws of gravity.