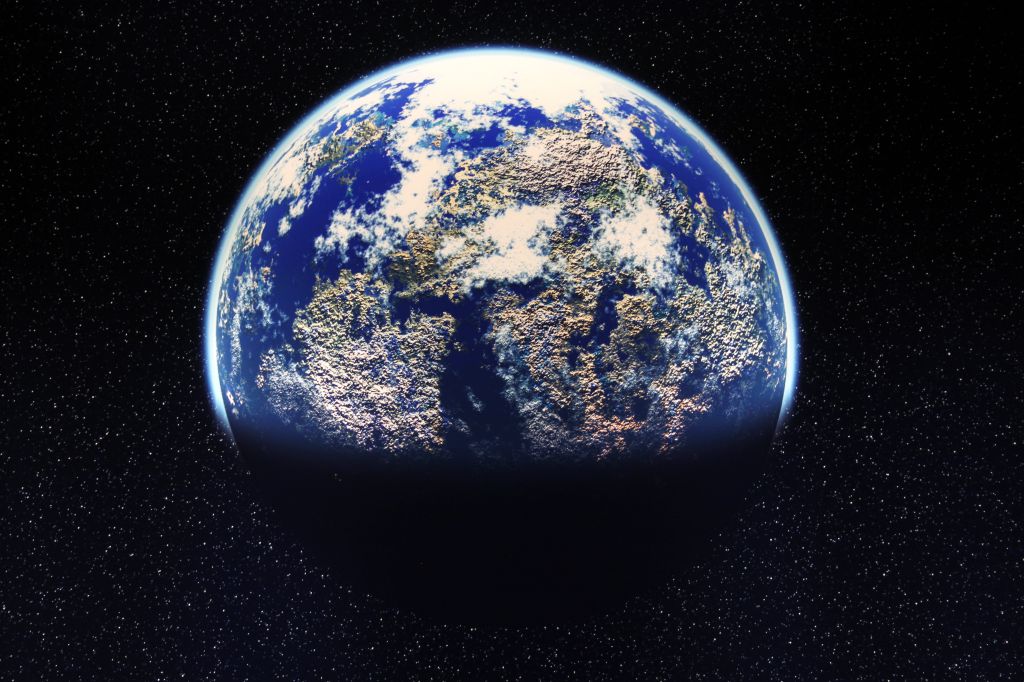 In the beginning, more than 4.6-billion years ago, the world was a ball of burning gas, spinning through space. At first, super-heated gases were able to escape into outer space, but as the Earth cooled, they were held by gravity to form the early atmosphere.

Clouds began to develop as water vapour collected in the air … And then it began to pour with rain, causing the early oceans to rise up.

It took hundreds of millions of years for the first land masses to emerge.

About 250-million years ago, long, long after the Earth had formed, all the continents of the time had joined together to form a super-continent called Pangaea.

This super-continent broke up about 200-million years ago to form two giant continents, Gondwana and Laurasia.

Gondwana comprised what is now Africa, South America, Australia, Antarctica and India. The Indian sub-continent lay off the east coast of Africa, before it broke off and moved north rapidly.

It collided with Asia, creating one of the world’s greatest mountain ranges, which extends for more than 2,500 kilometres – the Himalayas.

By now, our world had started to look like something we would recognise.

The amazing process of plate tectonics, in which the Earth’s land masses move slowly across the Earth’s crust, is still continuing.

Far in the future, some scientists have predicted that the present continents will converge again, to form a new supercontinent.

Only time will tell…

Watch an exciting display of tectonic shift and how the Earth took its current shape at Maropeng.