Twenty caves with antelope, baboon, sabre-toothed cats and rodents, some of which are between 5-million and 4-million years old.

Animal fossils include a jackal skull.

The first specimen of Paranthropus robustus was discovered at this site by a schoolboy, Gert Terblanche, in 1938. The site at which this fossil was discovered (known as “KB”) dates to at least 1.95-million years ago. “KA” is a separate site, associated primarily with the activities of sabre-tooth cats such as Dinofelis.

Abundant fauna including baboon, antelope and an extinct form of zebra. Part of the site was probably a leopard lair. Middle Stone Age deposits with artefacts have been excavated recently.

92 hominid specimens have been discovered here, including Paranthropus robustus and early Homo.

Site with well-preserved fauna, including a sabre-tooth cat.

Many fossils, including an enormous molar tooth of Paranthropus robustus. About 90 000 fossil specimens have been discovered here since 1979.

Wealth of animal and hominid fossils stretching back more than 3-million years. The Makapans Valley was declared part of the Cradle of Humankind World Heritage Site in 2005, and is about 300km from Sterkfontein, near Mokopane in Limpopo province. 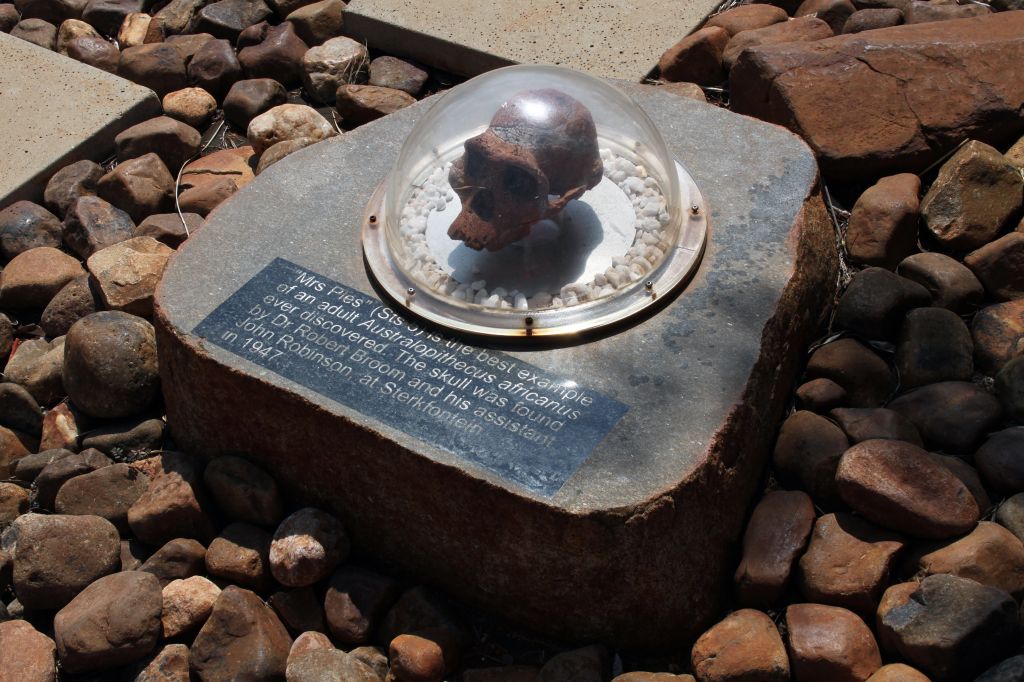 The Taung Skull Fossil Site is where the Taung Child, the type-specimen of Australopithecus africanus, was found in 1924. The site is in the North West province, approximately 300km west of Johannesburg. It was declared part of the Cradle of Humankind World Heritage Site in 2005, along with the Makapans Valley.