Paranthropus robustus lived in the Cradle of Humankind from about 2.5-million to 1-million years ago. It had huge jaws for chewing tough vegetation like roots and tubers. It was not a direct ancestor of humankind, but an ancient cousin. 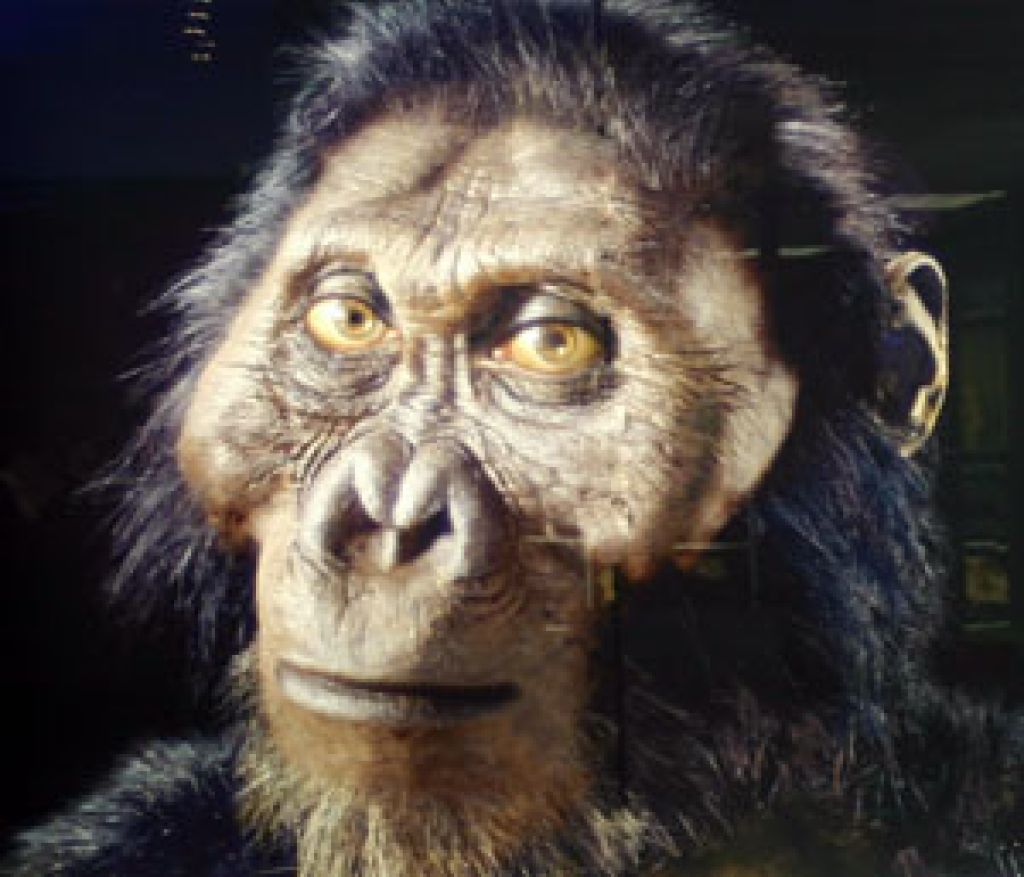 An artist's impression of Paranthropus

In 1948, Dr Robert Broom, director of the Transvaal Museum, and his assistant palaeontologist, John Robinson, discovered a concentration of Paranthropus fossils at Swartkrans, in the Cradle of Humankind. The site became world famous as the place where the strange, flat-faced and massive-jawed hominids had lived nearly 2-million years ago. Later, Dr Bob Brain, a zoologist and palaeontologist, who like Broom, also became director of the Transvaal Museum, excavated the site and found even more Paranthropus specimens. He also found stone tools and evidence of the controlled use of fire – but these appear to be associated with early members of the more advanced genus Homo, which also populated the site.

Several other Paranthropus discoveries have been made within the Cradle of Humankind. Some Paranthropus teeth were excavated from Sterkfontein Member 5, a large Paranthropus tooth was also recovered from Gondolin, a crushed Paranthropus face from Cooper’s, and a large number of Paranthropus specimens from Drimolen.

Fossils of the same Paranthropus genus, but of several species other than robustus, have been discovered in East Africa since Broom’s groundbreaking find. Paranthropusaethiopicus, discovered and named by Camille Arambourg and Yves Coppens in 1967, lived in the Omo Valley of Ethiopia 2.5-million years ago. The first specimen of another species, Paranthropus boisei, was found by Mary Leakey in 1959 at Olduvai Gorge in Tanzania. Additional Paranthropus boisei fossils have been found in Peninj, Tanzania, and at Chesowanja and Lake Turkana in Kenya.

What happened to Paranthropus?

Paranthropus was well adapted to a specialised, mainly vegetarian, diet. As environmental conditions changed it therefore may have been unable to adapt to changes in the available food. Or it may have been wiped out by a species-specific disease. Its decline to extinction also may have been hastened by the presence of a competitor, the early species of the genus Homo.Homo habilis, one of the first hominids in the Homo lineage, was more adaptable and omnivorous, and developed the facility to make stone tools. Homo habilis survived, while Paranthropus, which was not a tool-maker, became extinct about 1-million years ago.

Why is Paranthropus important to our understanding of evolution?

Paranthropus discoveries at the Cradle of Humankind signalled a major shift in thinking about evolution. It became clear that human evolution was not a single chain of adaptations – it was more like a tree or bush of parallel lineages. Some lineages were successful, or able to adapt to changing environments, while others were not and became extinct. The term Paranthropus means “parallel to human”, as these hominids walked upright and lived at about the same time as our direct predecessors in the Homo genus, Homo habilis and Homo ergaster. 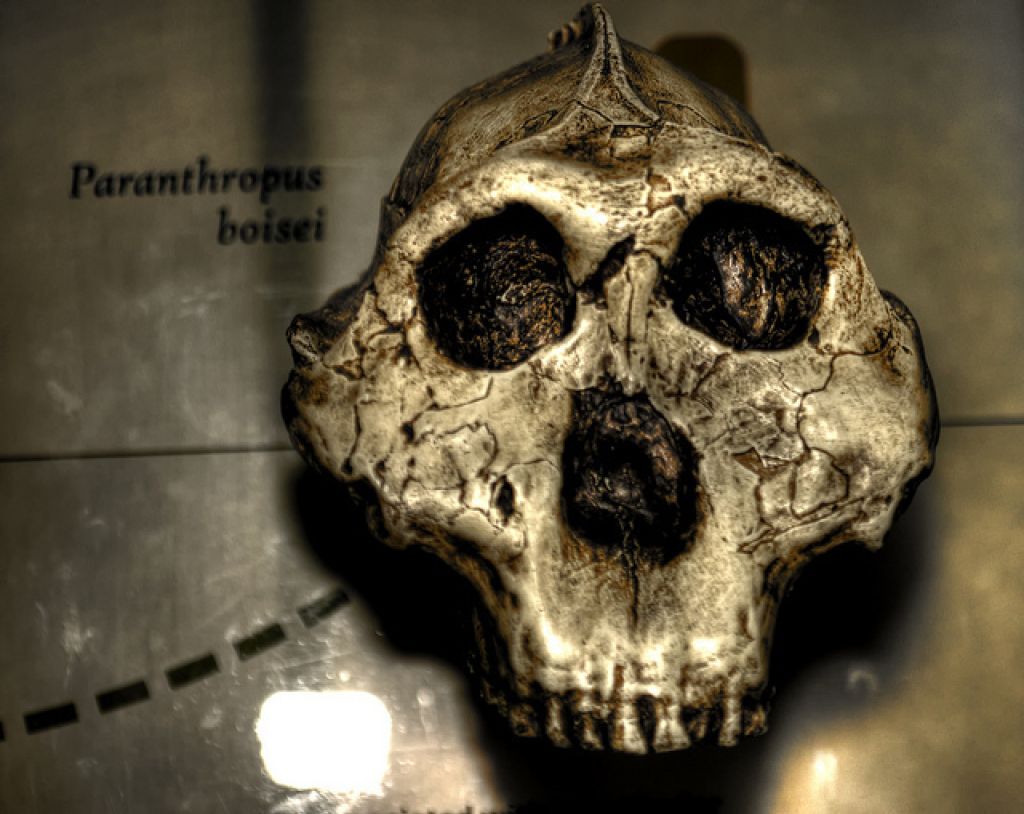 Paranthropus was a relatively small, but powerfully built hominid that averaged 1.1 to 1.4 m (3’ 7” to 4’ 7”) in height, weighed between 32 and 50 kg (70 to 110 lb), and had a brain size less than half that of the average modern human. The males were notably larger and heavier than the females.

Paranthropus’ face and jaw were built for eating tough vegetation. Its large, thickly enamelled molars would have been able to grind the toughest berries and tubers.

The importance of Paranthropus

The discovery of the first Paranthropus robustus at Kromdraai in 1938 helped change the way anthropologists saw the evolution of humankind.

The flat-faced Paranthropus existed in South and East Africa from about 2.5-million to 1-million years ago. Its large jaws and teeth were adapted to grinding tough food such as roots, hard seeds and berries.

An offshoot of the lineage leading to humanity, it was not a direct ancestor, but more like a distant cousin. With the discovery of Paranthropus, scientists realised that the evolutionary path to modern humankind was not a simple sequence in which one set of human ancestors evolved over time, in a neat chain of progression. It is a complicated – and still contested – family tree, with many branches breaking off as species of ancestral relatives became extinct.

How the first Paranthropus was found

In 1938, a schoolboy, Gert Terblanche, discovered a partial skull of a fossil hominid with uncharacteristic features at Kromdraai, in the Cradle of Humankind. He handed the primitive palate and a molar tooth to Sterkfontein’s quarry manager, George Barlow, who regularly gave Dr Robert Broom specimens to examine. When the famous palaeontologist saw the fossil, he immediately set out to find Terblanche. 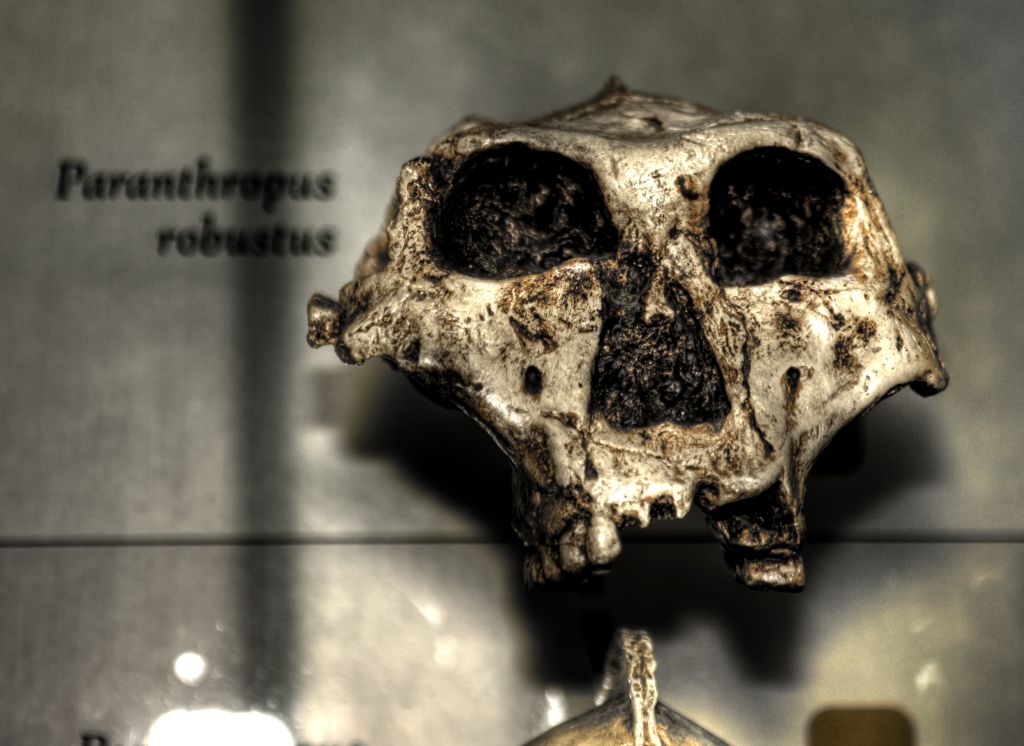 “I naturally went to the school, and found the boy with four of what are perhaps the most valuable teeth in the world in his trouser pocket,” Broom later said.

Terblanche led Broom to the Kromdraai site, where together they found part of the skull and jaw of the same specimen. This discovery led Broom to declare the fossils were evidence of a new hominid genus and species, Paranthropus robustus.Paranthropus had prominent cheekbones, a massive jaw and large teeth.

Later discoveries of Paranthropus at Swartkrans in the Cradle of Humankind and in East Africa showed the males had a bone ridge or “sagittal crest” on the top of their heads to which powerful muscles were attached.

These heavy-chewing adaptations led Broom and his colleague, John Robinson, to affirm that this hominid was in a separate genus to Australopithecus, which many palaeoanthropologists think is a more direct ancestor of modern humans.

Some palaeoanthropologists still debate whether Paranthropus is truly another genus of hominid or just a robust species of Australopithecus, but the trend in recent years has been to agree with Broom and keep it in a separate genus.

How the different species weigh up