Guglielmo Martinaglia, an Italian miner, blasted through the surface openings of the Sterkfontein Caves in 1896. At roughly the same time, members of the South African Geological Society reported interesting cave formations and fossils in the caves. Martinaglia, however, wanted to exploit the lime in the cave for its commercial potential in the gold mining and construction industries.

The geologists called for the Sterkfontein Caves to be protected in the 1890s. David Draper, a respected geologist of the time, persuaded the miners to preserve the main cave because of its stalactites, stalagmites and pristine underground lake, but mining continued in the area. Signs of the lime workers’ activities can still be seen. 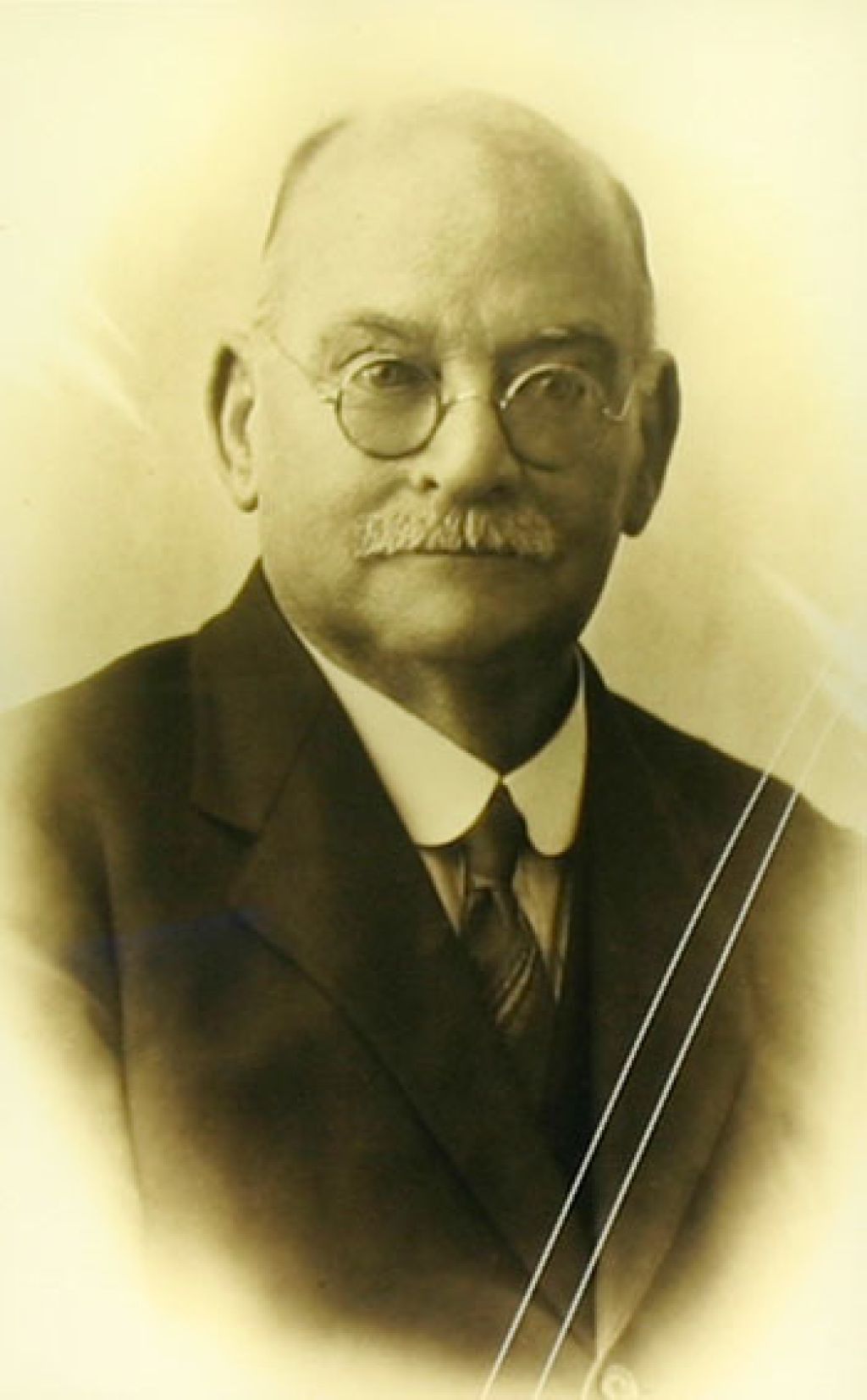 From about the 1920s, the caves started to become popular with tourists. Souvenir collectors took or purchased fossils from the site. The owner at the time, RM Cooper, wrote a booklet in which he encouraged visitors to come to the Sterkfontein Caves to “find the missing link”.

In 1935, Trevor Jones, a student of Professor Raymond Dart, who was head of the Department of Anatomy at the University of the Witwatersrand in Johannesburg, collected fossil monkeys from lime miners’ dumps at Sterkfontein. In 1937, he published a description of an extinct species he called Parapapio broomi, in honour of Dr Robert Broom, who was a famous palaeontologist based at the Transvaal Museum in Pretoria. In turn, Broom himself described a second species of monkey from Sterkfontein as Parapapio jonesi, in honour of Jones. In 1936, two more of Dart’s students, Harding le Riche and GWH Schepers, also collected fossil monkeys from the lime miners and took them to Broom.

Broom accompanied the students to Sterkfontein on August 9 1936 and asked the mine manager, George Barlow, if he had ever found a fossil like the Taung Skull, the type specimen of Australopithecus africanus, which had been found in 1924 at Taung in the North West Province of South Africa. Taung is now also officially part of the Cradle of Humankind World Heritage Site.

Eight days later, on August 17 1936, Barlow handed Broom the natural breccia cast of the inside of a braincase. Broom recognised this as a primate with a chimpanzee-sized brain. He looked over the dumps and discovered parts of the crushed skull matching the breccia cast. The teeth were human-like: it clearly represented an adult Australopithecus. Broom named the specimen (catalogued as TM 1511) Australopithecus transvaalensis (“southern ape of the Transvaal”), although it has since been reclassified as Australopithecus africanus, the same as the Taung Child. Broom went on to recover many other specimens of Australopithecus from the lime miners’ dumps.

In the 1940s, the discovery of a long-extinct hunting hyena fossil from lime miners’ dumps of the lower Member 2 in the Silberberg Grotto of Sterkfontein led Broom to appreciate the Pliocene antiquity of the deposits, which have more recently been dated to between about 4.2-million and 3.3-million years old.

Thus, although the palaeontological potential of Sterkfontein was recognised in the late 19th century, it was only after Broom’s discovery of an australopithecine skull in 1936 that serious scientific excavations began.

The mining no doubt destroyed much of the palaeoanthropological and archaeological record in the area. Broom wrote in 1946:

“It is sad to think that for nearly 40 years no scientist ever paid the slightest attention to these caves and probably some dozens of skulls of ape-men and all the bones of their skeletons were burnt in lime kilns.”

But most fossils were probably lost due to the miners giving away or selling fossils and pieces of breccia to visitors as curios.

Gold was discovered on the Witwatersrand in the 1880s, prompting hundreds of thousands of prospectors from all over the world to rush to the area in the hope of finding their fortunes.

Lime was needed in the chemical extraction of gold. The gold mining industry thus sparked a second industry in lime mining. When lime was discovered in the Sterkfontein Caves in considerable quantities, miners converged on the site. 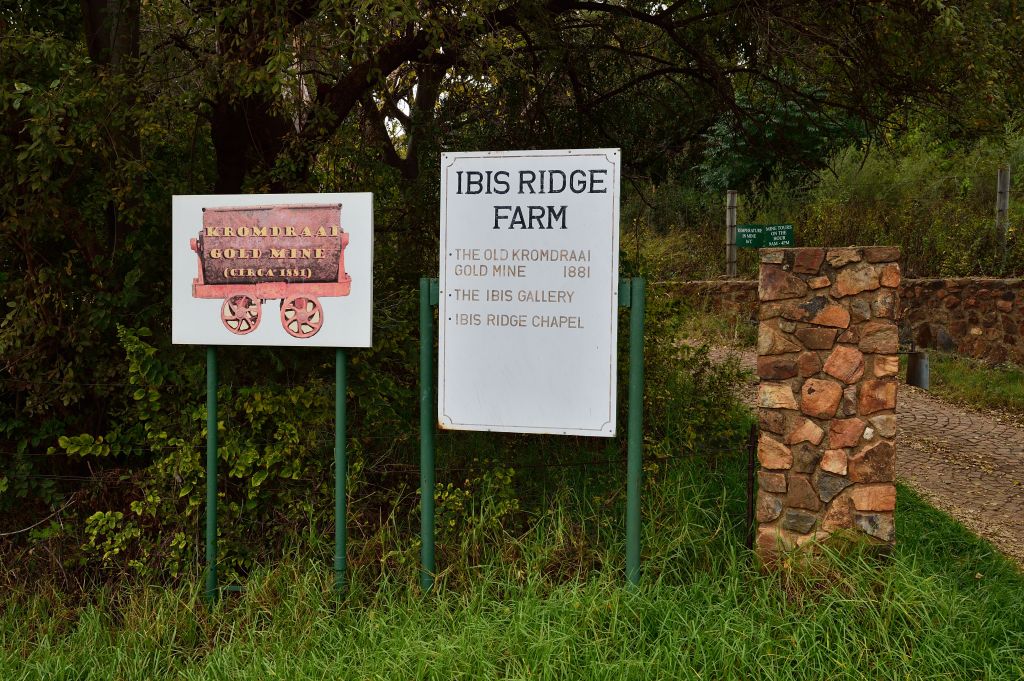 Entrance to the old Kromdraai mine

Gold was first discovered on the Witwatersrand area in 1884, leading to the biggest gold rush the world has ever seen. Many small mines sprang up as prospectors mined surface and shallow deposits, then sank shafts into the ground and blasted out tunnels. The mines and processing works had a considerable impact on the environment through the appearance of underground and surface workings, spoil heaps, processing plants and mine buildings. The processing works used cyanide and other chemicals which polluted the ground and water. The old Kromdraai gold mine near Sterkfontein can be visited in the Cradle of Humankind, where widescale prospecting also took place.

The Sterkfontein Caves attracted miners because of the extensive deposits of calcium carbonate in the form of stalactites, stalagmites and flowstone. Calcium carbonate is a chemical combination of calcium, carbon and oxygen. When burned, it yields lime – what the miners were really after.

Lime and gold mining changed the landscape in and around the Cradle of Humankind World Heritage Site forever.