On 11 November each year, millions around the world mark Remembrance Day, in tribute to lives lost in World War I. In 2020, on this day, we remember all those who lost their lives, and are currently struggling, in conflicts all over the world.

South Africa’s own history means there are many old battlefields in areas across our country. Celebrated environmentalist and author, Vincent Carruthers is producing a three-part series for Maropeng on old battlefield sites in the Cradle of Humankind. Here’s the first instalment, on the battle of Dwarsvlei.

The battle of Dwarsvlei took place a stone’s throw from Maropeng in July 1900.

When the South African War was declared in October 1899 between the Boers and the British, the Boers drove the British forces back into the colonies of what was then known as the Cape and Natal.

The following year the tables were turned: the British invaded the Transvaal and captured Johannesburg and Pretoria. But within a month the pendulum swung again – the Boers revitalised their shattered commandos and embarked on two years of gruelling guerrilla warfare. The battle of Dwarsvlei was the first in a series of Boer victories during this phase.

On 11 July 1900 a British column under the command of General Horace Smith-Dorrien left Krugersdorp to link up with reinforcements from the Rietfontein camp (now Hartbeespoort Dam), and the combined column was to march to Rustenburg.

On the Boer side, General Sarel Oosthuizen, nicknamed “Rooibul” because of his large red beard, planned to ambush the column as it crossed his own farm, Dwarsvlei, 15km outside Krugersdorp. He had already won fame for his courage on the Natal battlefields and it was he who had captured Winston Churchill.

Dwarsvlei was an ideal position for an ambush. The Witwatersberg overlooks the intersection where the Krugersdorp-Hekpoort road crosses the road from Broederstroom to Maropeng. In those days the intersection was a simple crossroad, not the offset dogleg it is today. Oosthuizen deployed his men along the crests of the surrounding ridges and there they waited in silence as the British marched towards them. When the column reached the intersection, the Boers opened fire. 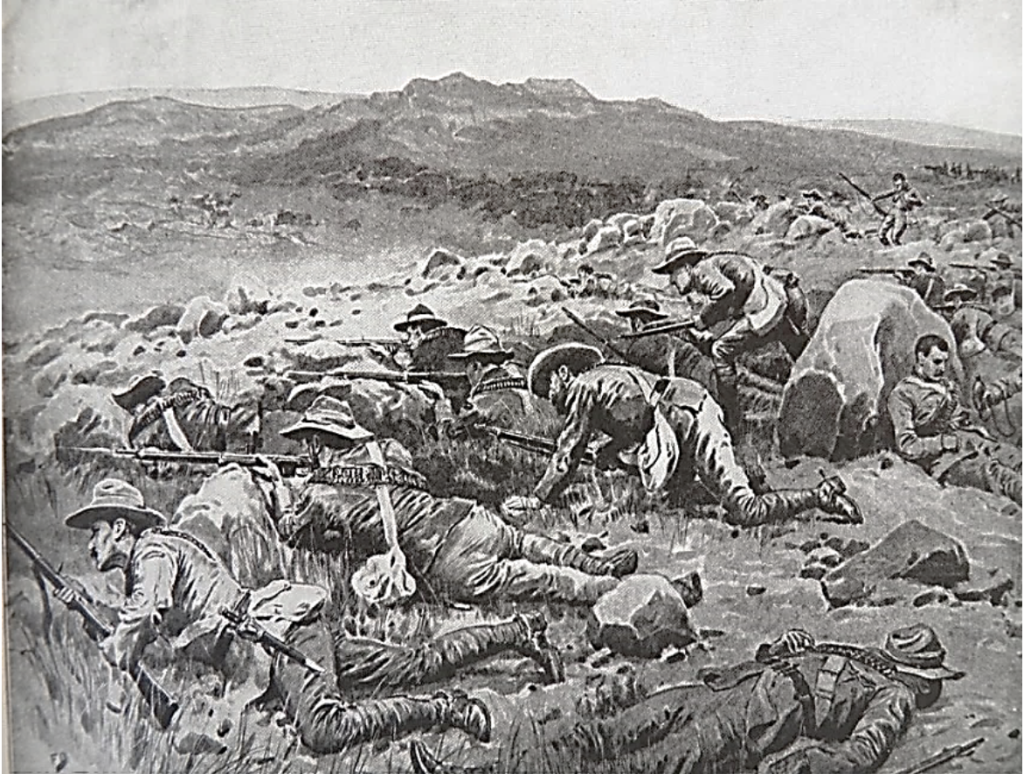 Smith-Dorrien’s artillery galloped forward enthusiastically but came too close to the Boer riflemen on the high ground. Within half an hour 14 of the 17 gunners had been hit and the horses shot down in their harnesses. Dead and wounded men lay trapped behind hastily constructed sangars.

The battle continued throughout the day with extraordinary acts of courage on both sides. The British held off repeated attempts by the Boers to capture the guns and wagons. The section commander, Lieutenant Turner, who was wounded three times, continued to try to fire the guns alone. 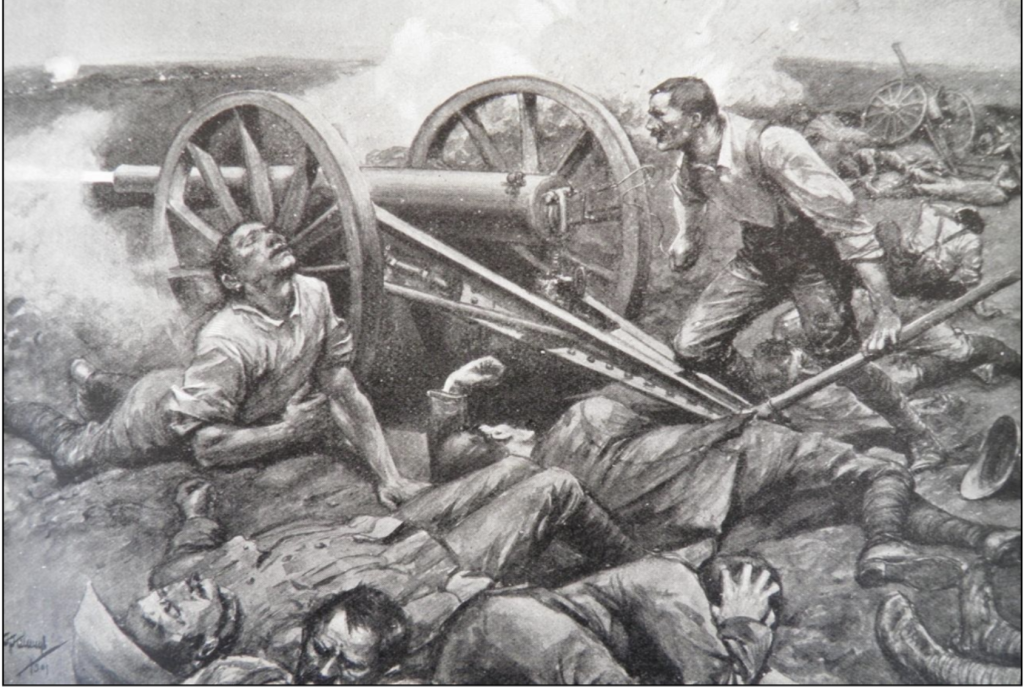 Later, Captains WE Gordon and DR Younger each won a Victoria Cross for attempting to bring the guns to safety. Younger and three other Scottish Highlanders were killed in the endeavour and a fourth man, Corporal JF Mackay, was commended for decoration for carrying Younger’s body out of the firing line.

At dusk General Oosthuizen personally led a final and desperate charge against the guns. Just a few metres from his objective he was mortally wounded and died some weeks later. That night the Boers fell back and the British managed to limp back to Krugersdorp.

As you approach Maropeng on the R564 and turn onto the R400, look up at the ridge beyond and pause to recall the many men on both sides who died on that spot – where the Boers lost one of their most gallant generals and two British soldiers won their country’s supreme decoration for valour.