Every year in November, millions of people around the world mark Remembrance Day, in tribute to lives lost in World War I. In 2020, as we remember them, we also pay tribute to all who lost their lives, and are currently struggling, in conflicts all over the world.

South Africa’s own history means there are many old battlefields across our country. Celebrated environmentalist and author Vincent Carruthers is producing a three-part series for Maropeng on old battlefield sites in the Cradle of Humankind. You can find the first instalment on the Battle of Dwarsvlei here, and the second instalment, on the Battle of Kalkheuwel here.

Here’s the third and final instalment, on the secret Swartkop Commando.

After the British occupied Pretoria during the South African War in 1900, a secret Boer commando operated in what is now the Cradle of Humankind. Everyday, Boer farmers who had sworn an oath of neutrality would surreptitiously leave their farms and climb Swartkop, the conspicuous, saddle-backed hill at the confluence of the Bloubank and the Crocodile rivers (near Glenburn Lodge and Kloofzicht).

From there they had a grand view from Krugersdorp (Mogale City) to Johannesburg and northward to the Magaliesberg and they could watch the movement of British troops while their colleagues carried out guerrilla raids to replenish supplies.

Favourite targets for their raids were the local hensoppers (Boers who continued to honour the oath of neutrality), who were regarded as traitors deserving to be robbed. Arms, ammunition, saddlery and clothing were stored in the Sterkfontein and other caves in the area. 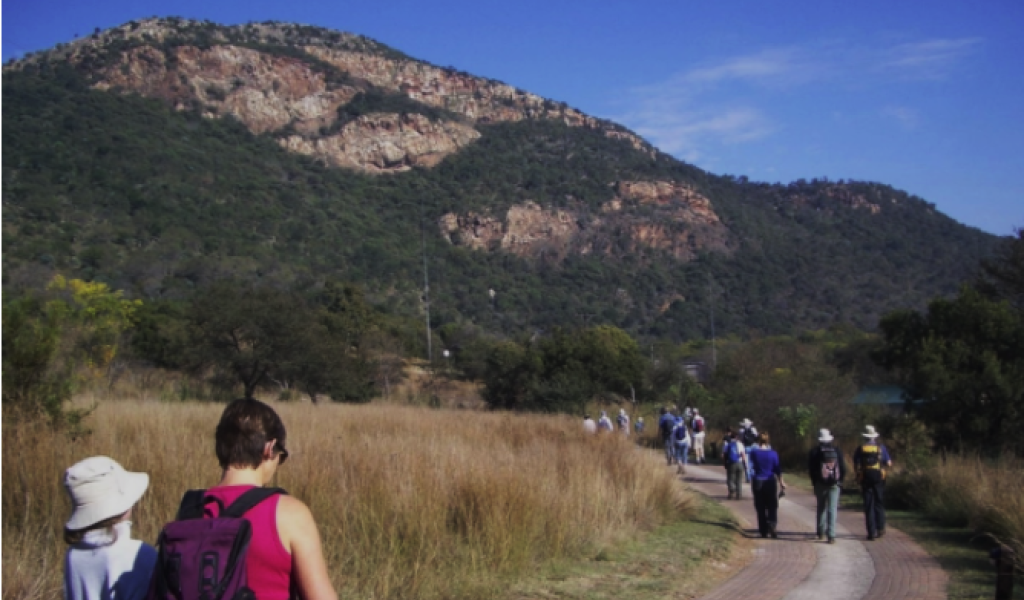 The British commander in Krugersdorp, Major-General Geoffrey Barton, was aware of this activity, but the patrols he sent out were easily spotted and the Boers quickly returned to their farms in apparent innocence. They called themselves the Swartkop Commando and were led by Veld Cornet Frans van Zyl, owner of the farm Tweefontein, now the site of the Cradle Boutique Hotel. Most of what we know of them comes from the diary of a Swiss geologist, Max Weber, who was fighting with them.

In November 1900, General RAP Clements led a column out of Krugersdorp to drive the Boers from their strongholds north of Krugersdorp. For five days he destroyed property belonging to recalcitrant burghers in the Cradle area and then moved to Hekpoort to continue burning farms in the Magaliesberg valley. It was while he was there that he suffered a devastating defeat by the combined forces of Generals de la Rey and Beyers on 13 December.

Soon after the battle, General Beyers’s victorious army of hundreds of mounted men, complete with guns and wagons, passed through the Cradle region and camped below the Swartkop hill. Beyers needed to pass close to Johannesburg and the Swartkop Commando was sent to create a diversion.

On Christmas Eve, they quietly climbed the Little Falls Ridge and laid a dynamite charge with a long fuse under the railway line near Roodepoort. While the fuse fizzled away, they set another charge under a culvert nearer Krugersdorp. With the first explosion, the British immediately dispatched an armoured train to the scene. As it passed over the culvert, the Boers detonated the second blast and destroyed the train. They then ran for their lives, sliding down the slope at what is now the Walter Sisulu National Botanical Garden and returning to the safety of Swartkop.

The mission was successful and Beyers returned safely to the northern Transvaal, but it was the Swartkop Commando’s last significant action in the war. Their demise came in April 1901 when the famous cavalry officer, Lieutenant-General Sir John French, led a massive campaign to do the job that Clements had failed to do.

Weber described the ominous advance: “Like cloud-shadows, the dark masses of French’s cavalry were passing down the long mountain slopes. More kept appearing on the roads above. They then spread out like a fan and disappeared in the trees of Sterkfontein.” As they advanced, their artillery shelled Swartkop from the Krugersdorp ridge, preventing its use as a lookout point.

The Boers tried to flee north towards the Magaliesberg, but few escaped. Those who fell that day are buried in a small cemetery on Tweefontein. 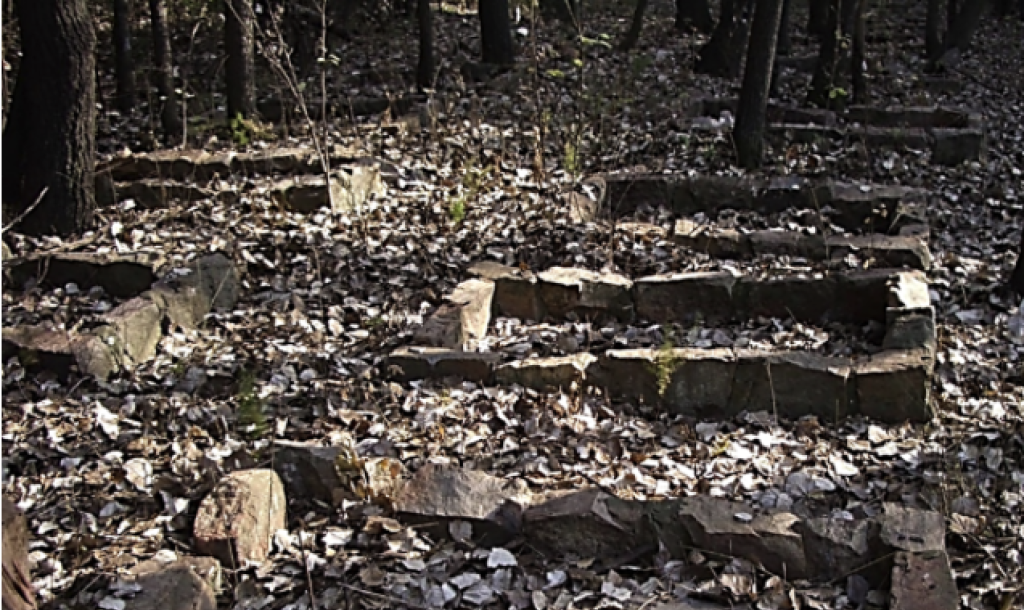 A dangerous standoff took place when six Boer snipers took cover in the Kromdraai mine. Major RA Browne led a group of men after them and in the pitch-black labyrinth of stopes and adits the two opposing groups were uncertain which was the hunter and which was the hunted. Eventually the Boers were captured, and Browne and Lance-Corporal Turnbull were honoured for their courage.

By mid-1901, General Barton was in full control of the region with the South African Constabulary stationed at several bases. The best known of these is “Barton’s Folly”, a small fort at the foot of the Hekpoort pass. Its name does not mean that Barton built it in error, as many people think – follies were fancy pavilions that the Victorian gentry built on their large estates in England and this fort was jokingly suggestive of such a folly in General Barton’s extensive area of command. It stands today as a reminder of the little-known escapade of the Swartkop Commando. 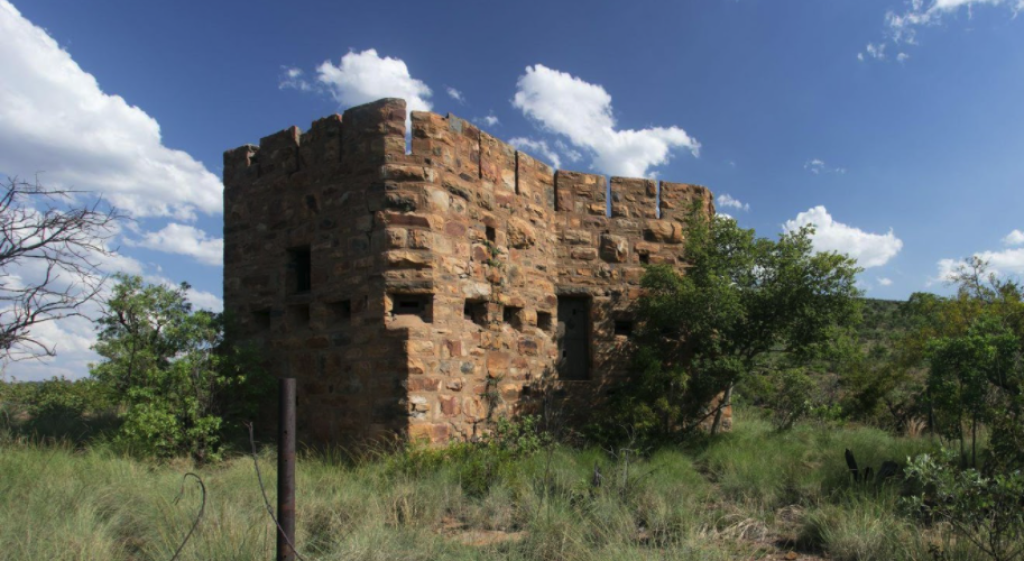