It starts with a rustle in the trees overhead.

Then, a very hairy, yet familiar foot appears through the leaves.

Next, a pair of hands comes into view as the creature shimmies down the tree, curved fingers perfectly grasping the branches on its way down.

It reaches the ground, takes a step down and … stands upright, just like a modern human would.

Except, this is not a modern human; this is a distant cousin – at best, an ancient ancestor of humans.

This is Homo naledi. 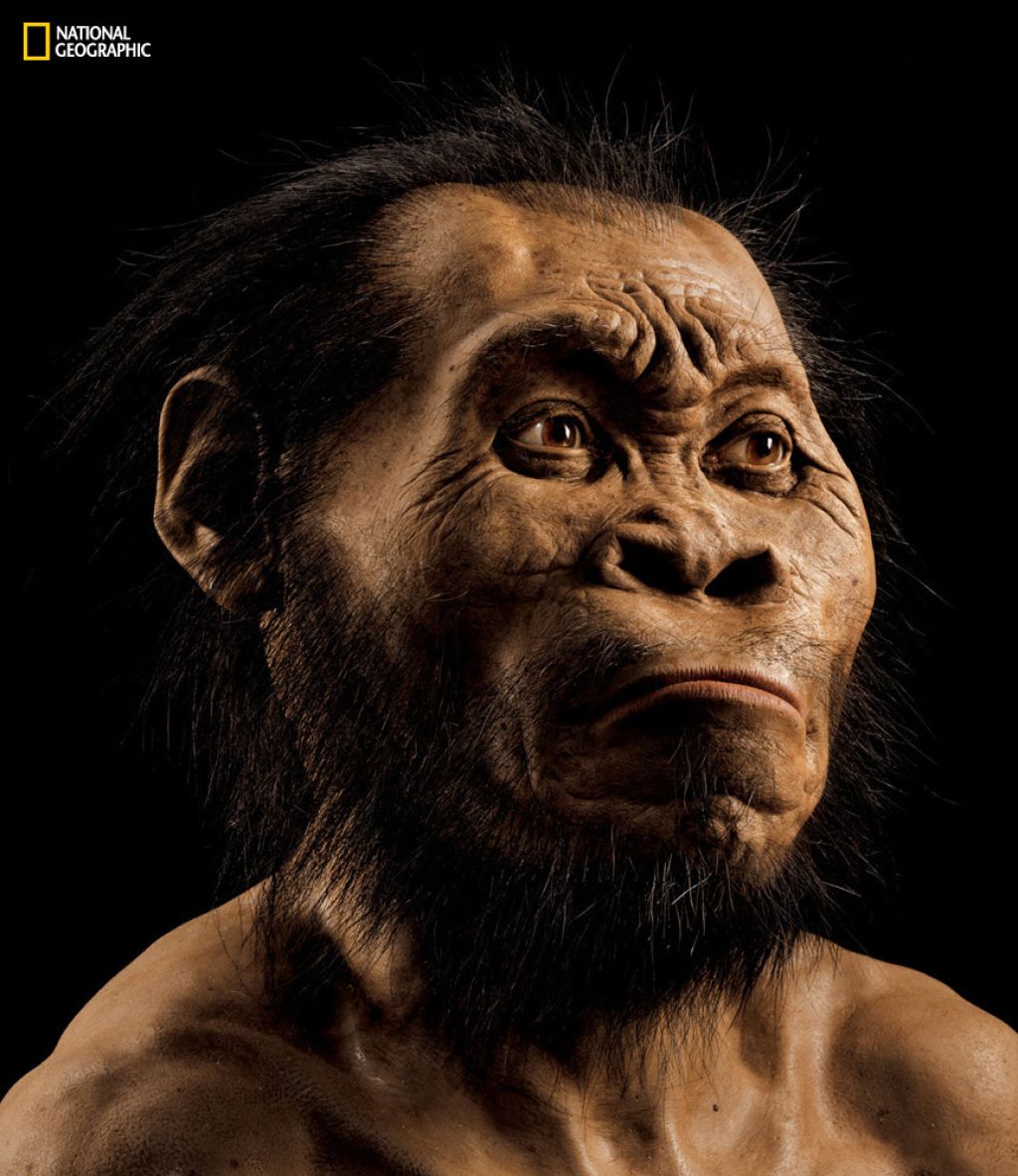 A reconstruction of Homo naledi’s head by paleoartist John Gurche, who spent some 700 hours recreating the head from bone scans. The find was announced by the University of the Witwatersrand, the National Geographic Society and the South African National Research Foundation and published in the journal eLife. Photo by Mark Thiessen/National Geographic

No bones about it

Scientists and non-scientists alike have been fascinated by the latest major discovery of hominin fossils since it was announced to the world last month, right here at Maropeng.

The find is likely to yield “decades of research”, according to Professor Lee Berger of the University of the Witwatersrand, who headed up the expedition. And already more details are starting to emerge from those studying the bones.

The latestpapers on Homo naledi, published in scientific journal Nature Communications recently, take a closer look at the fossilised hands and feet. Thanks to the fossils’ location, deep inside an almost-inaccessible cave known as the Dinaledi Chamber, they have been spectacularly preserved, and thus are ideal specimens for study. 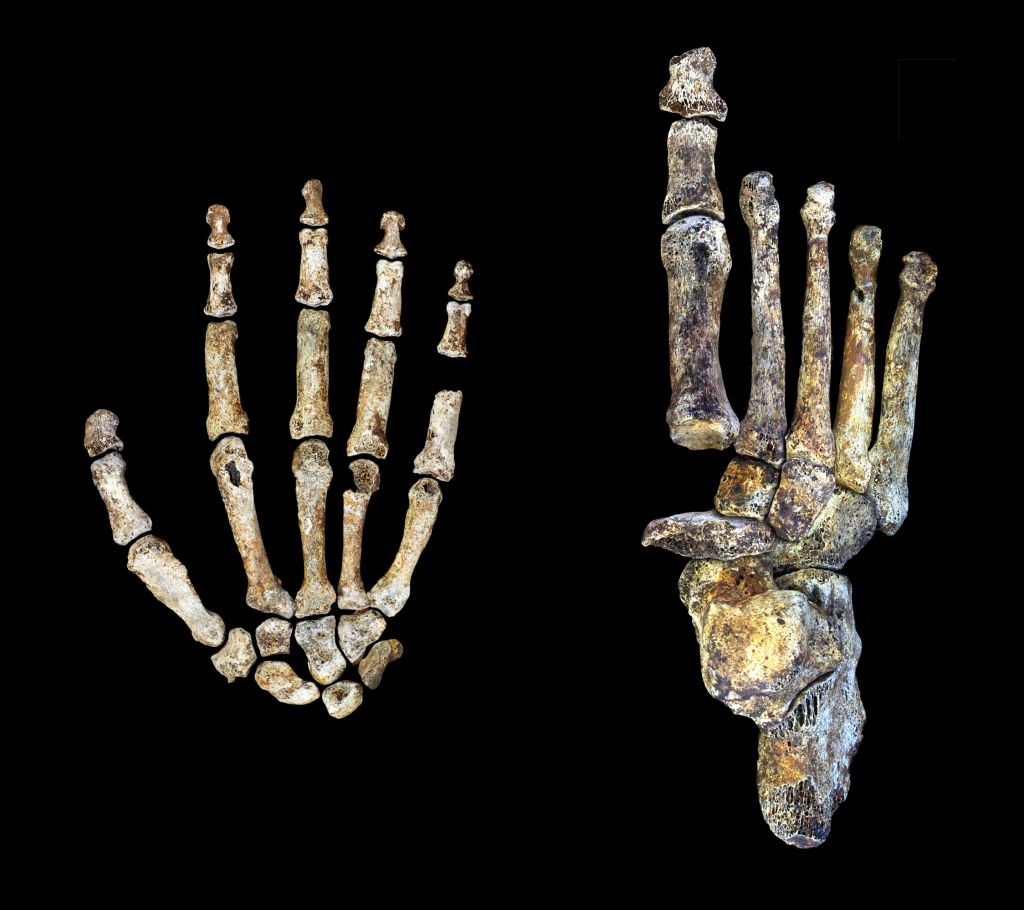 A hand and foot found at the Dinaledi Chamber. Photo courtesy of Peter Schmid and William Harcourt-Smith, Wits University

Lead author William Harcourt-Smith and colleagues described the Homo naledi foot based on 107 bone elements from the Dinaledi Chamber. They show that it shares many features with a modern human foot, indicating Homo naledi was well adapted for standing and walking on two feet.

“Homo naledi feet are like yours and mine in so many ways, it is easier to just point out the subtle differences,” co-author Jeremy DeSilva told Gizmodo. “The heel appears to be a bit less robust than ours, the arch is a tad flatter, and the toes are a bit more curved.”

Lead author Tracy Kivell and colleagues described the Homo naledi hand based on nearly 150 hand bones, including a nearly complete adult right hand (missing only one wrist bone) of a single individual, which is a rare find in the fossil record. The wrist bones and thumb show features that are shared with Neanderthals and humans, and suggest powerful grasping ability, needed for using tools.

The picture we are starting to build of Homo naledi is an intriguing one. Here is a hominin species that was adept at climbing, as well as walking upright on two feet. It was as comfortable grappling along branches as it was using rudimentary tools.

“You can imagine that during the day, when it was out and about, it was mostly on the ground. But for things like going to feed or to hide from predators, it would have gone into the trees,” Harcourt-Smith told the BBC.

Despite these specialised tool-handling abilities, no tools have been found among Homo naledi’s remains at the Dinaledi cave … yet.

Add the fact that Homo naledi had a small brain – about the size of your fist – and it becomes more challenging to determine just what the species was capable of.

Then there’s the question of where it fits into to the evolutionary timeline. Are we direct descendants, or only very distantly related cousins?

These questions are being debated at the highest levels by academic institutions around the world. This is how science works – robust debate, reproducible results and peer review will help to organise the growing body of evidence coming out of one remarkable cave north of Johannesburg.

No more monkeying around

One thing that became abundantly clear shortly after the initial Homo naledi announcement is the need for further public education in the area of palaeoanthropology (a term many will battle to spell, never mind explain) and evolutionary theory.

With many wondering whether Homo naledi can be described as “the missing link”, DeSilva warned against the use of the term altogether.

“The ‘missing link’ concept is based on an old and misguided idea that humans evolved from apes as we know them today and the resulting expectation that fossils would reveal a half-human, half-ape ancestor,” he told Gizmodo. “But that is not how evolution works! Apes have evolved, too.”

For many, the idea that we are “descended from apes” is insulting and hard to accept. It is also not what modern science tells us. Rather, humans share a common ancestor with chimpanzees – one that was neither human nor chimpanzee.

One thing seems certain: the very first traces of modern humanity can be traced back to this continent; we are all from Africa.

As legendary palaeoanthropologist Phillip Tobias put it: “Humanity was a gift from Africa to the world.” 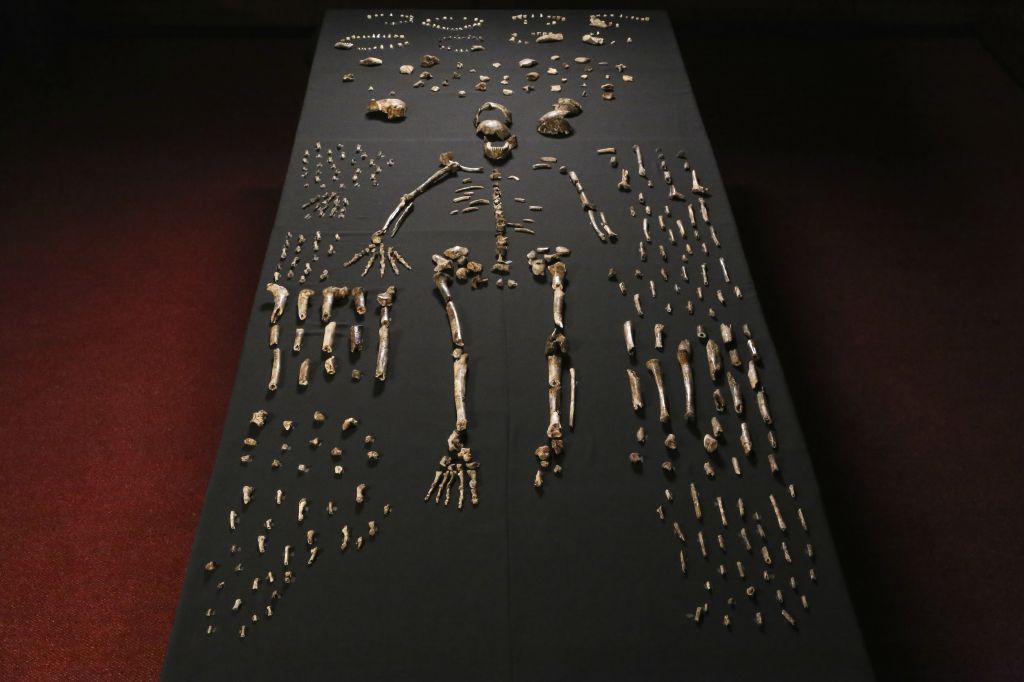