A small cave nestled in the Cradle of Humankind World Heritage Site has become the backdrop for one of the most compelling stories in the world - the discovery of a new ancient human relative, Homo naledi.

The stunning discovery was made in September 2013 by research teams from the University of the Witwatersrand and has been announced to the world at the Maropeng Visitors Centre today.

Homo naledi, has been named after the Dinaledi cave system in which it was found. “Naledi” means “star” in Setswana. The fossils of this newest member of our genus are incredibly unique for a number of reasons, says Professor Lee Berger, who led the Rising Star expedition into the cave system to recover fossils from the site.

“They would stand at about 1.5m tall. They had tiny brains – slightly larger than an orange. That is as small as the smallest Australopithicenes we have seen. Yet a cranial shape that’s that of a member of our genus.

“From midway down the arm, right through to the wrist and the palm – this species looks like a human. The thumb is utterly unique and long. The hand itself is approximately proportioned like a human, but the phalanges and fingers are hyper curved. So curved that the only creature we have with curvature like that are four- or five-million-year-old primitive members of our species. We have no idea what that means,” says Berger. 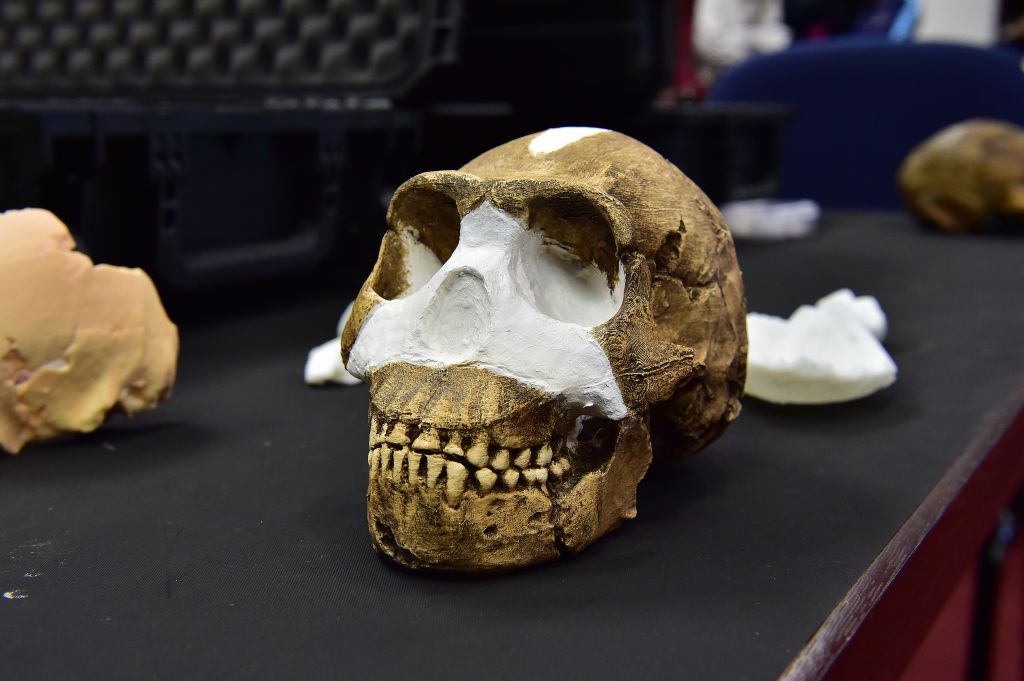 The newest member of the genus Homo. Meet Homo naledi

More uniquely though, is the context in which the fossils were discovered. They were simply lying on the floor of the remote deep underground cave – something that is itself unprecedented, Berger says.

Perhaps the most intriguing part of the discovery was the fact that the the remains of Homo naledi appeared to have been deliberately disposed of inside the remote chamber over a period of time in a ritualistic manner. “That’s something that previously, we thought was confined to only modern human behaviour,” Berger adds.

“We have males and females, we have near-foetal age individuals, we have infants, children, teens, tweens and the extreme elderly,” says Berger.

“We know that no predator was involved in this. No marks on any of the bones. They had not been dragged into this remote, deep location. They sit in this deep chamber that took us 45 minutes to reach with modern equipment. And we have come to this inevitable conclusion that this was a deliberate body disposal situation.

“What is remarkable about that – this is the first time in all of history that human beings have encountered a non-human species that deliberately disposes of its dead,” adds Berger. 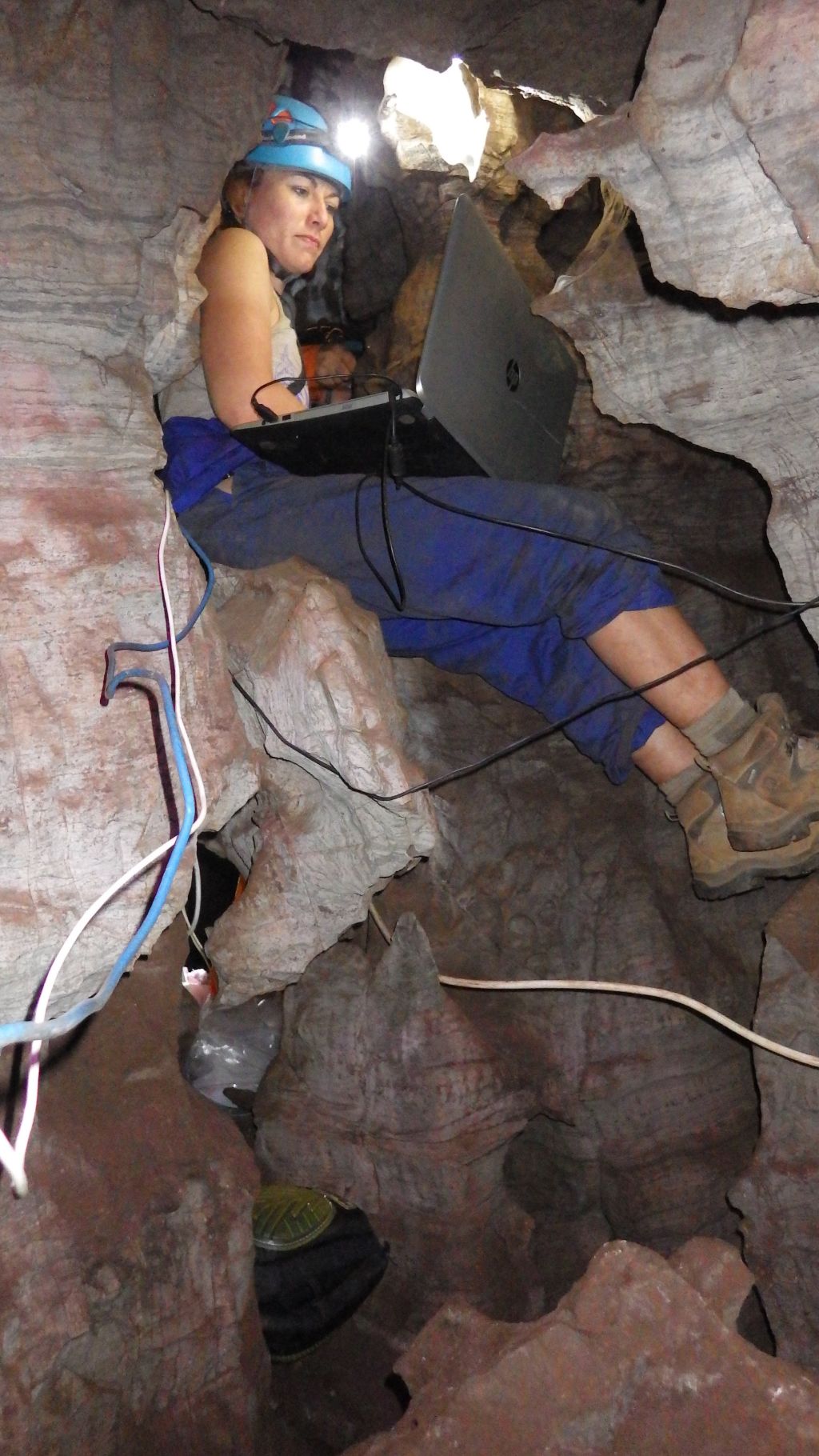 Scientists had to squeeze through a chute that narrowed to 17cm in width at one point, to access the chamber in the Dinaledi system 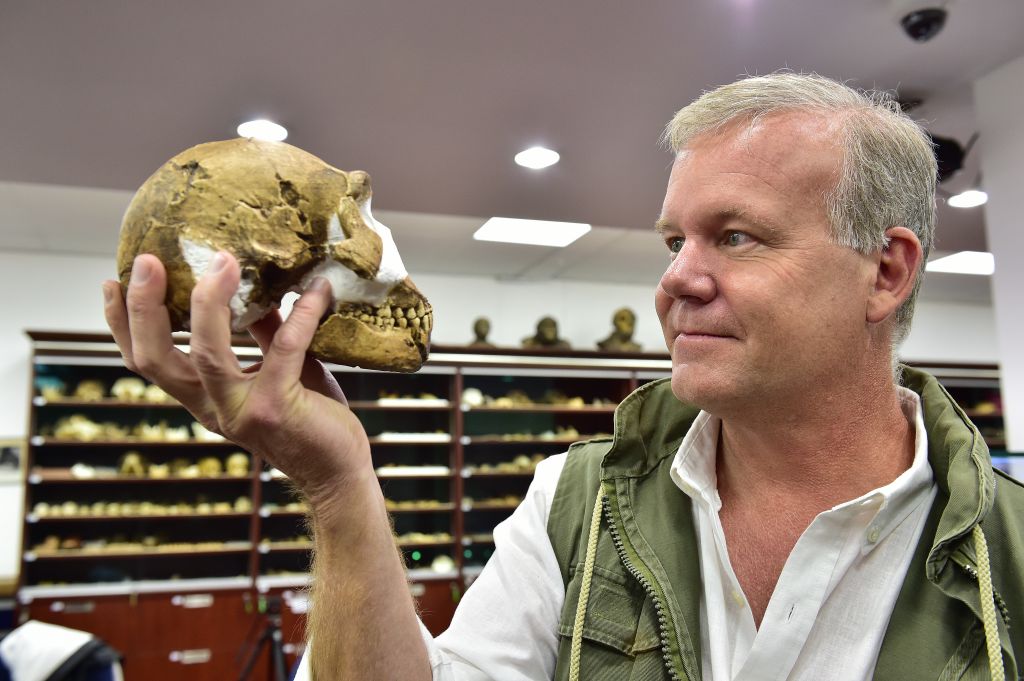 Homonaledi seemed aware of its own mortality, a trait that was thought to be unique to humans, says Professor Lee Berger

“This is a unique moment in history. Where that goes and studies that are undertaken beyond this, some may go beyond the realm of science, but they may actually go on to contemplate what makes us human now,” says Berger.

The sheer number of fossils in the cave was also unprecedented. By the end of the 21-day expedition, the team recovered the largest assemblage of primitive hominin specimens ever discovered on the continent of Africa.

At the launch, scientists revealed their findings on 1 550 individual hominin remains – in more than 60 papers released online.

“That is more individual remains than have been discovered in the previous 90 years in South Africa,” says Berger.

The historic fossils will be on display at Maropeng for a month to allow as many people as possible to get a chance to see the remarkable find.