Top tip: Take advantage of our current rates in the upcoming year by booking and paying for all your 2020 conferences in 2019.

“Remote” and “remarkable” – these are words used by delegates to describe Maropeng’s world-class conferencing facilities in the Cradle of Humankind World Heritage Site. Over the years, the iconic Maropeng Visitor Centre has hosted a number of prestigious events, ranging from gala dinners to strategy sessions.

Our world-class facilities have allowed us to provide a platform for an array of universal topics and helped us bring together world-renowned delegates for the grand unveiling of an important discovery. So, in no particular order, here are some noteworthy events that took place at the Maropeng Conference Centre.

From 10 September to 1 October 2017, Land Rover chose Maropeng to host two of its major events. The first was the illustrious launch of the 2017 Range Rover Evoque, which was followed by a fully serviced strategy session that rewarded delegates with an unforgettable three-week experience while they focused on developing new business plans and tactics.

“One of the best things about a conference at Maropeng is that it gets you out of the city setting, which encourages participants to recharge and think more creatively,” says Maropeng MD Michael Worsnip. “Yet we’re close enough to both Johannesburg and Pretoria for people travel conveniently.” 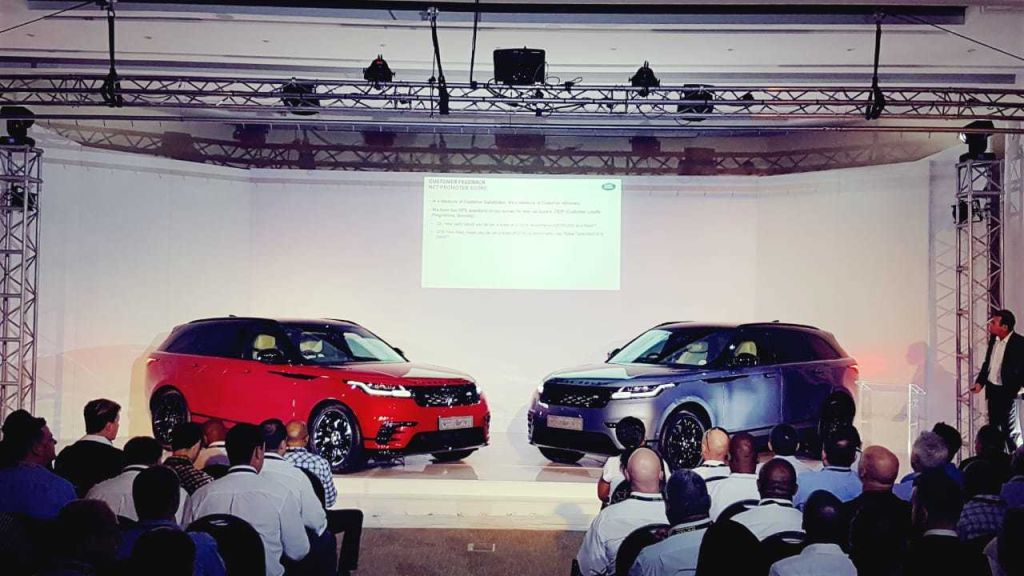 Since 2011, the Allan Gray Orbis Foundation’s conference has been a regular visitor to Maropeng, making use of its impressive conferencing facilities. It has returned repeatedly to the site of some of the most significant evidence of humankind’s origins for three camps a year – to take stock, get together and plan for the year ahead. Its most recent conference at Maropeng took place in December 2018. 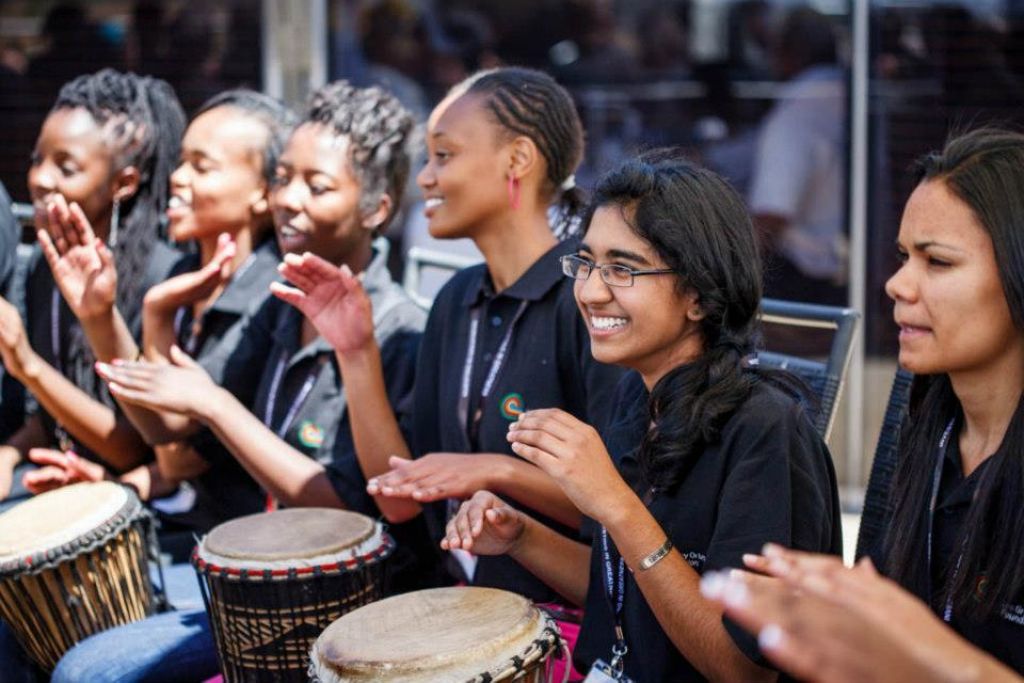 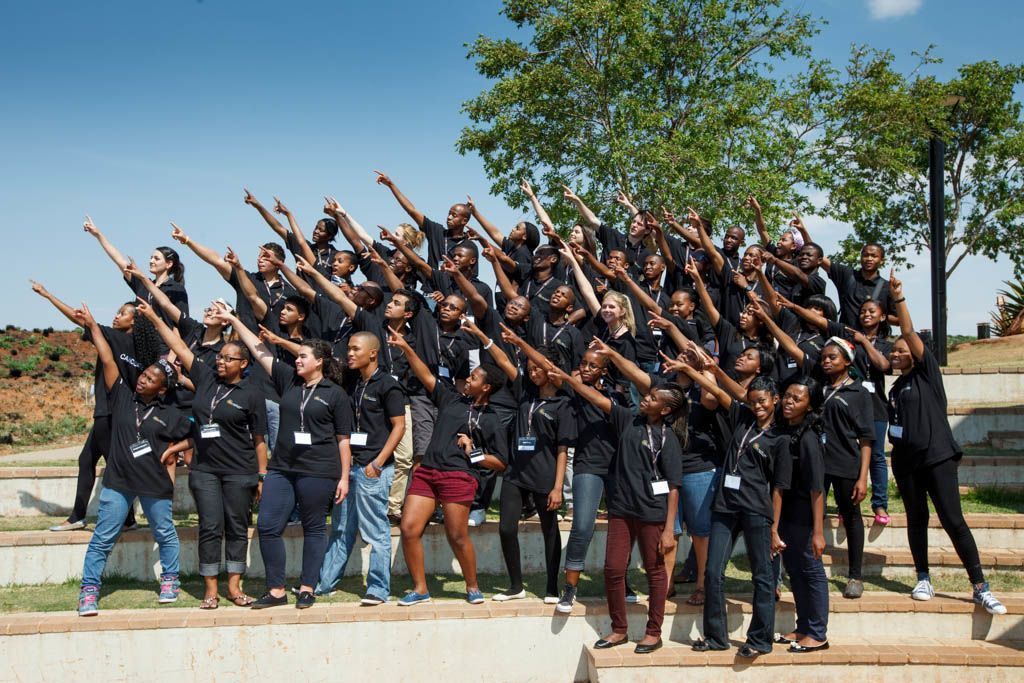 Back in 2018, when the heads of states of the BRICS bloc of countries – Brazil, Russia, India, China and South Africa – couldn’t make it to Maropeng in person during the BRICS summit in South Africa, they were treated to a virtual tour of Maropeng via a live satellite video link. 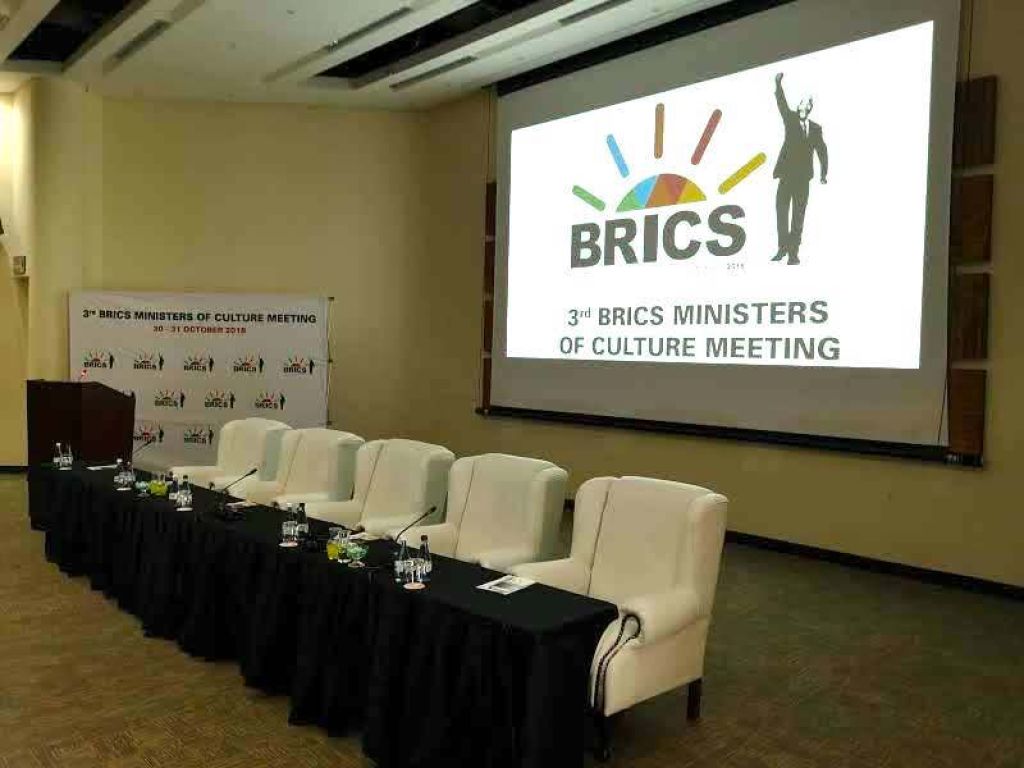 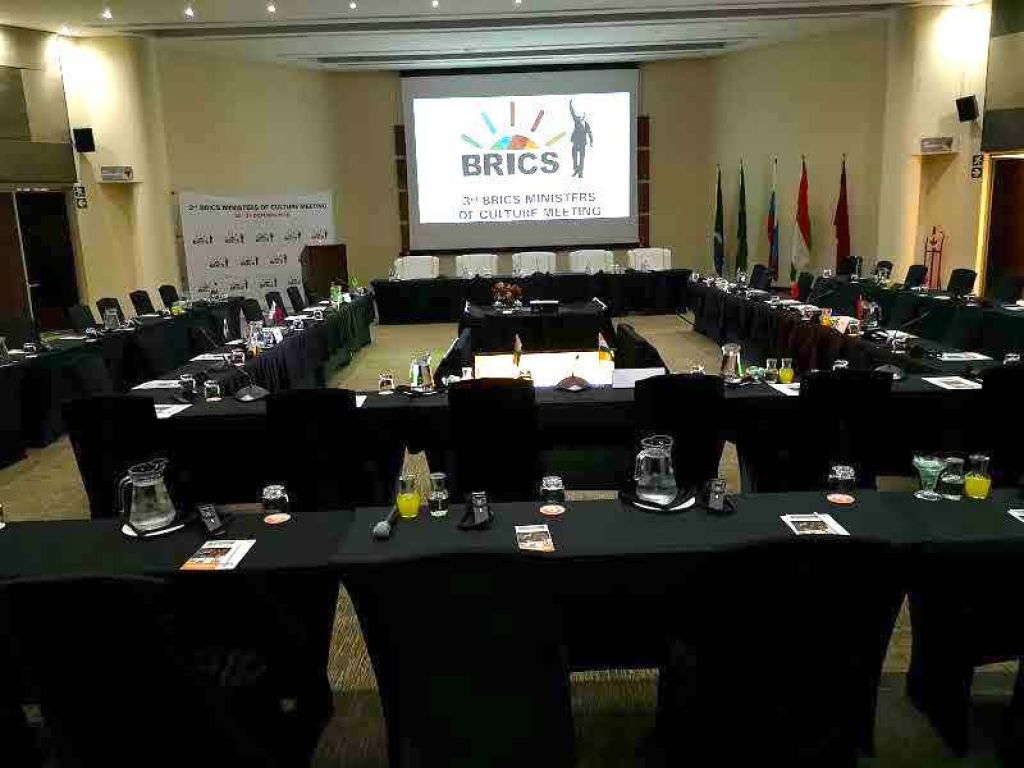 The virtual visit was led by then-Minister of Higher Education and Training Naledi Pandor, who was joined by palaeoanthropologist Professor Ron Clarke, who showcased the almost-complete Australopithecus skeleton that he discovered at the Sterkfontein caves.

To commemorate this historic summit, the BRICS leaders were invited to make handprints that would be taken back to Maropeng for special preservation alongside other hand and foot impressions from icons such as Nelson Mandela and Desmond Tutu.

The Mindfulness Conference 2019 took place at our state-of-the-art conference centre from 22 to 25 March. It brought together experts in the field and practice of mindfulness for a gathering that explored topics related to the biological processes of mindfulness and meditation. 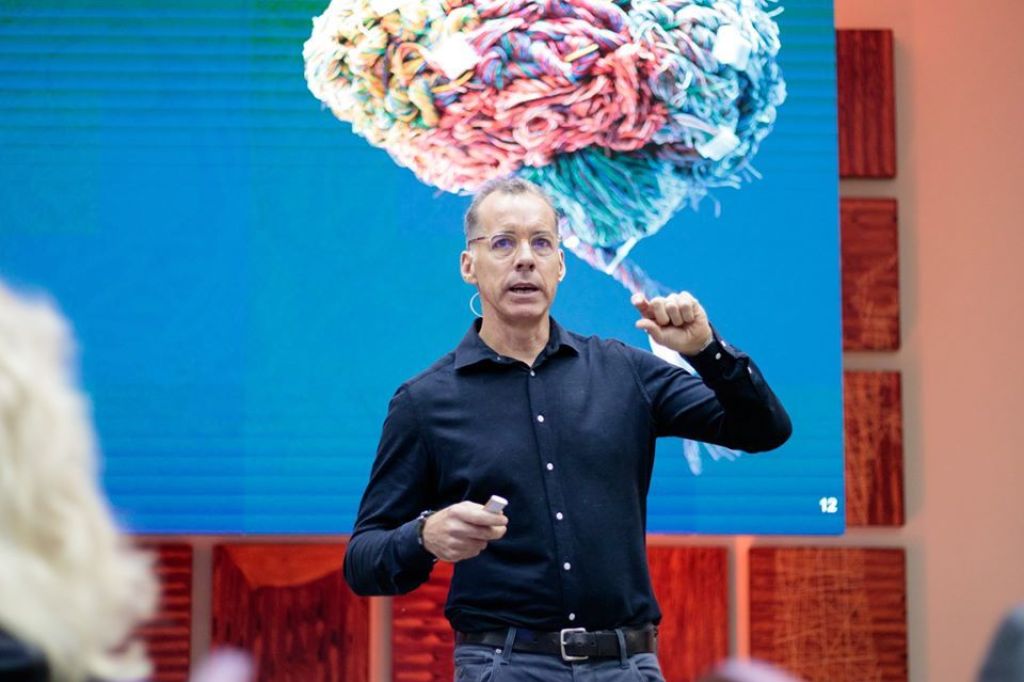 Maropeng’s dedicated events team helped turn the convention into a mind-blowing conference held in a tranquil setting capable of hosting as many as 480 delegates. 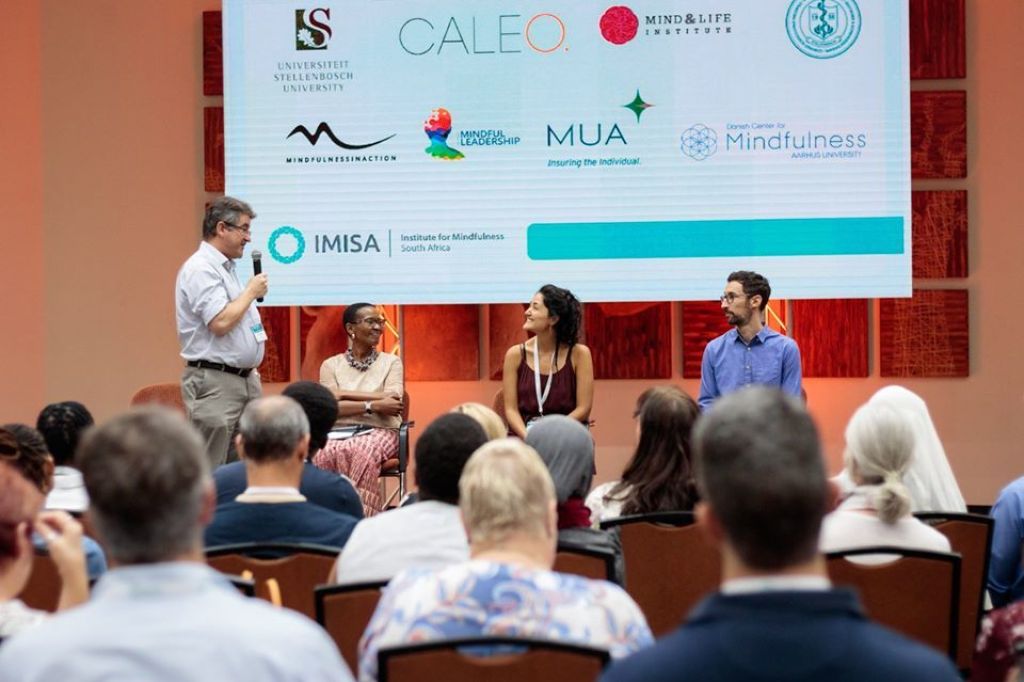 The Other Foundation’s Kopano conference 2019

Maropeng is a World Heritage Site that is also tasked with tracking the progress of humankind in terms of biological evolution, as well as the evolution of society’s norms and values. It was an honour when The Other Foundation made us its venue of choice for its Kopano conference 2019, which took place from 17 to 20 September 2019.

The conference sought to create a collective strategy development space that brought together people from different walks of life for the purpose of exploring the meaning of equality and freedom in Southern Africa, with a particular focus on sexual orientation and gender identity.

“I love the range of events that we have hosted. Some have been historic with top world leaders, some have moved global conversations and we have seen the launch of some truly spectacular products. We like to consider ourselves the world’s ‘home’, and the range of events we’ve hosted seems to suggest that we’re being seen as a host that can accommodate many different kinds of events,” says Worsnip. 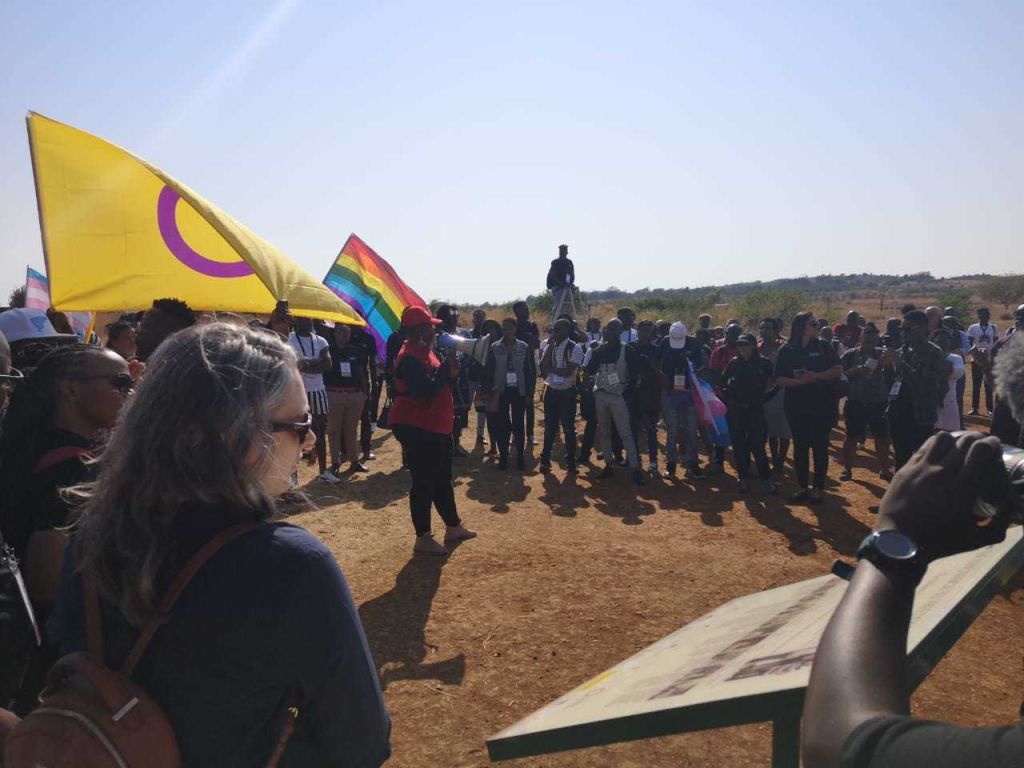