“Little Foot” offers modern-day society a thought-provoking perspective on global challenges, such as conflict. That’s according to Professor Ron Clarke, who unveiled the famous fossil at a BRICS event at Maropeng last week.

“Little Foot”, regarded as the only almost-complete Australopithecus skeleton ever found in the world, was one of three famous fossils that BRICS leaders viewed via a live-stream link during their “tour” of Maropeng. Homo naledi and Australopithecus sediba were the other two exhibits showcased during the visit. 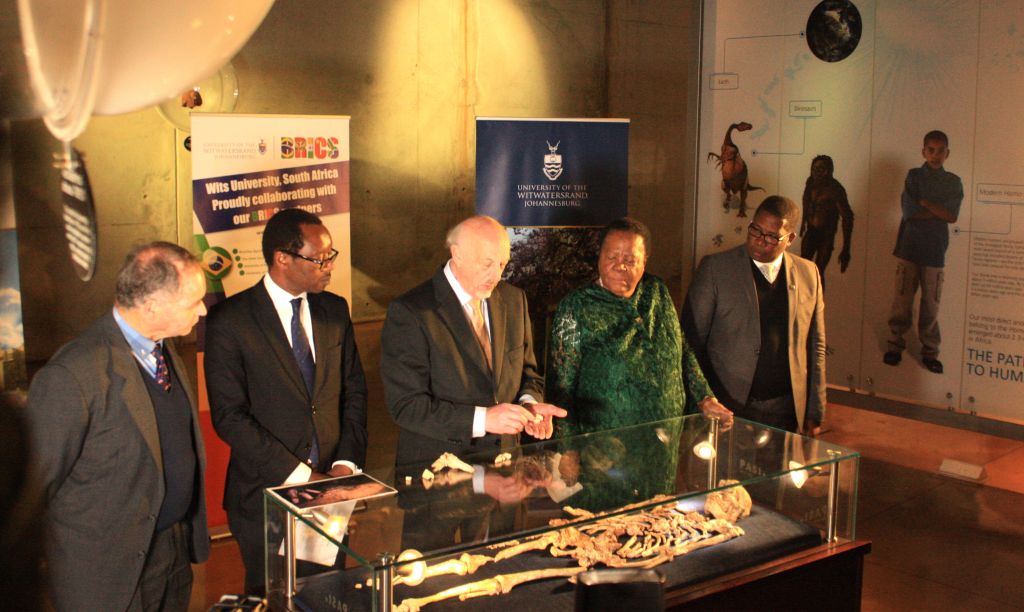 Speaking to Maropeng ahead of the visit, Clarke said knowing about the conditions that our ancient ancestors survived should make humans consider how far we’ve come.

“This lady dates to over 3-million years ago. She’s not the oldest. There are even older ones in East Africa, and in those days, they had to fight against an environment that was very hostile. They had big cats and hunting hyenas, and yet, they survived to produce offspring and more offspring until we arrived,” Clarke noted

“And yet, here we are, engaged in conflicts all over the world. It’s really stupid to have conflicts. We should be grateful for the fact that we’re here and that we have the world, and the environment that we live in.”

The “Little Foot” fossil was discovered by Clarke, who found one of the fragments of the foot of the Australopithecus skeleton in a box of animal fossils in 1994. The fossils had been found at the Sterkfontein caves, which is recognised as being among the richest fossil sites in the world.

Three years later he discovered parts of the skeleton’s other foot at a medical school in Johannesburg. Believing that the rest of the skeleton was in the caves, Clarke asked his two technical assistants, Stephen Motsumi and Nkwane Molefe, to search the caves.

It took Motsumi and Molefe a day-and-a-half to discover what would eventually be recognised as the most complete Australopithecus skeleton ever found. 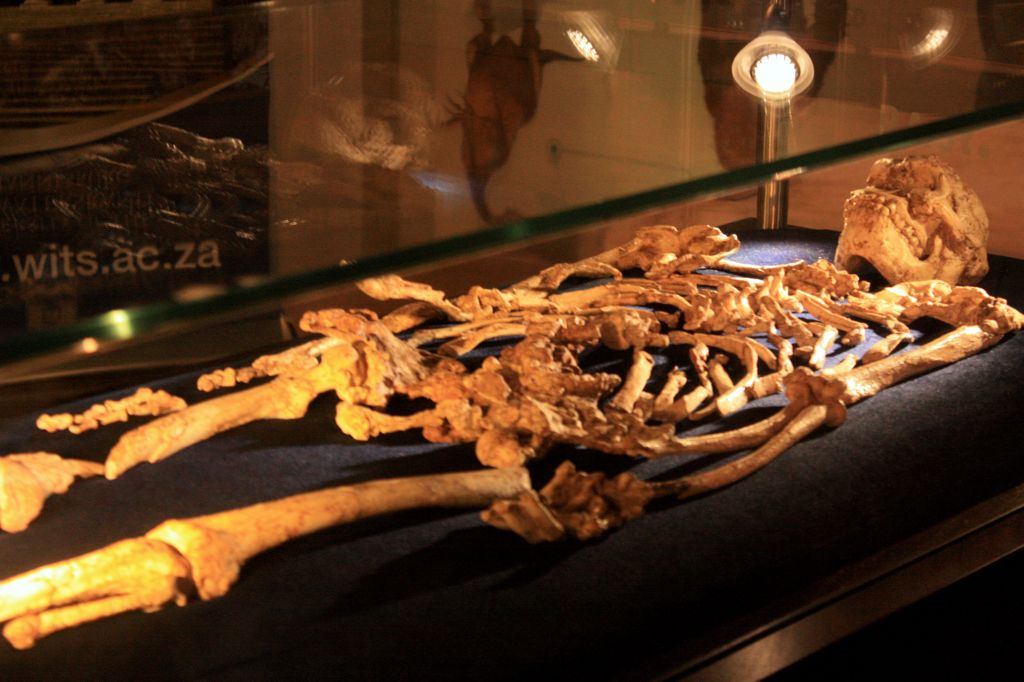 At 3.67-million years old, 'Little Foot' is one of the oldest, most complete Australopithecus skeletons ever found.

“It was an exciting journey from the beginning, when we first found it,” said Clarke.

“It was extremely hard work because the bones were soft. They were broken up and scattered at different levels in a natural concrete that we call breccia. That’s the cave-in filling which is solidified by calcium carbonate, and so to firstly to locate the bones and then to expose them in position in the cave, was a very time-consuming and difficult task.”

It would take 13 years to excavate the remains, which were then carefully cleaned and reconstructed. The bones were also analysed by a team comprising experts from all over the world who, in 2015, announced that “Little Foot” was in fact some 3.67-million years old.

Speaking ahead of the BRICS showcase of “Little Foot”, Clarke said that the discovery was an important one for humans to ponder.

“Firstly, I would like people to have a better understanding of the ancestry of humanity and the earliest ancestors being here in Africa. I think the more that people appreciate the value of our ancestors and the value of the kind of research we do to understand our ancestors, the better for all of us,” he said.