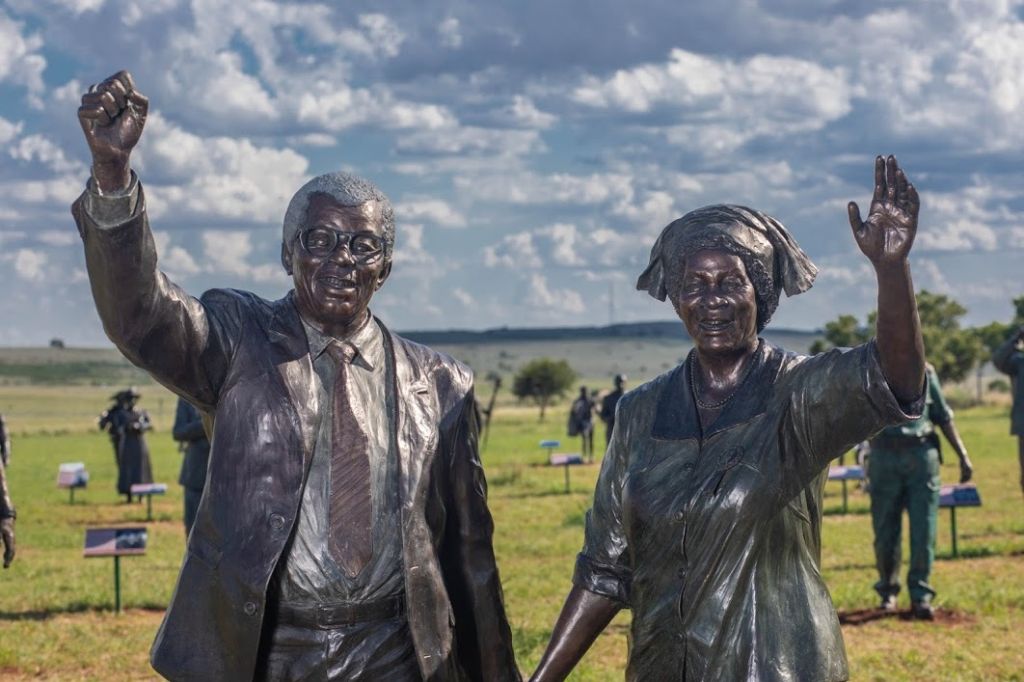 Walter and Albertina Sisulu’s love for each other has become one of the most endearing love stories in the liberation movement. (Image: Maropeng)

Walter Sisulu and Nontsikelelo Albertina Thethiwe were born in small rural villages in Transkei, in the Eastern Cape. From these humble beginnings they would become two of South Africa’s best known, most respected and beloved figures. For all of their married life they were at the forefront of the struggle against the injustices of apartheid, and the achievement of human rights, dignity and freedom for all South Africans.

The Sisulus met in 1941 in Johannesburg. He was a young lawyer and political activist and she a nurse; they married in 1944. Nelson Mandela was the best man at the wedding, and also present were Anton Lembede, president of the newly formed African National Congress Youth League; and Evelyn Mase, Mandela’s first wife. The couple were married for 59 years and would have five children and adopt four others. Walter died in his wife’s arms on 5 May 2003, aged 90.

Albertina said of her marriage: “I was told that I was marrying a politician and there was no courtship or anything like that.” Yet at his funeral their granddaughter read Albertina’s tribute to her husband: “Walter, what do I do without you? It was for you who I woke up in the morning, it was for you who I lived … You were taken away by the evils of the past the first time, but I knew you would come back to me. Now the cold hand of death has taken you and left a void in my heart.”

Before their marriage, Albertina said she had been apolitical but was soon swept up in Walter’s commitment to the struggle. In 1963, then secretary general of the ANC, Walter went underground to lead the banned liberation movements, and Albertina became the breadwinner, supporting the family on her nurse’s salary. She reportedly insisted that their home in Soweto was always immaculate and that every visitor be fed, no matter how little food there was.

In 1964 Walter was sentenced at the Rivonia Trial, together with Nelson Mandela and others, to life imprisonment on Robben Island. Albertina was left to raise the couple’s children alone and suffered intense persecution from the apartheid security forces. She was arrested and charged repeatedly over the years, often on trumped-up charges, spent months in jail herself and had her movements restricted. At the same time she scraped and saved for her children to attend good schools in Swaziland, all the while still playing a crucial role keeping the ANC alive underground.

After the brutal suppression of the 1976 Soweto Uprisings, Adelaide assisted thousands of young people to leave the country and join the ANC’s military wing, Umkhonto weSizwe, in exile. Her own persecution by the state intensified, but towards the end of the 1980s change was coming. In 1989, Adelaide was granted a passport and travelled to meet leaders in the United States and United Kingdom. That October, Walter was released.

The couple travelled extensively over the next few years, even taking a second honeymoon in a Black Sea dacha after an official visit to the Kremlin. Walter was elected ANC deputy president in 1991 but resigned this position after the first democratic elections in 1994. Albertina became an ANC Member of Parliament, with much of her focus on the ANC Women’s League and the plight of women and children. Their own children would go on to continue the legacy of prominent roles in South African public life.

Walter and Albertina Sisulu (who passed away in 2011) are buried together in the Newclare Cemetery in Johannesburg. In Nelson Mandela’s autobiography, Long Walk to Freedom, he wrote that then ANC Youth League president Anton Lembede warned bride-to-be Albertina Thethiwe: “Albertina, you have married a married man: Walter married politics before he met you.” Nonetheless Walter and Albertina’s love for each other has become one of the most endearing love stories in the liberation movement, despite almost three decades apart.

Stay with us and cel­e­brate your love this Valentine’s Day. Read about our spe­cial offers here.