On 8 September 2016, NASA embarked on its first asteroid-sampling mission, OSIRIS-REx, with a successful launch from Cape Canaveral in Florida:

1. What is this mission all about?

OSIRIS-REx stands for the Origins, Spectral Interpretation, Resource Identification, Security, Regolith Explorer (regolith is dust and soil covering solid rock). It’s a spacecraft designed to head into space and make contact with an asteroid called 101955 Bennu, collect a sample from it, and return it to Earth.

A comet is typically made up of ice and dust, whereas asteroids are made of rocks and minerals.

3. Where is the asteroid and how long will it take to get there?

Bennu’s orbit is between Earth and Mars, and OSIRIS-REx will spend two years getting there, with a planned arrival of October 2018.

4. What do we hope to learn from this mission?

Asteroids have not significantly changed since they formed nearly 4.5-billion years ago. Because of this, the mission’s scientists hope to find organic molecules on Bennu like those that may have led to the origin of life on Earth.

5. What has any of this space stuff got to do with Maropeng?

The history of humanity is deeply tied to the cosmos. Early hominins surely looked up at the night sky in wonder, just as we do today. In fact, the building blocks of life can be traced back to the stars – life that evolved from simple, microscopic organisms into the complex, conscious creatures we are today. To learn about the origins of the solar system is to learn more about ourselves.

6. When will OSIRIS-REx return to Earth?

7. Have we ever tried a mission like this before?

NASA’s Apollo missions returned from the moon with samples of moon rocks and dust, as did Soviet Russia’s unmanned Luna missions. The Japanese Hayabusa probe is the only one to have ever returned from an asteroid-sampling mission, but it did experience some technical issues. So, this is a first for NASA and, hopefully, a giant leap for the whole world. 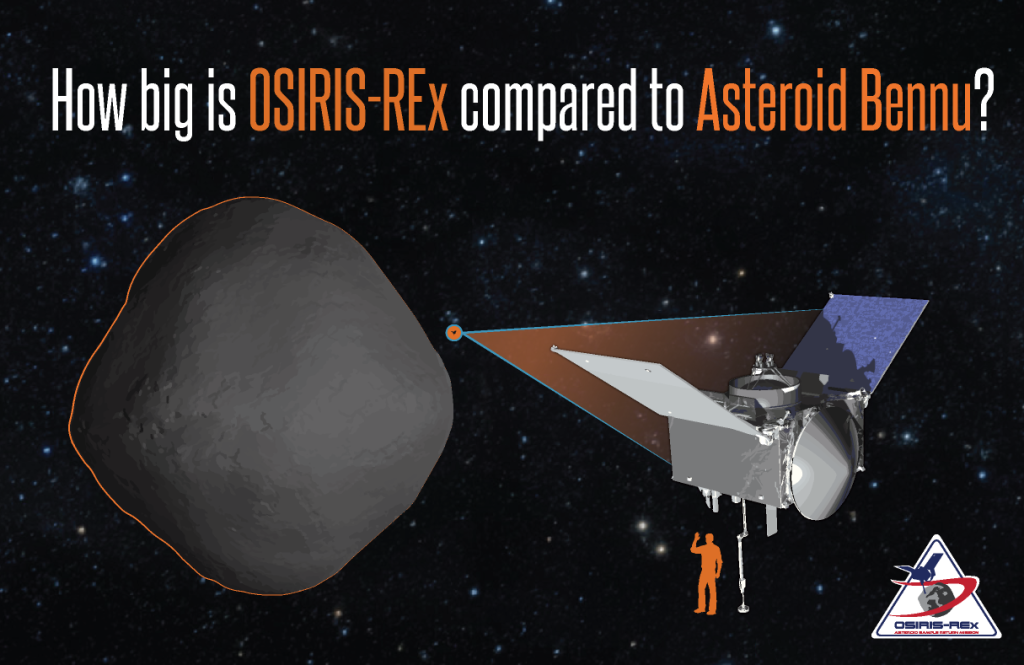 All images courtesy of NASA

8. Why can’t we just send humans instead?

It is way more complicated and expensive to keep a human alive in outer space than it is to send a robot! Bennu’s closest approach to Earth during the mission is still much further than any human has ever travelled. We rely on probes such as OSIRIS-REx to be our robot emissaries, carrying out important work for humanity in the places we are yet to reach.

9. Aren’t there better things to be spending money on?

Perhaps, but NASA’s annual budget amounts to less than 1% of US federal fiscus spending. Americans spend more money on pizza every year than they do on funding NASA. Not only that, NASA technologies have plenty of application here on Earth – indeed, NASA has an entire publication dedicated to the hundreds of life-saving or life-improving spin-off inventions benefitting humanity right now. We need pioneering missions and difficult, long-term, bleeding-edge challenges to foster a sense of inquisitiveness and wonder about the universe we live in. We have been looking up at the stars since before we were walking upright – going into space is an important part of our journey as a species.

10. Will we find aliens on the asteroid?

Scientists are not expecting to find life on Bennu – it’s a lump of coal with no atmosphere hurtling through the vaccum of space, after all. But they do suspect that some of the building blocks of life may be found just beneath the surface – perhaps adding evidence to the hypothesis that life on Earth was seeded by an asteroid impact. Which, in a way, would mean that we are all aliens.

For updates on the mission, visit asteroidmission.org. 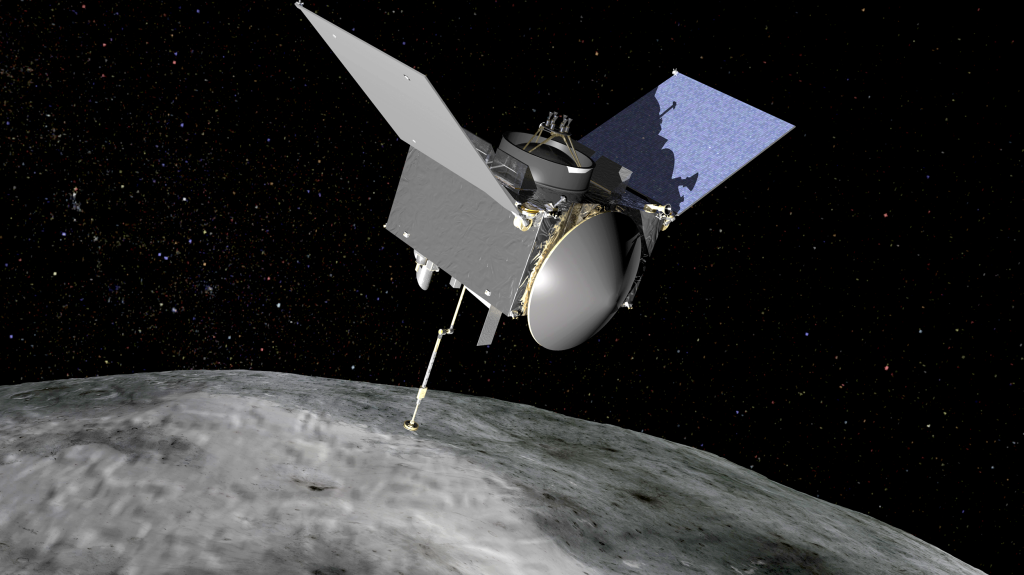 OSIRIS-REx will essentially be "high-fiving" asteroid Bennu for about three to five seconds before returning to Earth with a sample of the surface.