The objective of International Year of Water Co-operation is to raise awareness of the potential for increased co-operation that will reduce water tension, and on the challenges facing water management in light of the increased demand for water access, allocation and services.

There are five reasons that cause water tension: scarcity, neglect of treaties, over-abstraction, diversion and pollution.

Maropeng managing director at Maropeng Tony Rubin says: “Water is a scarce resource in South Africa and people need to care for this resource, and ensure that the pollution that we currently see and the attitudes towards this resource are changed dramatically, if we are to pass a sustainable future to our grandchildren.”

UN Water will also support the formulation of new objectives that will contribute towards developing water resources that are truly sustainable.

International World Water Day is held annually on 22 March as a means of focusing attention on the importance of freshwater, and advocating sustainable management of freshwater resources.

The International Year of Water Co-operation 2013 will officially be launched on 11 February at the UNESCO headquarters in Paris.

Celebrations throughout the year will include featured events at the UNESCO headquarters, as well as many other events that will be organised by various stakeholders around the world. Such events will seek to promote actions at all levels in relevant areas, including education, culture, science, conflict prevention and resolution, as well as ethics, among others. 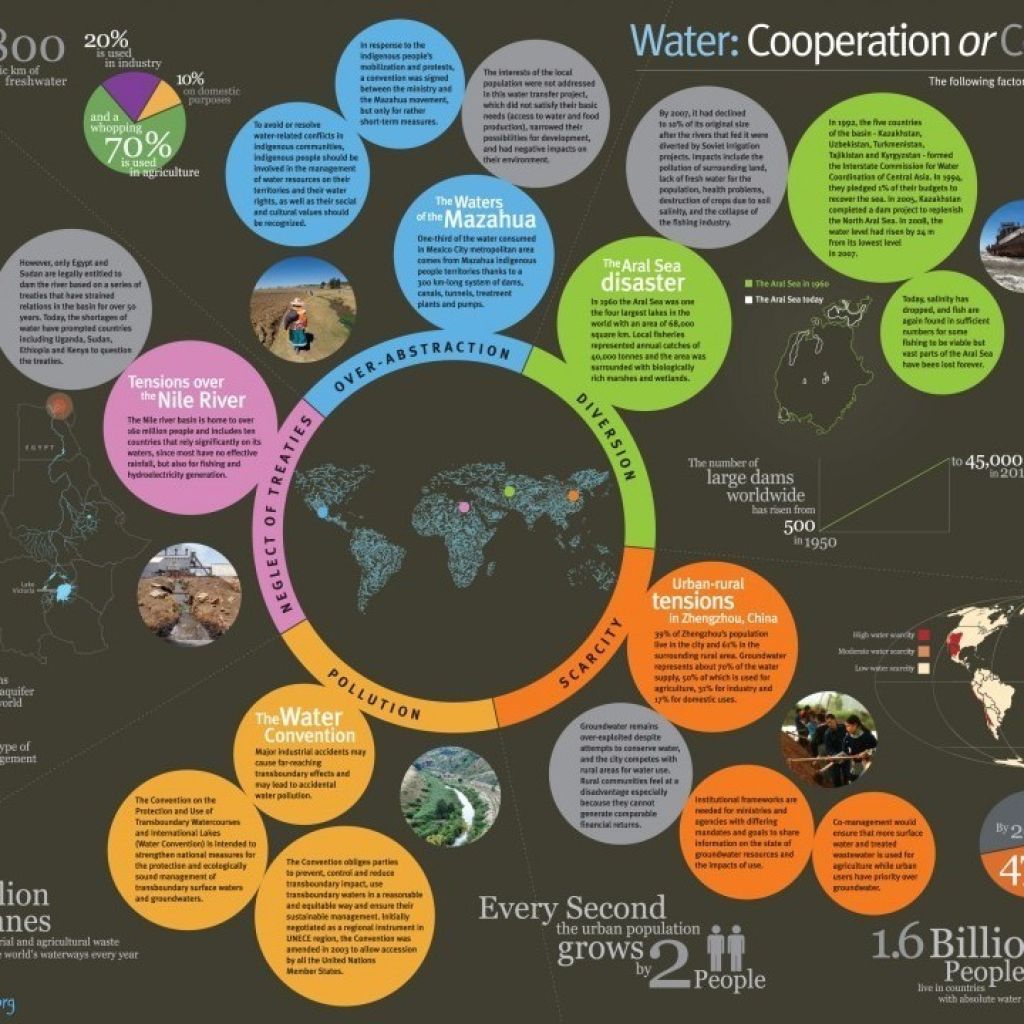 This image shows the reasons why water cooperation is needed.