Not one to blow its own trumpet, an ancient wildebeest species called the rusingoryx has amazed palaeontologists with its unusually-shaped nasal cavity.

The large, hollow structure in its skull may have allowed it to emit a low-frequency trumpeting sound, to communicate with its herd over great distances.

This is the first time such a design has been seen in a mammal, according to palaeontologist PhD candidate Haley O'Brien, of Ohio University, who published the report in the journal Current Biology. 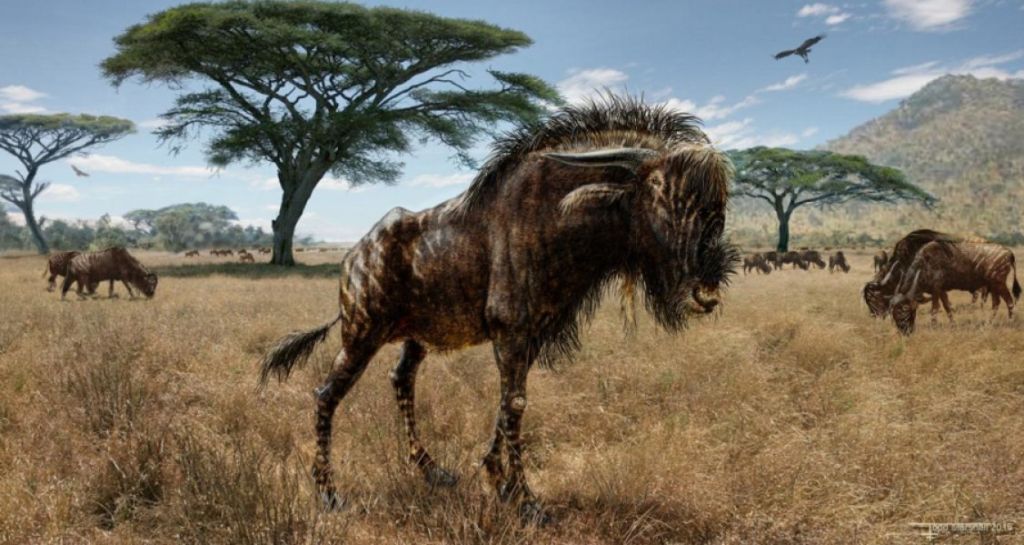 Artist's impression of the rusingoryx. Image courtesy of Todd S Marshall via ScienceDaily

Not a lot is known about the rusingoryx species, but the study of several fossil skulls discovered on Kenya's Rusinga Island have shed some light.

The fossils date from between 55 000 to 75 000 years ago, when the hoofed grass-eaters would move around the African plains in large herds. 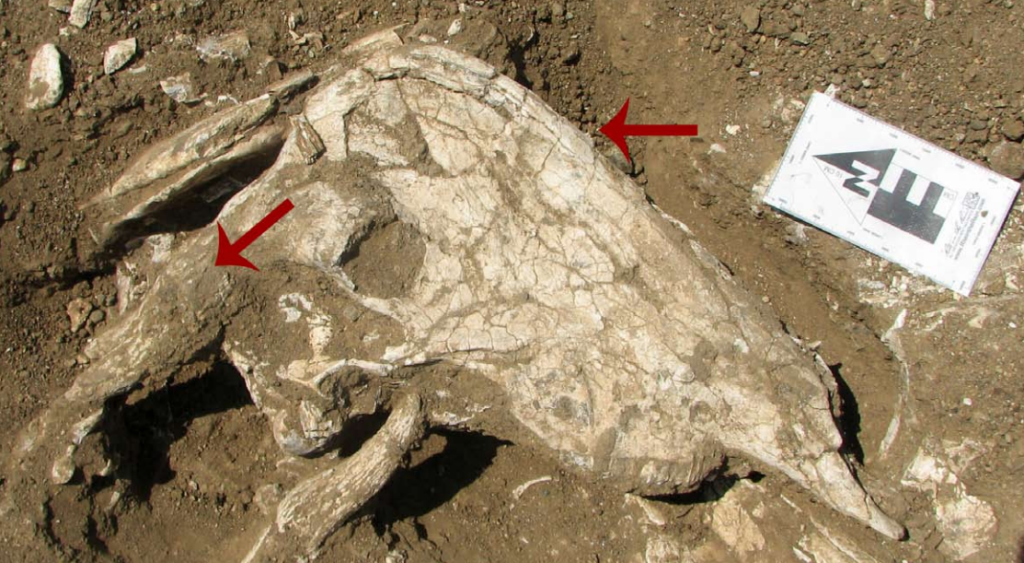 A complete rusingoryx cranium, in situ. Photo courtesy of nespos.org

But it is the unusual, crescent-shaped protrusion of the skull, and the long nasal passage, that most fascinates researchers. Not because this is this first time we've seen something like this, but because of where we have seen it before – in a dinosaur!

The last animal we know of that possessed a nose like the rusingoryx was a hadrosaur. This was a large, duck-billed dinosaur with a hollow crest that lived tens of millions of years ago. 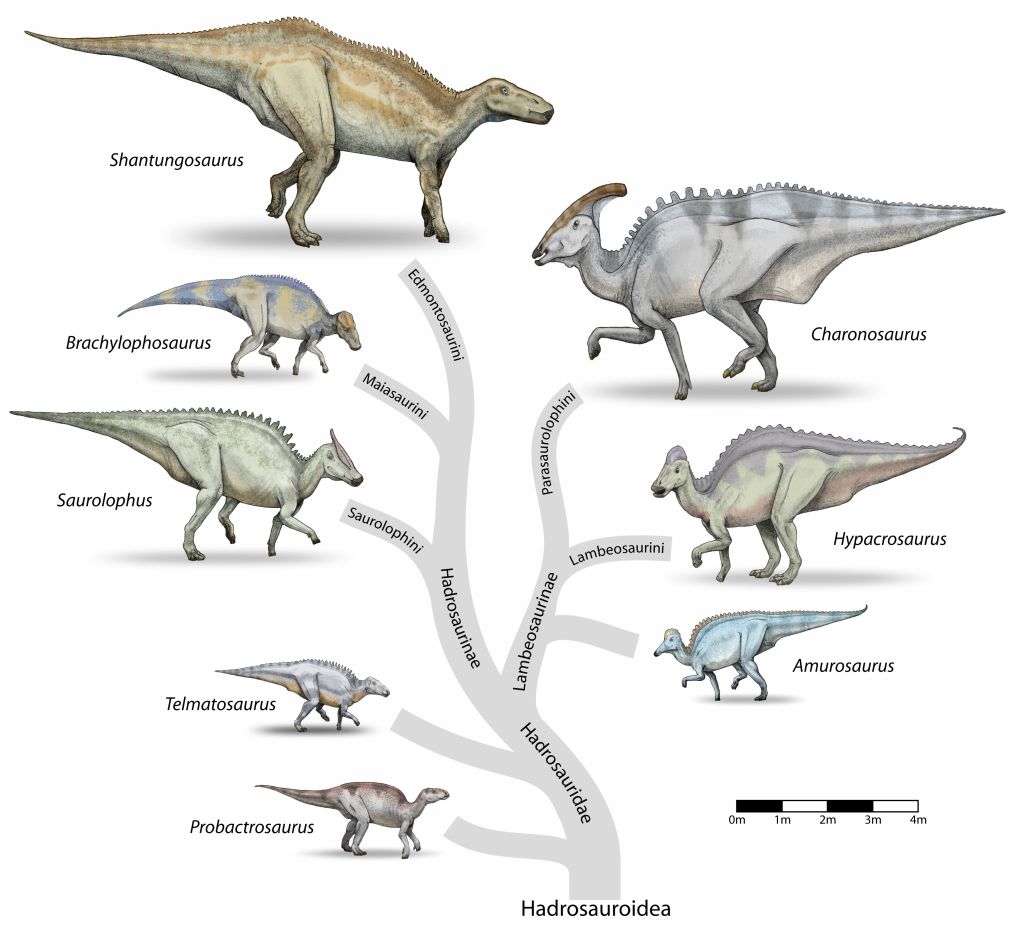 Image courtesy of Debivort at en.wikipedia

“To see a hollow nasal crest outside of dinosaurs and in a mammal that lived so recently is very bizarre,“ said O'Brien.

Mammals only really came to dominate the planet after the dinsoaurs were wiped out by an asteroid 66-million years ago. Since then, they have evolved into a variety of shapes and sizes, depending on their environment.

So how did the same trumpet-like nose develop in two separate, unrelated species, separated by millions of years?

Sometimes, nature can shape the evolution of unrelated species towards a similar solution to a problem. For instance, if you need to move through water, having a streamlined body is usually the most efficient form to take – whether you're a fish, or a mammal, or a mollusc.

This is called convergent evolution. It's how birds and bats both developed flight independently of each other (and flying fish, for that matter).

Convergent evolution explains a number of other fascinating coincidences in nature: why both primates (like you and I) and pandas have opposable thumbs, how both mammals and cephalopods (like squids and octopus) have a similar “camera” eye, how hedgehogs and porcupines both have spikes, how river dolphins are found in different parts of the world, how both bats and whales use echolocation, and how some bird species in different hemispheres became flightless.

Despite the different times in which they lived, both hadrosaurs and rusingoryx independently developed large, hollow nasal cavities that were adapted to suit their particular environmental niches.

It may not be as scary or awe-inspiring as a T-Rex, but the rusingoryx helps us piece together another fascinating picture of our natural world, and the incredible variety of life that lives upon it. 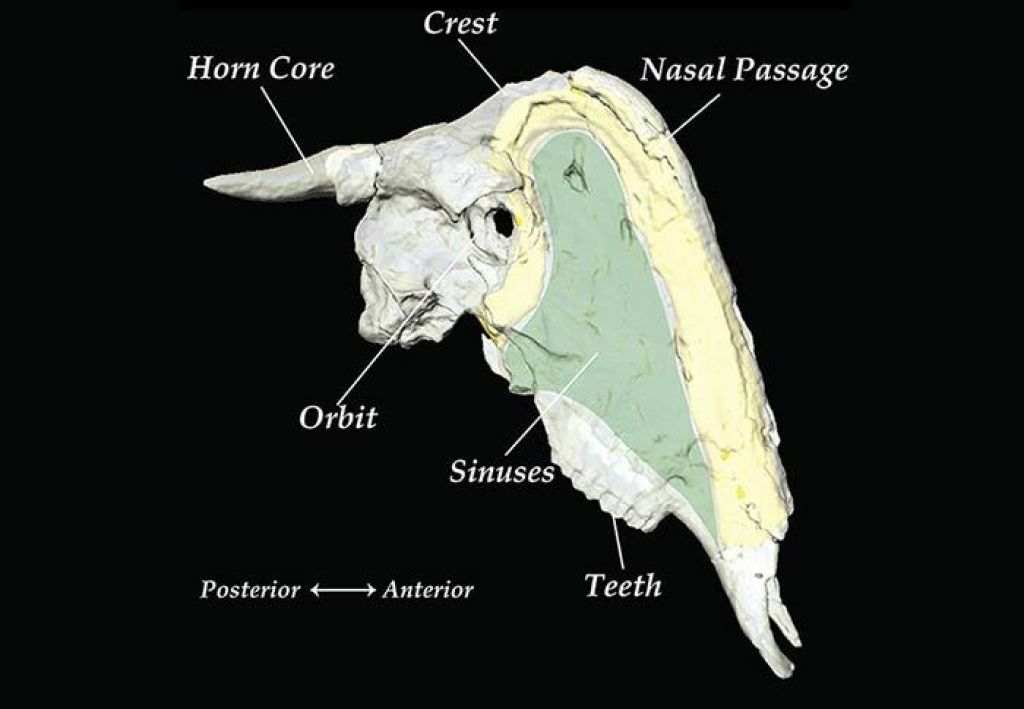 The interior of the skull, as seen through CT scans. Image courtesy of Haley O'Brien via ABC