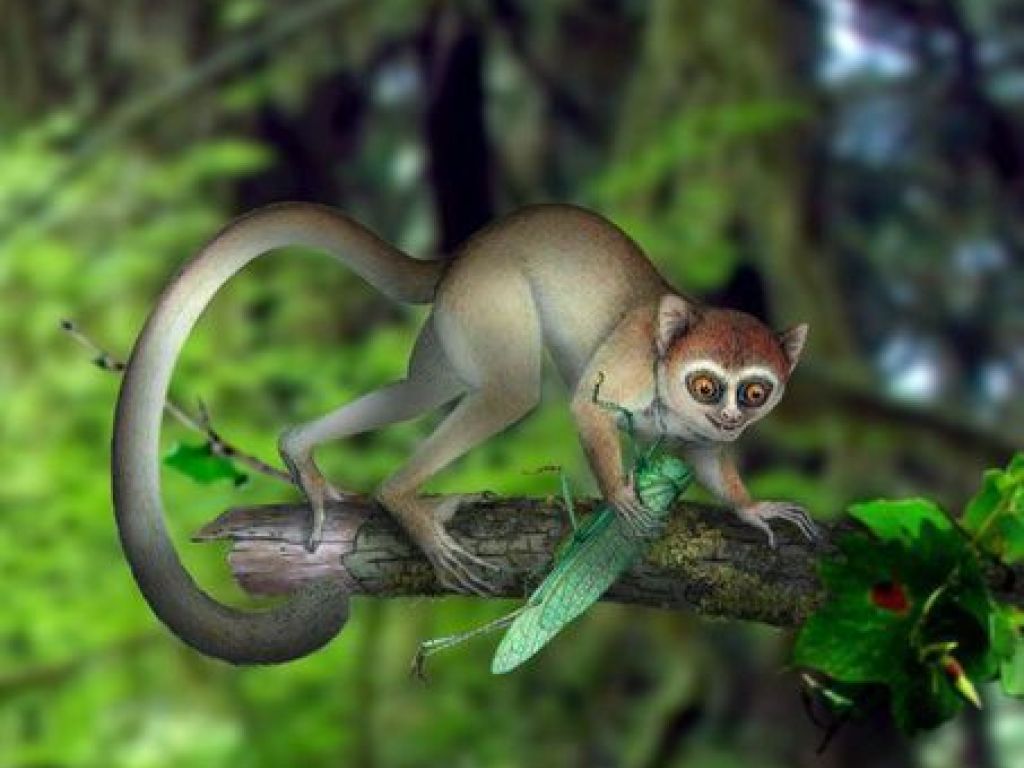 Archicebus achilles was most likely an insectivorous tree-dweller. Image courtesy of the Carnegie Museum of Natural History, Pittsburgh

Scientists have announced the discovery of the world’s oldest known fossil primate, a 55-million-year-old creature called Archicebus achilles, which shows changes that happened at a crucial branch in our evolutionary tree.

According to the scientists, the creature was minute, weighing 30g or less (about as much as a chocolate bar) and probably an insectivorous tree-dweller.

The skeleton of the previously unknown genus and species was found in an ancient lake bed in central China’s Hubei province and described in the prestigious scientific journal, Nature. It is about seven million years older than previous fossil primate finds.

The skeleton is significant because, although not a direct ancestor of humans, it offers clues to the split in the family tree that saw monkeys, apes and humans (anthropoids) go down a different evolutionary path to that of tarsiers, which sit close to humans.

Today, tarsiers (which look a bit like bush babies and eat only insects) are restricted to the islands of South-East Asia.

Dr Christopher Beard, curator at the Carnegie Museum of Natural History in Pittsburgh, and one of the co-authors on the paper, described the fossil creature as a “close cousin” of humans.

He said it was an “odd hybrid” with the feet of a small monkey, the arms, legs and teeth of a very primitive primate, and a skull with surprisingly small eyes. Its name “Achilles” is derived from its unique ankle structure. He is of the view that Asia was at the centre of early primate evolution.

When asked what the implications might be for the “Out of Africa” theory, Beard said: “Obviously, our discovery of Archicebus in China does not impact the scientific consensus that humans diverged from other African apes in Africa. The fossil record and the genetic data on this issue are unambiguous.

“However, what is interesting is that the new discovery of Archicebus helps to establish Asia as the cradle of all anthropoids, in the same sense that Africa is the cradle of humanity.

“Because evolution is a continuous process through time, there had to be an interval – I would argue a very pivotal interval – when these ancestral Asian anthropoids colonised Africa. 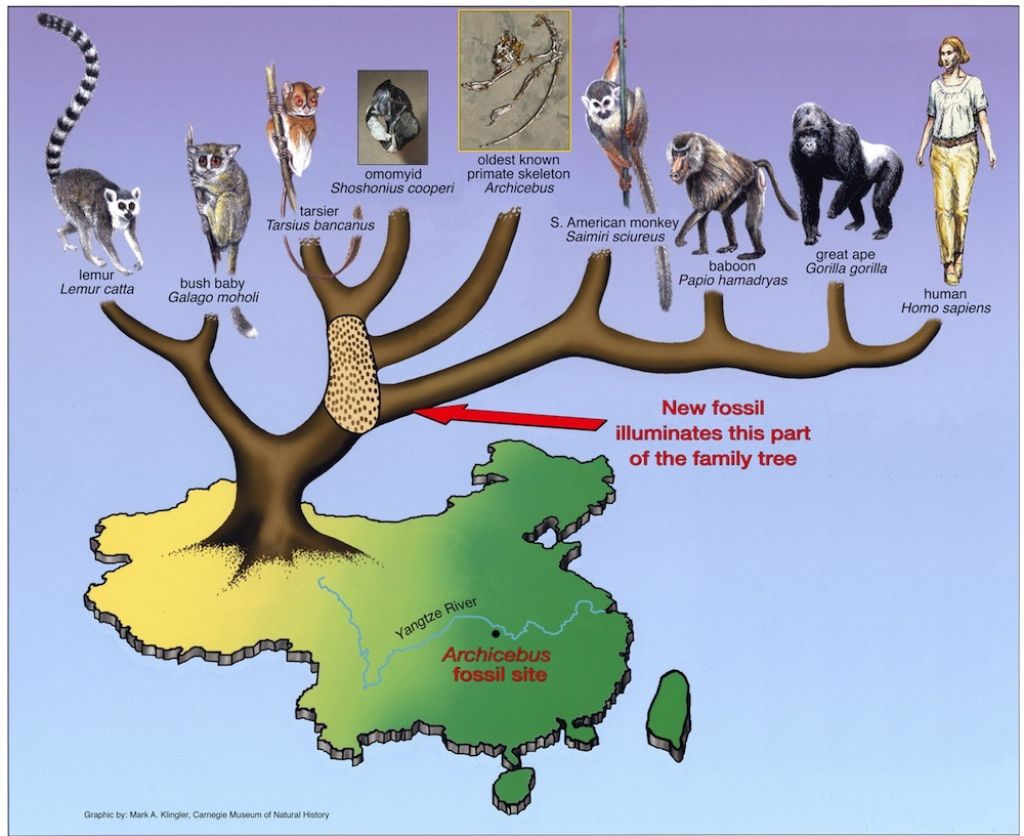