A member of Lee Berger’s exploration team who first located the hominid fossils in the Rising Star cave system and who now serves as indispensable guide and support for the scientists, Rick Hunter offers his reflections on standing sentry in the caverns, and on the long journey from daylight into the caves, through winding passages, a belly-crawl tunnel, up a jagged rock-climb, and down the final 12-meter vertical crack that leads to the fossil chamber below.

Read All Posts From the Rising Star Expedition 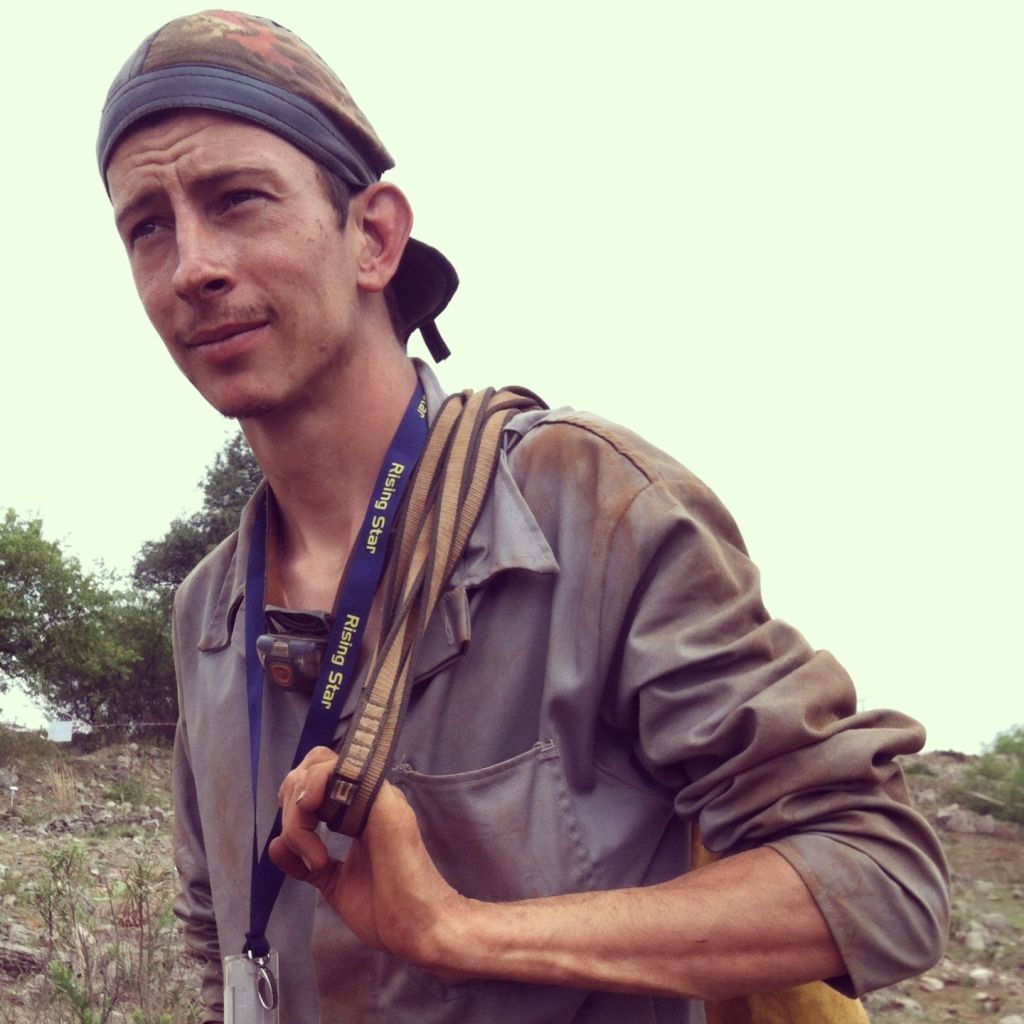 My take on the journey into darkness.

Sitting here as the gatekeeper between two worlds–

The thoroughfare seems almost pedestrian from what was once perceived as an impassable barrier to time forgotten, and has now become the daily commute of only a chosen few.

As skill and experience now fill the void where fear and uncertainty lurked, these few now-family who all were strangers with a common purpose are now bound by a link: an unspoken, unseen force. Each willing to to risk their fragile existence in a maelstrom of known and unknown dangers for their new-found family for the betterment of all.

Walking the surface, the African sun illustrates best the harshness of this land. Dolomitic rock knife-edges couple with thorn-ridden flora laying in the pathway to various entrances, each as unique as an entirely new system. Walk-in entrances, much smaller paths, sheer cliffs, and rugged fissures are but a few ways to depart this topside world and transport yourself to an entirely new existence. 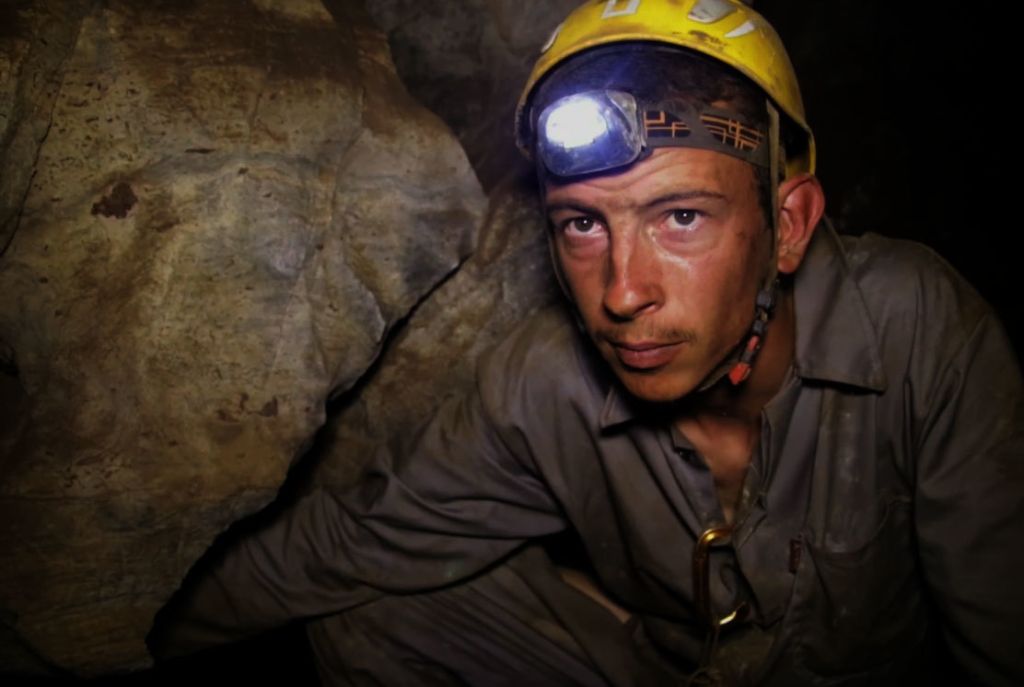 Providing support for the scientists in the cave, the cavers themselves have a lot of time to sit and simply take in the experience of being in the cave, in the darkness. (Photo by Garrreth Bird)

Our daily commute resembles tales of legend. At first view it could quite possibly be compared to the path through Minos’s labyrinth. With sunlight still visible, three routes surround you, one of which ends rather abruptly. So sitting at the obvious fork in the road, both remaining paths will lead you deeper. Footsteps into the dark take you to this alien world.

The journey is harsh as darkness outshines this faint cones of light emitted by our fellow explorers. As each disappears down the portals ahead round narrow jagged corners, you follow suit deeper into the abyss. All independent, all as one unit traversing the initial maze then venturing deeper. An opening appears after side-walking narrow passages. The passage would give most contortionists a nervous grin. Then it drops you back into this ever tightening slot.

Deceptively it opens up into large chamber where the only hope of passage is a vortex where only the smallest of brave souls could dare enter. Blocked by a steady and stubborn, unrelenting stone gatekeeper who is the only one that decides who may pass and who may only plot its demise. Once into this tunnel where simple claustrophobia seems a pleasant alternative, there is still the mammoth task of inching your body through this tiny gun-barrel. Dust and unforgiving stone carry on for what seems to never end, then you suddenly stop and view a road block that once hung from the ceiling as a pendulum.

The area appears barren short of the first sights of ancient creatures locked in the walls and ceiling, apparently attempting one final act of violent defiance before being brutally frozen in a moment lasting through an untouched eternity.

The darkness draws you deeper, as you see a greater beast silently waiting, oblivious to your existence. You begin the climb up this dragon of stone, each hand and foot following with purpose, each firmly locked before the next action is begun. Firmly grasping spines and scales, securing your safety along this titanic creature. Once you’ve conquered the the climb, it takes a leap of faith from the top to cross the void where the slightest of faults will seal your fate. The step of courage is followed by the embrace of cold unmoving stone.

A tunnel of otherworldly beauty transports you to the final descent into oblivion, where the wonders of another time, another place, sit sealed in what was once secret, only to travel back with you along this perilous path till all have seen the light of day.