Telling the time accurately has been a challenge for humankind through the ages. It’s hard to imagine now when one considers how easy it is to access the time in today’s world. “It took great creativity and ingenuity from our ancestors to get us to where we are today,” says Lindsay Marshall, Marketing Manager for Maropeng, the official visitor centre for the Cradle of Humankind heritage site.

“There is little known about whether early man in fact understood the notion of time as we do today but research shows that there is evidence that the passing of time was tracked via the seasonal changes, herd migrations, lunar cycles and the likes,” she explains.

One of the first time tracking devices and inventions can be dated back to the ancient Egyptians who erected tall rectangular structures, known as obelisks, which took advantage of the shadow-creating effect of the Sun to track time. The obelisks were pointed, and as the Sun moved across the sky, they cast a large shadow on the ground. The path of the shadow could be mapped out with intervals that represented the hours of the day. 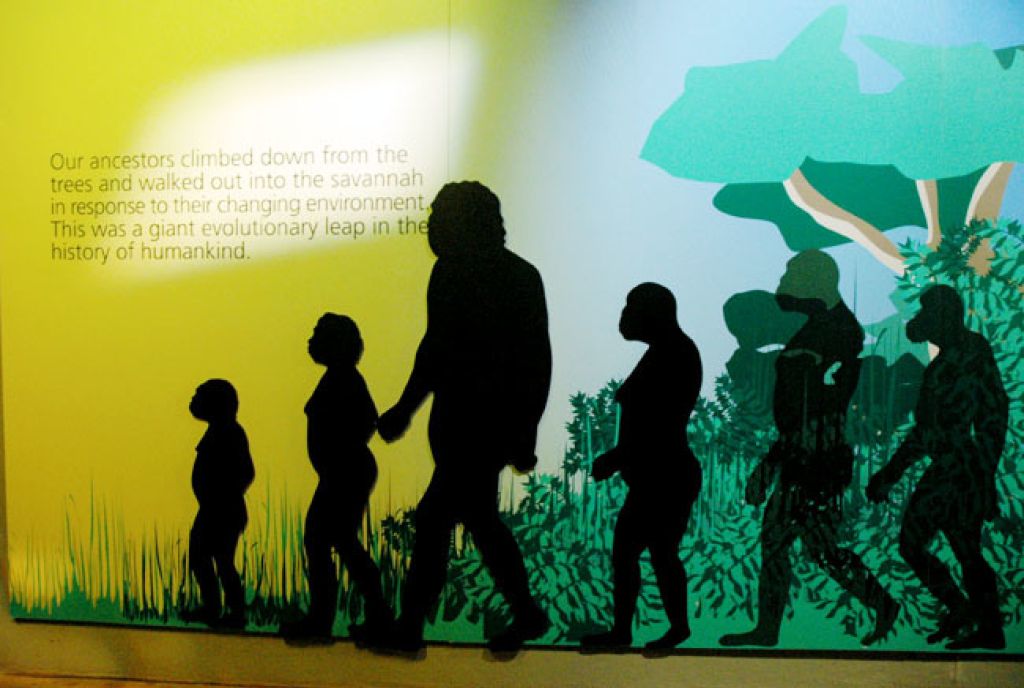 It's not certain if early man understood the notion of time as we do today.

The ancient Egyptians soon realised that while the obelisk could be counted on during the day, something needed to be created to keep time at night. The merkhet was the solution to this dilemma and possibly the world’s first astronomical tool. The device consisted of a string with a weight attached to one end, enabling a straight line to be measured. When two merkhets were aligned with the North Star, they formed a celestial meridian in the sky. The time could then be determined by counting how many stars crossed this line.

The water clock, which dates back to 16th century B.C. Babylon, is another clever invention that uses the steady flow of water to track time. A large bowl would be filled with water and allowed to slowly drain from a spout at the bottom. The inside of the bowl was marked with time intervals, and you could determine how much time had passed by the water level in the bowl. This method wasn’t very accurate, however, because as the bowl emptied, the flow of water slowed and towards the end the water barely trickled no longer keeping accurate time.

The ancient Chinese used candles to tell the time. Candle clocks were created by engraving the length of the candle with evenly spaced markings. Each marking represented a unit of time, an hour for example. As the wax burned down, each hour would melt away. To determine how much time had passed since lighting the candle, you checked the highest remaining marking. Cleverly the candle clocks could also function as an alarm clock. A nail would be inserted into the candle at a specific time mark and when the candle burned down to this point the nail would fall into a metal tray below.

“Marking, and even celebrating, the passing of time has had an interesting way of connecting humans both in the ancient times and today. The Millennium Sundial at Sterkfontein Caves is a great example of this,” says Marshall.

In 2001, Dr Mike Gaylard, who was the Director of Hartebeesthoek Observatory before he sadly passed away in August this year, designed a sundial (originally created by the ancient Greeks) to celebrate the coming of the new millennium. It stands at the entrance to the caves and cleverly uses the sun to track the time from 06:00 to 18:00, taking into account the months and seasons. It was designed based on the longitude and latitude co-ordinates of the caves.

“The path leading up to the entrance of the caves takes visitors on a journey through time ending with the Millennium Sundial which symbolises the future – a modern spin on an ancient design. People connect in a special way when they think back about the years past and dream about the years to come.

“Using the time we have wisely to make a difference in our world is the best tribute we can make to our ancestors whose humble attempts at time keeping lead us to where we are today,” concludes Marshall.