Maropeng’s intrepid curator, Keneiloe Molopyane, has been part of a team uncovering a mystery at a new fossil site in the Cradle of Humankind. The site is called UW 105 and since September, teams of scientists have been meticulously mapping out the underground area and creating an above-ground replica to analyse their findings thoroughly. She’s penned a piece on the fascinating work going on at the site.

The story of the UW 105 site (located on the Rising Star property in the Cradle of Humankind) actually begins a few years ago, at the height of the Rising Star expedition that brought the world Homo naledi.

Researchers discovered a mandible and tooth fragments in the breccia blocks collected from this site. They turned out to be significant, and the site is now being investigated in the UW 105 expedition – a unique expedition not just because of what we’re finding, but also because of the fact that it’s taking place during a unique moment in world history.

Professor Lee Berger unveiled the site in September 2020 on social media and took a groundbreaking step: he decided to bring the world into this discovery from the very beginning.

As a social experiment centred around open access and science communication, all activities on site have been published via our social media platforms such as Twitter, Facebook and YouTube. This transparency has allowed viewers (both local and international) to interact with the scientific research and researchers in a way that would not have been possible a decade ago. Essentially, we are taking the public with us on a journey of discovery.

The Covid-19 pandemic has led to major changes in how we approach exploration and excavation. In fact, it provided a rare opportunity to rethink how fieldwork is done and consider what the future of fieldwork should look like.

For instance, with Covid-19 in the picture, it became obvious that traditional exploration methods had to change. 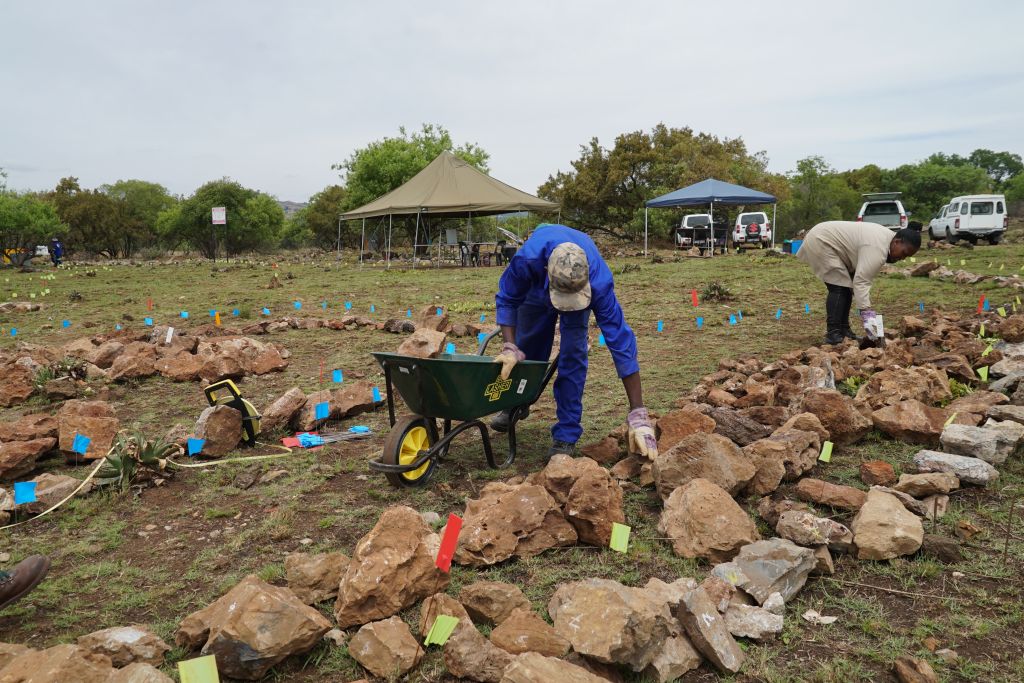 As material is removed from the cave, it is carefully placed on an above-ground replica. (Image: Supplied)

Excavation teams were reduced in their numbers and the exploration cabins on the Rising Star complex were repurposed as technician labs where fossil preparators could work in “isolation” without compromising the health of the rest of the team.

This was also the opportunity to eliminate or at least minimise the occurrence of “parachute research” – a phenomenon where international researchers are brought in to explore local sites. Instead, we are using local resources to make this site work, and at the same time investing more in developing local potential for this type of science.

The work at the UW 105 site continues in the meticulous fashion of other Rising Star expeditions, with some innovative new methods being introduced as well. 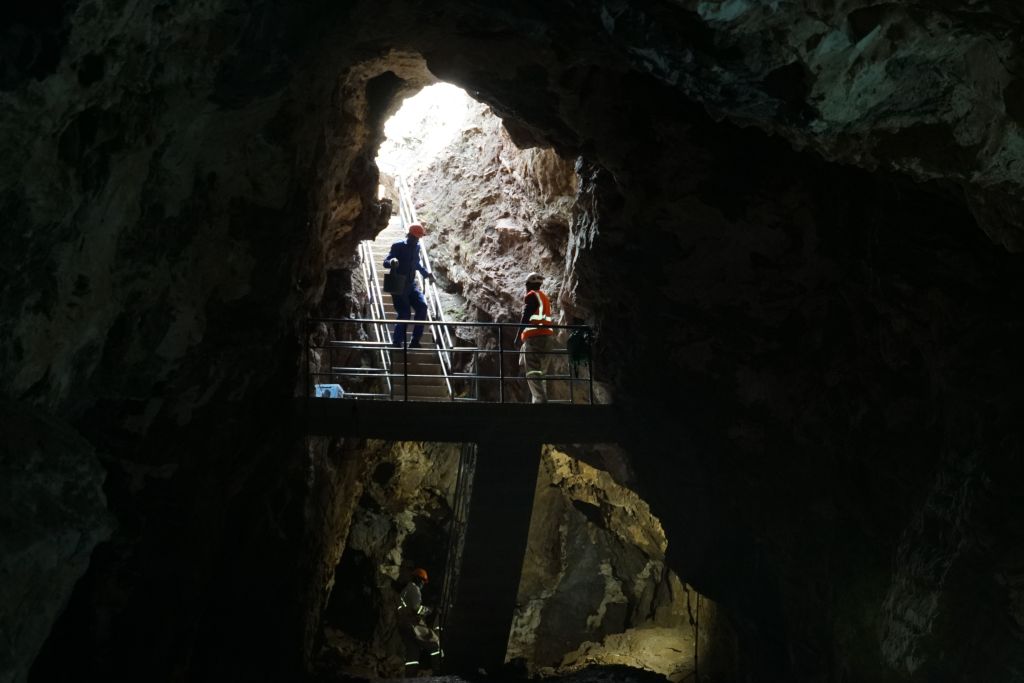 A topographical survey mapping the cave and initial photogrammetry of the fossil wall has taken place.

We’ve undertaken an innovative exercise where a mock-up of the underground cave system is being replicated on the surface in an open area adjacent to UW 105.

We have relocated portions of several dumps from the cave system and onto the mock-up cave on the surface, separating the dolomite blocks from breccia (fossil-bearing rocks) that were blasted out during the mining era.

In doing so, we are able to understand the layout and possible remnant mining path that had taken place in the cave during the late 19th to early 20th centuries.

Having the cave replicated on the surface has also allowed us to assess what has come out of the cave in a safe and relatively socially distanced environment. It’s amazing what a bird’s-eye view and some sunlight can do to enhance your perspective!

With us having recently started working on what is known as “dump 9”, several possible hominid blocks have come to light and been set aside for preparation. Let me be honest: almost every block has a little something in it!