By now, you may have seen headlines about a new, ninth planet “discovered” at the edge of the solar system. 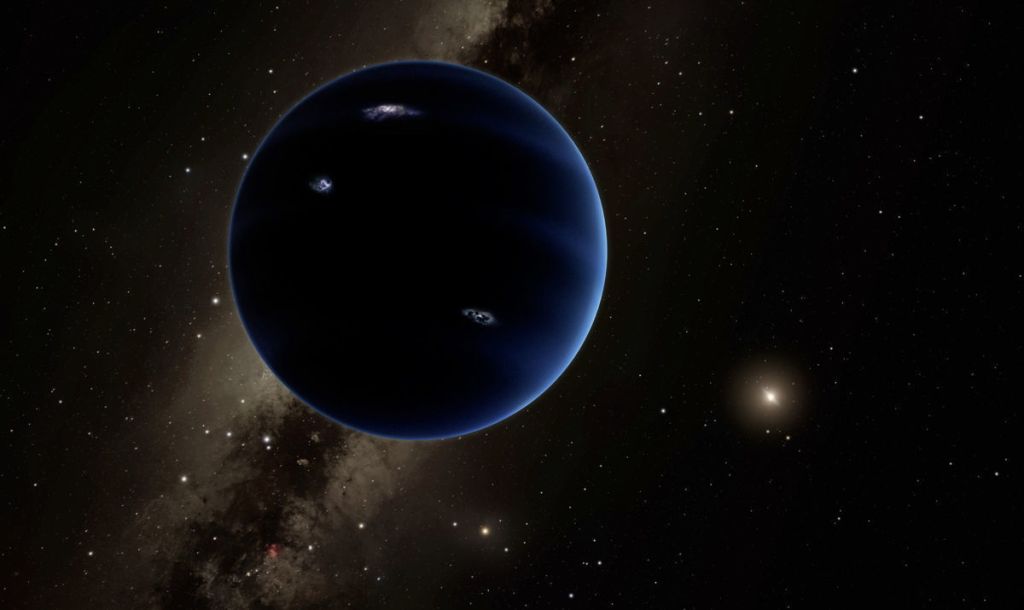 And before we go any further, sorry, Pluto fans – no, it hasn't been reinstated to full planet status (yet).

Instead, Konstantin Batygin and Mike Brown, astronomers at the California Institute of Technology (Caltech), looked at the orbits of the icy rocks and debris that are found on the outskirts of our solar neighbourhood, and noticed some strange effects.

Ann-Marie Madigan, a postdoctoral researcher at the University of California, Berkeley, explained it like this. Imagine seeing a number of boats spread across San Francisco Bay that are all pitching and rolling in the same direction, and with the same pitch/roll ratio.

“That would be really strange,” Madigan said. “And so this is why it's so strange that these minor planets in the outer solar system are doing this.”

“Imagine having pencils scattered around a desktop,” says Renu Malhotra, a planetary scientist at the University of Arizona in Tucson. “If all are pointing in the same quarter of a circle, that’s somewhat unusual.”

So, where these icy bodies should all be rolling and pitching randomly in space, tugged apart by the planets we already know about, six of them are actually in alignment.

The gravity of the situation

Like the fabled apple falling on Newton's head, Batygin and Brown noticed the effects of gravity on these orbiting bodies, and concluded that something planet-sized must be accounting for those effects.

We currently have no way of “seeing” gravity, but we can easily see its effects. It's the reason you are not floating off into space right now.

Using some clever computer simulations of these gravitational effects, the astronomers suggest that the planet is about ten times the mass of Earth, and has an elliptical (oval/egg-shaped) orbit. They estimate that it takes the planet 10 000 to 20 000 years to orbit the Sun!

All eyes on Planet Nine

One way of being able to prove conclusively that Planet Nine exists would be to see it with our own eyes. However, at an estimated distance of 30-billion kilometres away, we're going to need bigger eyes.

Luckily, there are a handful of extremely powerful telescopes around the world that can function as our astronomical eyeballs. The Victor Blanco telescope in Chile and Subaru telescope in Hawaii might be up for the job, but it'll be difficult. Trying to find a barely-lit object against a dense background of galactic stars will probably mean that the hunt for Planet Nine may take time.

Scientists, meanwhile, have started working on another theory which would explain the gravitational effects without the need for a planet.

“We need more mass in the outer solar system,” says Madigan. “So it can either come from having more minor planets, and their self-gravity will do this to themselves naturally, or it could be in the form of one single massive planet — a Planet Nine. So it's a really exciting time, and we're going to discover one or the other.”

Perhaps the coveted position of “ninth planet” will remain in flux for some time to come.