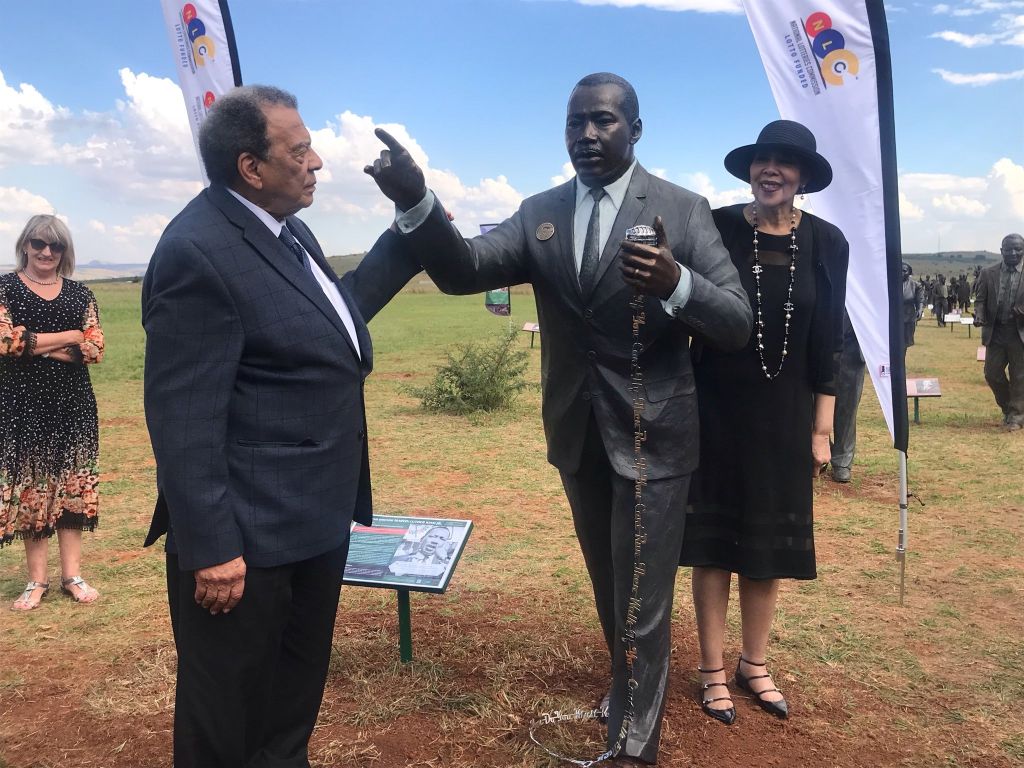 Former US ambassador to the UN Andrew Young unveiled the Martin Luther King Jnr statue during a visit to South Africa. (Image: Cradle of Humankind)

Martin Luther King Jnr was the most prominent African American civil rights leader in the 1950s and 1960s against racial oppression in the United States. King’s tactics of non-violence and civil disobedience were inspired by his Christian beliefs and the non-violent activism of Mahatma Gandhi. Together with other civil rights leaders, King fought tirelessly against segregation, disenfranchisement and economic injustice, poverty, and unfair housing practices.

A Baptist minister, he injected a moral force into the fight for racial equality. Through the Southern Christian Leadership Conference he and other activists organised protests and led marches across US cities, including the 1963 march on Washington, where he delivered his famous I Have a Dream speech.

In 1964 King was awarded the Nobel Peace Prize for combatting racial inequality through non-violent means. In his acceptance speech he referenced South Africa’s own liberation struggle: “So you honour the dedicated pilots of our struggle who have sat at the controls as the freedom movement soared into orbit. You honour, once again, Chief Luthuli of South Africa, whose struggles with and for his people, are still met with the most brutal expression of man’s inhumanity to man”.

On 4 April 1968 King’s assassination shook the US to the core, and riots immediately flared. Allegations that his killing was a political conspiracy have never been conclusively proved.

– “Keep Moving from This Mountain”, address at Spelman College, Atlanta, 10 April 1960. King calls for overcoming relativism, materialism, segregation and violence – the four “mountains”. Words from the address are represented in his bronze sculpture.

King witnessed the birth of a new nation. In 1957, the then Prime Minister-elect of Ghana, Kwame Nkrumah, invited King and his wife, Coretta Scott King, to attend the celebration of the newly independent country on 6 March 1957. From a personal account of events, King cried tears of joy at the independence ceremony and shared a private lunch with Nkrumah.