In the third edition of Maropeng’s “Thinking Aloud” series of public talks, we take a closer look at a fascinating astronomical event that Nasa illustrates in the animation below:

Last year, some of South Africa’s top astronomical researchers were part of an international team that witnessed a world first: the first cosmic event observed in both gravitational waves and light. The waves traced back to an unimaginably violent explosion resulting from a merger of two neutron stars. That explosion 130-million light years away shook our space-time continuum, creating gold in real time. 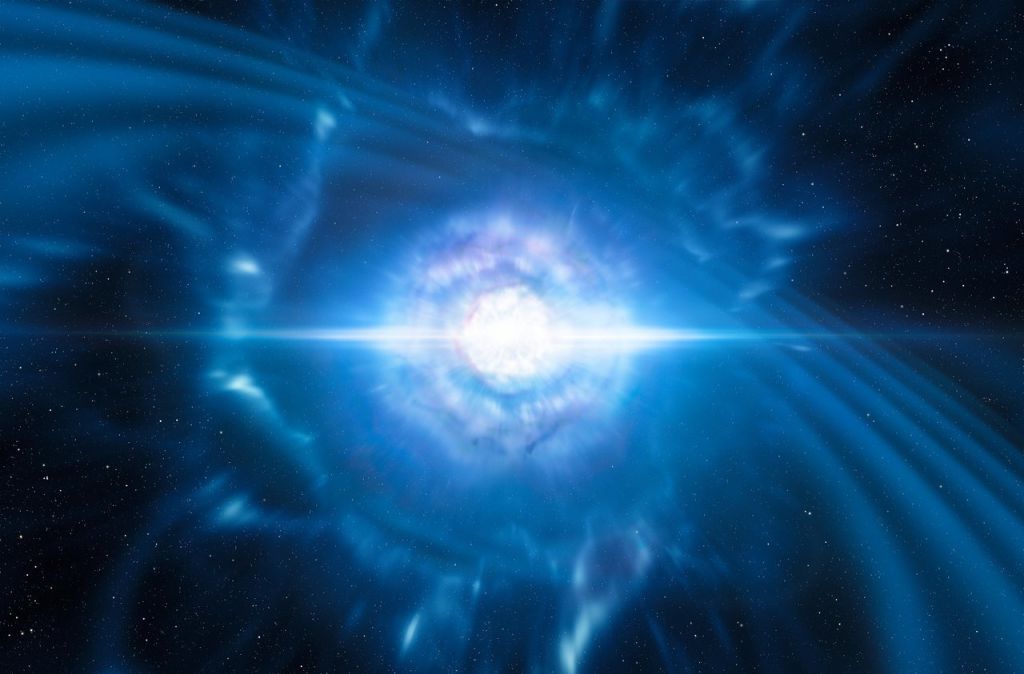 This artist’s impression shows two tiny, but dense, neutron stars at the point at which they merge and explode as a kilonova. (Image: European Southern Observatory)

On 24 February 2018, join Professor Petri Vaisanen, director of the South African Astronomical Observatory (SAAO), as he describes what happened, what it means, and how the Southern African Large Telescope and the SAAO are charting exciting new paths in astronomical science research.

“2017 added excitement to the field manyfold,” writes Vaisanen to Maropeng ahead of the much-anticipated public lecture. “Essentially, a totally new branch of astrophysics was born, when the gravitational waves were put together with visible light and other electromagnetic radiation. These all traced back to an unimaginably violent explosion resulting from a merger of two neutron stars. That explosion 130-million light years away shook our space-time continuum, also creating gold and platinum in real time.”

Vaisanen will be joined by Jerome Jooste, chairperson of the Astronomical Society of Southern Africa in Johannesburg. Jooste specialises in spectroscopy, galactic nova and asteroid searching.

He will talk about the rich collaboration going on between professional astronomers, educational/research institutions and the amateur astronomers.

“With modern sophisticated observing and imaging systems used by thousands of amateurs very valuable data can be collected which can be of use to the professional astronomers,” Jooste says. He will also talk about how amateurs can get involved in this exciting science, without buying an expensive telescope.

Amateurs, he says, are helping process and analyze the enormous volume of data collected by the likes of the Hubble Space Telescope, easing the burden on professionals and bringing new discoveries to light.

This event is free.

If you’d like to attend, please email reception@maropeng.co.za to let us know you’ll be joining us. Seating will be allocated on a first come, first served basis.