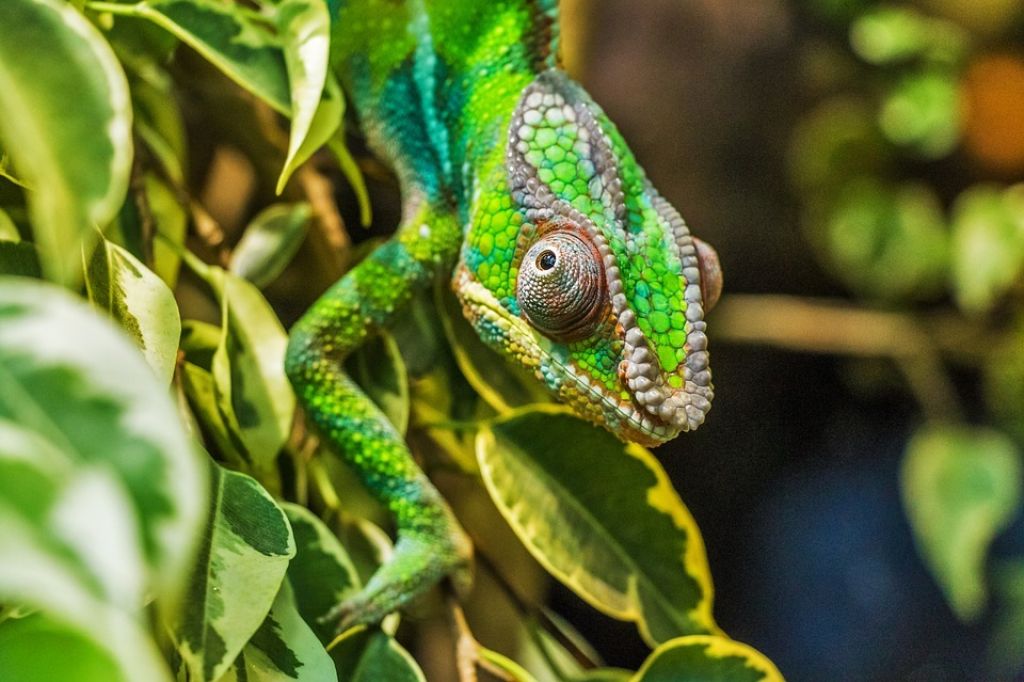 There are about 213 species of chameleons in the world. (Image: Pixabay)

Chameleons (Chamaeleonidae) are a family of unique lizards with unusual characteristics: rapidly extendable tongues, feet with two toes pointing forward and two backward, a prehensile tail, and eyes that can move independently of each other. Many species also have the ability to change the colour of their skin.

There are about 213 species of chameleons in the world. They can be found in Africa, the Middle East, southern India, Sri Lanka and the Mediterranean region of Europe. About half of all species occur in Madagascar, a large African island in the Indian Ocean.

This island is therefore considered to be a centre of diversity for these lizards and there’s a long-held view that chameleons originated on Madagascar and came to mainland Africa through oceanic dispersal: they floated on huge rafts made of trees.

But little is known about how these lizards spread across the world and how they evolved. Their fossil record, the only form of direct evidence about their early evolution and history, is very scant.

A study in 2013 challenged this view. It suggested that chameleons likely originated in mainland Africa, rather than in Madagascar. It did this by analysing genetic information. But a key element was missing: a fossil chameleon of the right age and in the right place. This would give clear evidence of their history and evolution.

My colleagues and I did research on a chameleon fossil skull from Kenya. The fossil was first discovered in 1992.

We wanted to observe all the elements of the fossil’s skull in detail so that we could place its evolutionary history. The results were a surprise: the chameleon was from a genus that only exists in Madagascar today. Our study of this fossil chameleon skull shows that these chameleons could in fact have originated in Africa. This idea is supported by evidence which shows that ocean currents at the time moved towards Madagascar, allowing animals to make the journey from the continent to the island on rafts made of trees.

The fossil comes from Rusinga Island, a famous fossil site in Kenya. It is one of the oldest chameleon skull fossils, and the only known complete early Miocene (about 18 million years ago) specimen. It is remarkably complete and well-preserved.

However, it’s not been fully freed from the rock and there’s still sediment that fills the whole internal region of the skull. This conceals many bone elements.

We used a micro-CT scanner to give us an x-ray image of all the skull’s internal cavity, including the bones, surfaces and sutures. By looking at these features we could determine which species it most resembled. This modern, non-invasive technology is a very powerful science tool, allowing us to study fossils in a new way.

We found that it was a Calumma species of chameleon – but it was a new one, so we created a new name for it: Calumma benovskyi.

Since all species of this genus are endemic to Madagascar, and none exist anywhere else in the world today, this fossil uniquely shows that Calumma existed on continental Africa in the past.

Our results challenge the long-held view that chameleons originated from Madagascar and dispersed over water to Africa. It provides strong evidence of an African origin for some Malagasy lineages.

At the time when the fossilised chameleon lived, the position of Madagascar relative to Africa was about the same as it is today. The separation of Madagascar from Africa had already occurred, during the age of dinosaurs, approximately 150 million years ago.

The presence of a Malagasy lineage on continental Africa during the early Miocene might appear as a surprise, but other endemic Malagasy animals – such as the Aye-Aye – have had similar patterns. Their fossils have been found on the continent, suggesting an African origin.

The idea is that animals might have used rafts of trees to cross from the continent to the island. Rafting has been suggested for many other lizards, so it is not unusual.

Why couldn’t it have got from Madagascar to Africa in the past? The answer lies with looking at how ocean currents flowed in the past.

With regards to chameleons and Africa, oceanic currents favoured eastward dispersal – away from Africa towards Madagascar – at that time of the Eocene until the end of the early Miocene, between 50 to 15 million years ago. So the dispersal would’ve only been possible towards Madagascar.

A study shows that shortly after the early Miocene, the currents between Africa and Madagascar turned in the opposite direction: westwards, toward Africa. This is what’s happening in present-day surface-water circulation. From the middle Miocene onwards, currents would have hindered a journey to Madagascar for any non-swimming animals.

Madagascar’s isolation from the continent supported the further evolution of its terrestrial animals and its exceptional biodiversity. These chameleons then continued to spread and evolve on the island, accounting for the many different endemic species.

To see the chameleon skull, a big piece of the puzzle for this lizard’s history, you can visit the palaeontology section at the Nairobi National Museum, where it is housed.