Whether you believe in the power of the stars and planets or are one of those who simply enjoys marvelling at the night sky while pondering the science of it all, the fact is that astronomy has had a very real impact on human minds. 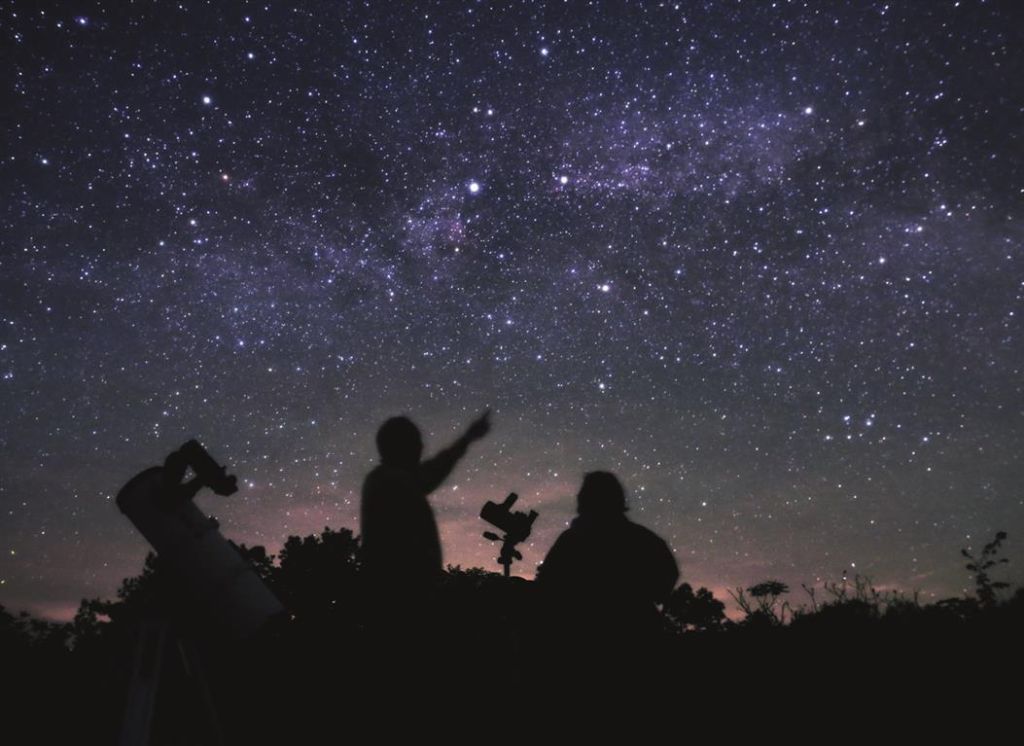 Stargazing can be a different experience for each person – for some it is a spiritual experience; for others a never-ending pursuit of knowledge; and for others still it’s about appreciating the beauty and magnitude of the skies. (Image: Maropeng)

In this month’s stargazing event, Maropeng’s resident astronomer, Vincent Nettmann, addresses the role of astronomy in the development of the human mind, and what we have learnt about the starry skies during this process. This interesting 60-minute illustrated talk will feature exquisite Hubble Space Telescope images.

While we haven’t stopped seeking to explain the mysteries of the universe, our methods have changed. Modern man has sophisticated technologies at his disposal to attempt to answer age-old questions, as well as the new ones that have arisen from newly acquired knowledge.

Nettmann explains that to casual spectators the night skies may look like jumbled bodies of light randomly strewn about the firmament, some a little brighter than others, all just part of a sea of burning balls of gas. But someone who has taken the time to study these celestial bodies sees orderly patterns and shapes. The planets and brighter stars become navigation points and landmarks by which we chart our journeys through the skies as they lead us further afield, to less easily understood celestial bodies.

Those who study the stars know that this knowledge arms them with a 24-hour clock, a compass and a protractor – practical reasons for stargazing. However, on a deeper level, some gaze at the stars to feed the philosophical aspects of the soul, while others study it for science’s sake and its sheer beauty.

For those in science, the lovely celestial patterns, shading and colouring offer valuable information about matter – information that couldn’t be acquired in a lab here on Earth. These observations and research allow us a greater understanding of our own world and help us deduce its future.

Studying the stars has even allowed some to attain immortality of sorts with their valuable contributions to astronomy. According to Nettmann and those in his field, the names of stars and their derivations pay homage to ancient civilisations’ contributions to astronomy. Myths and legends about the powerful beings that inhabit distant skies all have their place in folklore.

Some find that stargazing is a spiritual experience; for others it is a never-ending pursuit of knowledge; and for others still it’s about appreciating the beauty and magnitude of the skies.

Whatever your reason for gazing up at the sky, remember that it’s shaped the minds and thinking of humanity.

Bring along your binoculars to participate in an after-dinner laser-guided tour of the southern skies.