Heritage sites are fascinating windows into the past.

The stalagmites in the Sterkfontein Caves, for instance, took millions of years to form, and a visit here gives you a glimpse of a world that existed long before Homo sapiens. A visit to Robben Island is an emotional journey into South Africa’s troubled past. And a visit to Mapungubwe offers a look at an ancient civilisation that flourished in the 11th century.

There are more than 1 000 World Heritage Sites across the globe, nine of them in South Africa.

These sites are all carefully chosen by the United Nations Educational, Scientific and Cultural Organisation (Unesco).

“To be included on the World Heritage list, sites must be of outstanding universal value and meet at least one out of 10 selection criteria,” Unesco says on its website.

There are 136 World Heritage Sites in 37 countries across Africa. Ethiopia and Morocco have the most sites (11 each). South Africa comes second with nine.

Are you between the age of 18-28? Then participate in our photo contest! 📸 ✅Post your photo of an African World Heritage site using #MyAfricanHeritage ✅Write a brief description of your experience and your connection to the site ⏰ Deadline is 30 April 2018 For more information about the photo competition, click the link in BIO. #Africa #PriorityAfrica #Nature #UNESCO #WithNature #makeourplanetgreatagain 📷 Francis makari

In order to highlight the continent’s unique heritage sites, Unesco has launched a social media competition called #MyAfricanHeritage, in which you can submit your picture of an African heritage site and win a trip to the Ngorongoro Conservation Area and Serengeti National Park in Tanzania (first prize); Robben Island in South Africa (second prize); or Cidade Velha, the historic centre of Cape Verde’s oldest settlement, once called Ribeira Grande (third prize). Get the details here.

For inspiration, here are snapshots of some of South Africa’s World Heritage Sites.

“The area contains essential elements that define the origin and evolution of humanity. Fossils found there have enabled the identification of several specimens of early hominids, more particularly of Paranthropus, dating back between 4.5-million and 2.5-million years, as well as evidence of the domestication of fire 1.8-million to a million years ago,” Unesco notes on its website. 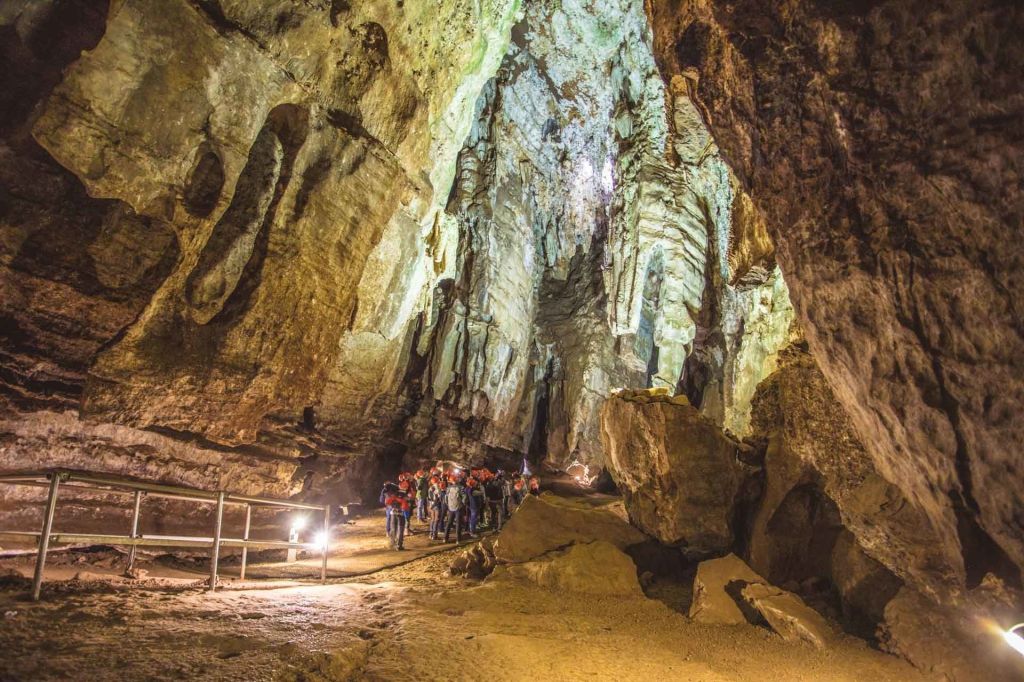 Take a trip through time at the Sterkfontein Caves. (Image: Maropeng)

According to Unesco, “It is one of the world’s great centres of terrestrial biodiversity. The extended property includes national parks, nature reserves, wilderness areas, state forests and mountain catchment areas.” 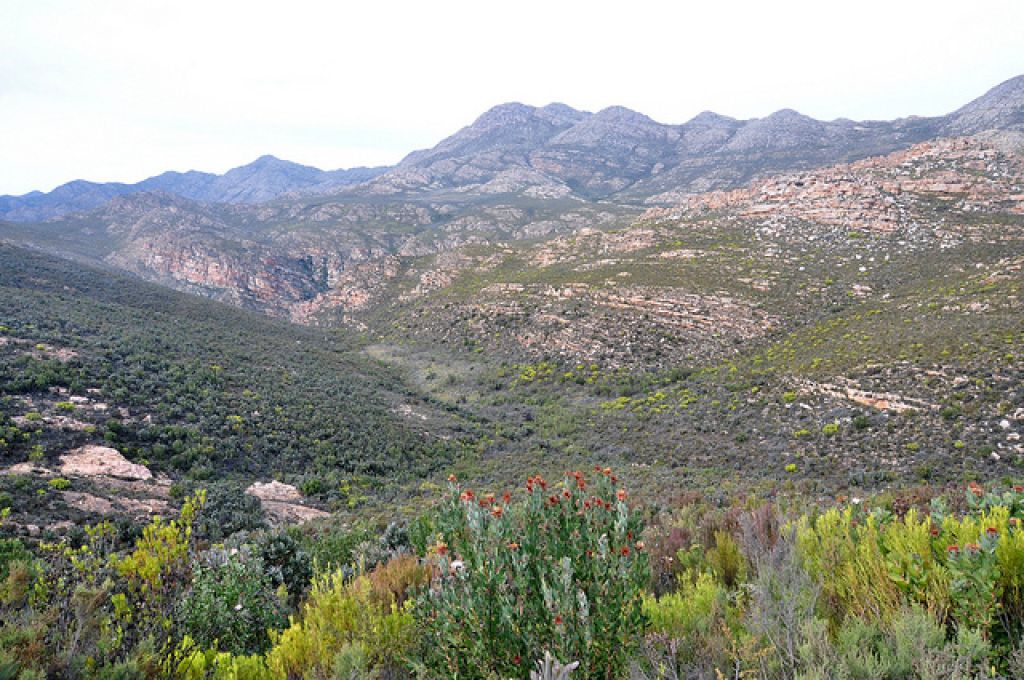 “The mosaic of landforms and habitat types creates breathtaking scenic vistas,” Unesco notes. “The site contains critical habitats for a range of species from Africa’s marine, wetland and savannah environments.”

“Mapungubwe developed into the largest kingdom on the sub-continent before it was abandoned in the 14th century. What survives are the almost untouched remains of the palace sites … presenting an unrivalled picture of the development of social and political structures over some 400 years,” says Unesco. 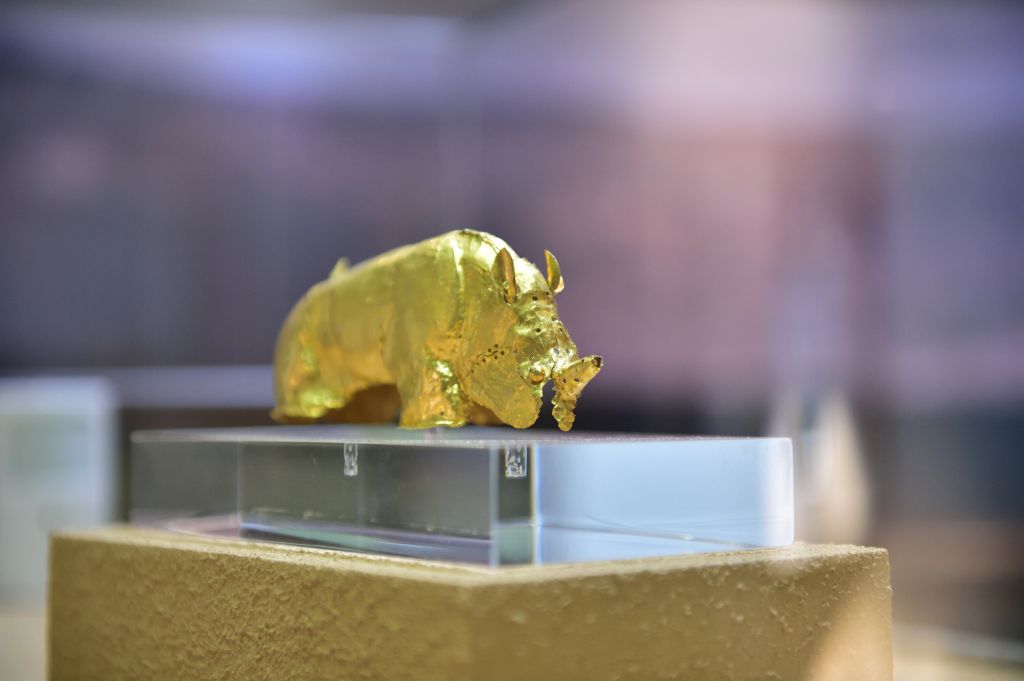 Probably one of the most famous sites in South Africa, Robben Island’s significance is undeniable. As Unesco notes, “Its buildings, particularly those of the late 20th century, such as the maximum security prison for political prisoners, witness the triumph of democracy and freedom over oppression and racism.”

“This site sustains the semi-nomadic pastoral livelihood of the Nama people, reflecting seasonal patterns that may have persisted for as much as two millennia in Southern Africa. The pastoralists collect medicinal and other plants and have a strong oral tradition associated with different places and attributes of the landscape,” notes Unesco.

The ǂKhomani Cultural Landscape was named a World Heritage Site last year, making it the newest addition to South Africa’s list. The area is located on South Africa’s border with Botswana and Namibia and includes part of the Kgalagadi Transfrontier Park.

“The large expanse of sand contains evidence of human occupation from the Stone Age to the present and is associated with the culture of the formerly nomadic ǂKhomani San people and the strategies that allowed them to adapt to harsh desert conditions,” Unesco notes.

“The ǂKhomani Cultural Landscape bears testimony to the way of life that prevailed in the region and shaped the site over thousands of years.”

“This spectacular natural site contains many caves and rock-shelters with the largest and most concentrated group of paintings in Africa south of the Sahara. They represent the spiritual life of the San people, who lived in this area over a period of 4 000 years.” 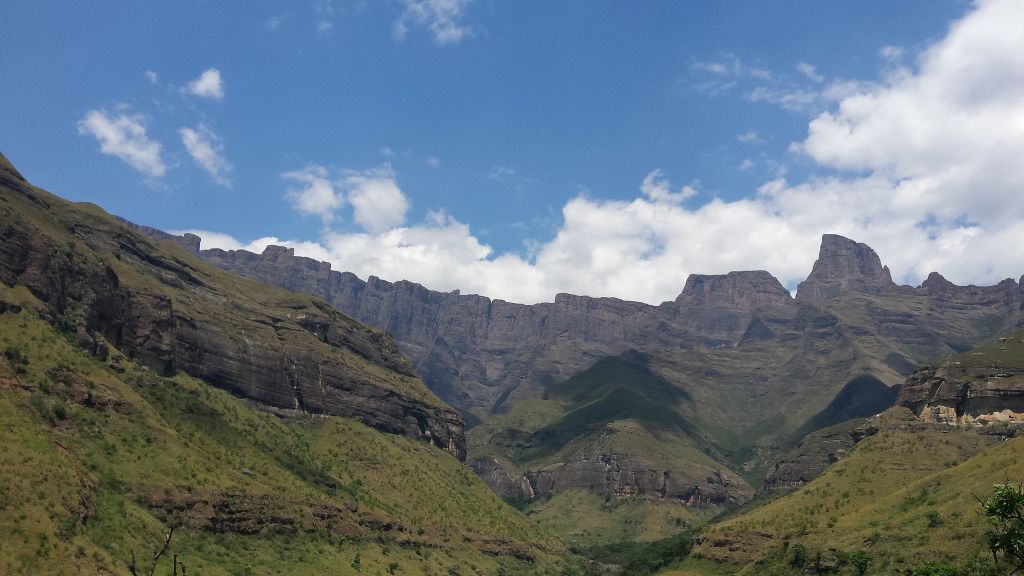 The Vredefort Dome in the Free State is the site of a meteorite strike more than two million years ago.

“Vredefort Dome bears witness to the world’s greatest known single energy-release event, which had devastating global effects including, according to some scientists, major evolutionary changes. It provides critical evidence of the Earth’s geological history and is crucial to understanding of the evolution of the planet,” notes Unesco.

Isn’t it time you took a trip to all South Africa’s heritage sites? Start with a visit to the Cradle of Humankind. First stop: Maropeng.