Paleoanthropologist and science blogger John Hawks of the University of Wisconsin-Madison is one of the experts on site at the Rising Star Expedition, analyzing fossils, monitoring activity from the Command Center, and helping tell the story from the senior scientists’ perspective. For real-time updates follow him on Twitter @JohnHawks.

Saturday we went over 900 numbered fossil specimens.
It was meant to be a rest day, but the advance team insisted on going back into the cave Saturday morning. They were keenly feeling the clock ticking with only three excavation days remaining. They were in the cave by 6:30am, out at noon.
Read All Posts From the Rising Star Expedition 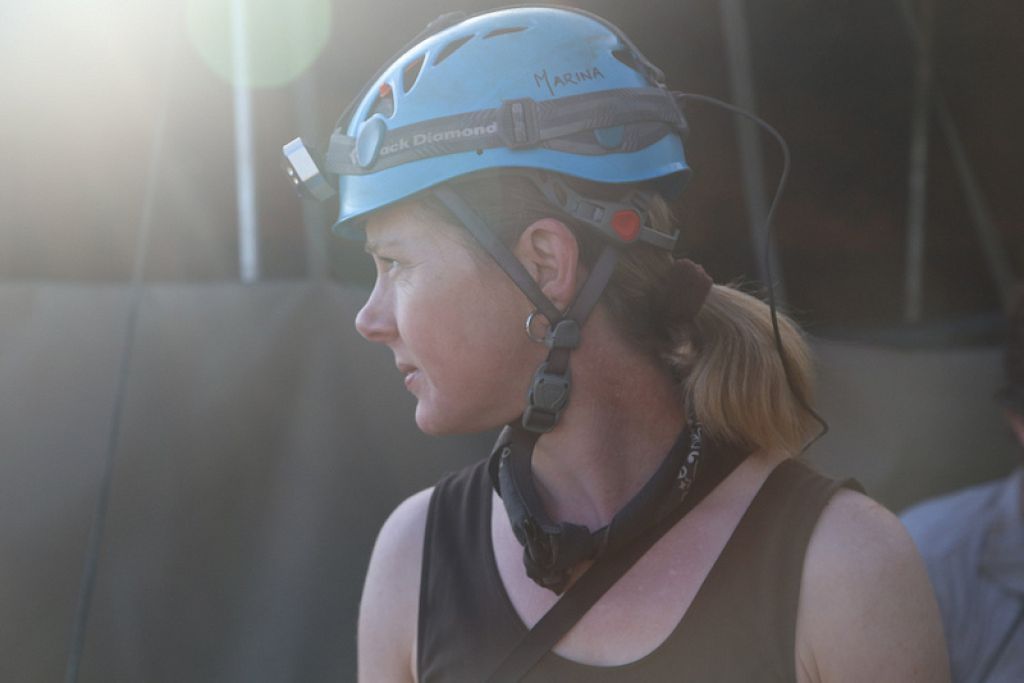 The slow day with a partial team underground gave the Science tent time to catch up on cataloging and conserving the fossils from Friday’s fossil frenzy. We are preparing to bring the fossils off the site to their new home at the University of the Witwatersrand, and so we are reorganizing and packing fossils for shipment.At the same time, our advance scientists have begun to sort through sediments from the cave to find tiny fragments of bone that could not be collected individually in the chamber itself. We are collecting every grain of sediment from the site and carrying it out by the same system as the fossil bone. These samples have already given rise to some important discoveries. 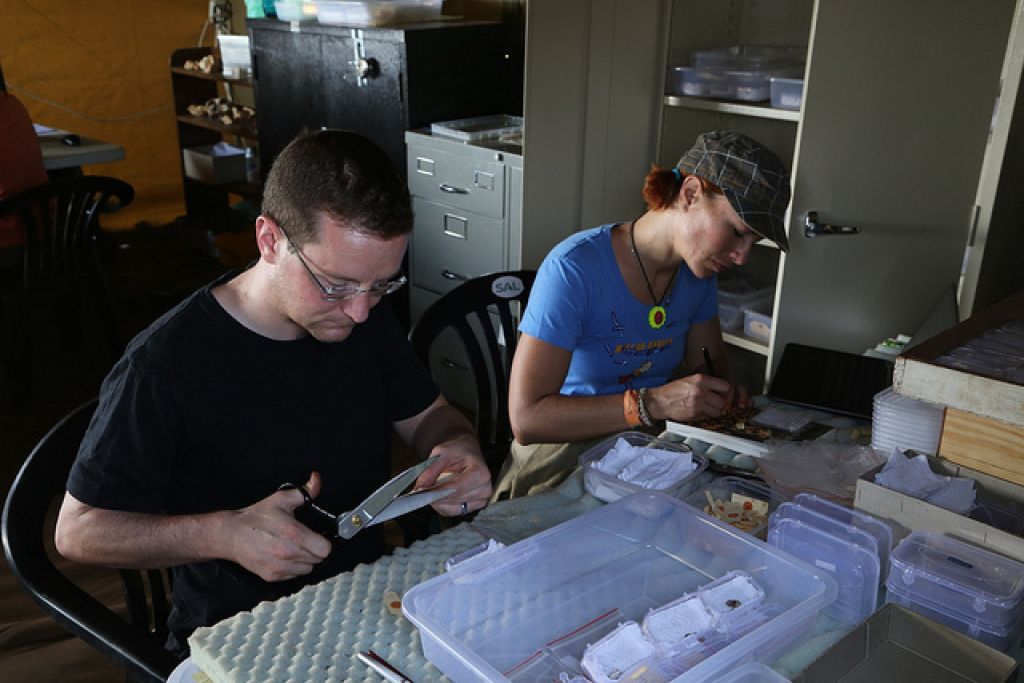 Hominids in the WildAfter ending our short day underground, the whole team went on a field trip to Malapa, where Lee Berger first discovered the remains of Australopithecus sediba. The Malapa site is in the John Nash Nature Reserve, in the Cradle of Humankind World Heritage Site. The track took us on a beautiful drive past blesbok, blue wildebeest, sable, and warthogs. The Rising Star camp is in a horse pasture, so this trip gave our advance team their first view of African wildlife on the expedition.Malapa has changed a lot since I was there this summer. A specially designed protective structure is being erected over the cave, to keep water and storm damage out, and to give a walkway above the excavation area for visitors to the site. The structure blends into the landscape, has remarkably small foundations well clear of the fossil-bearing deposits, and has been designed and positioned around the existing trees. Until it is completed, the deposits are covered by a temporary wooden structure to prevent damage from the construction. 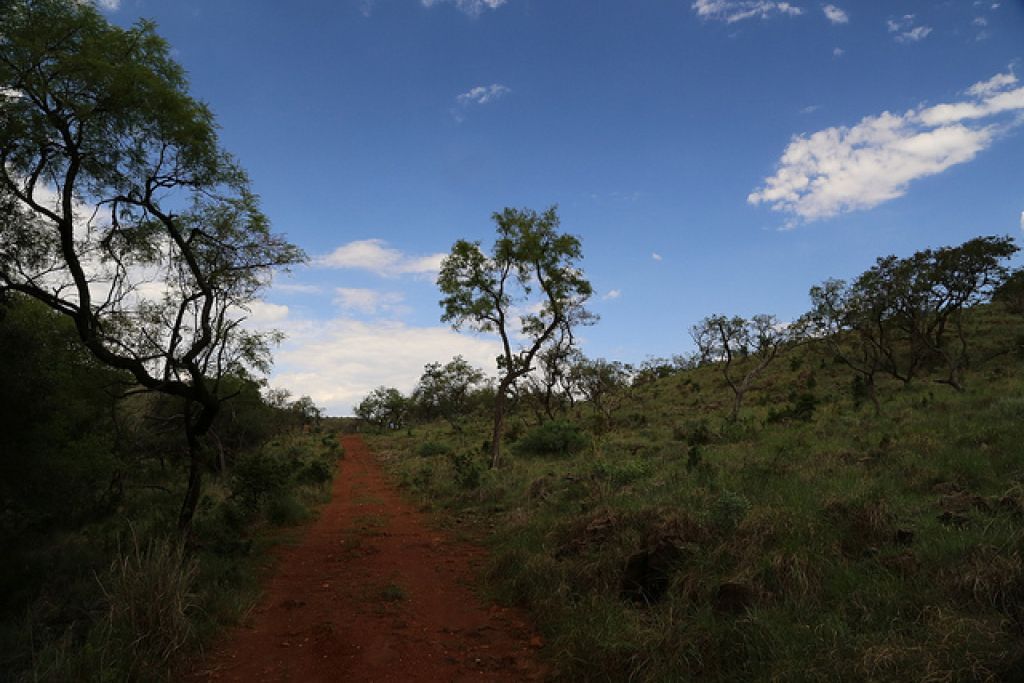 Lee Berger discovered the Malapa site in 2008, with the first publication of fossil specimens in 2010. Two skeletons have been described so far, both of which are among the most complete early hominins ever found. The Malapa team assigned these skeletons to a new species, Australopithecus sediba, which shares some interesting features in common with our own genus, Homo.The Science Behind the SiteThe fossils from Malapa are in breccia and decalcified breccia deposits. Breccia is a mixture of bone, stone and sediment that is cemented together by calcium carbonate within cave systems. It’s like concrete full of fossil bones, so hard that specialists use pneumatic drills to carefully prepare the bones out of it. Breccia can become decalcified by natural processes, leaving the bones behind in a soft sediment, and some of the Malapa hominin bone has been found in that decalcified context. 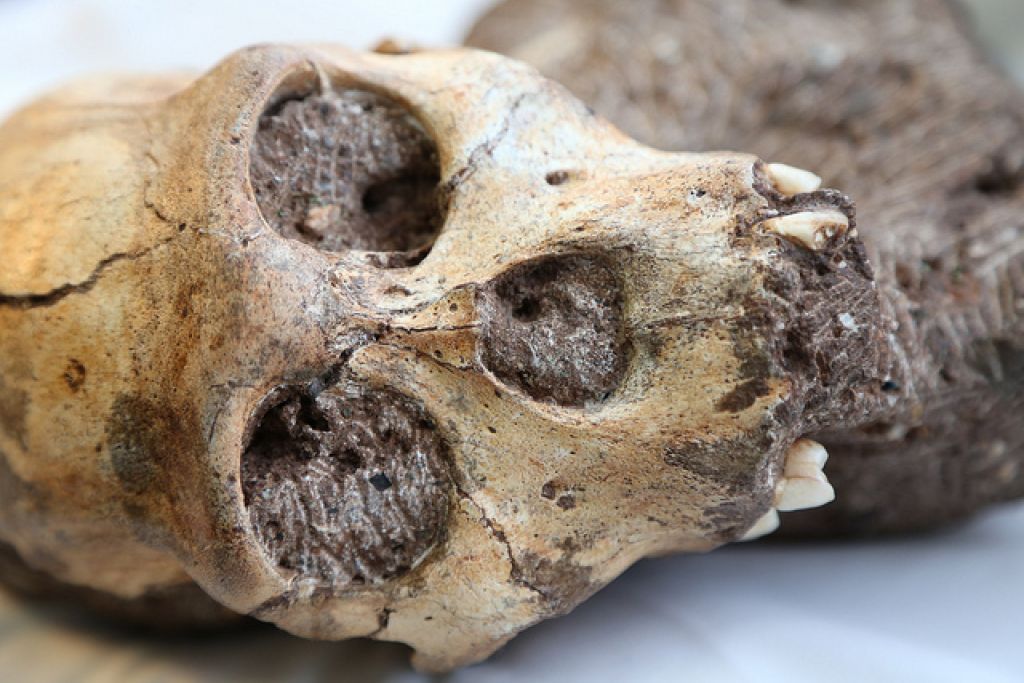 At Malapa, flowstones lie directly above and below the fossil-bearing deposits. These flowstones were laid down within the ancient cave, as water deposited calcium carbonate on the cave surface. Ancient groundwater also deposited minute amounts of uranium within the calcium carbonate, along with trace amounts of minerals that contain iron. Some of the uranium decays over time into lead, and the amount of uranium and lead in the rock today give an indication of the amount of time that has passed since the flowstone formed. Further, the iron-containing particles align themselves with the Earth’s magnetic field, which has reversed periodically within the last few million years. Together, these methods allow us to say that the Malapa fossils were deposited in the site around 1.97 million years ago.Work has only just begun at Malapa. So far all the fossils have been recovered from the surface and from blocks of breccia that were blasted from the site by lime miners early in the twentieth century. Parts of additional individuals besides the first two skeletons have already been recovered, and more of their bones are still in the breccia deposit. The team will begin carrying out excavation of the site sometime in the next several months, when the structure protecting the site has been completed and field operations are organized.Malapa and Rising StarThe Malapa valley has changed a great deal during the 2 million years since the hominins died there. The valley floor has eroded at a rate of approximately 20 meters per million years, so that the breccia deposit exposed at the surface today probably once lay tens of meters underground. We are essentially seeing the last stages of destruction of a fossil cave deposit. 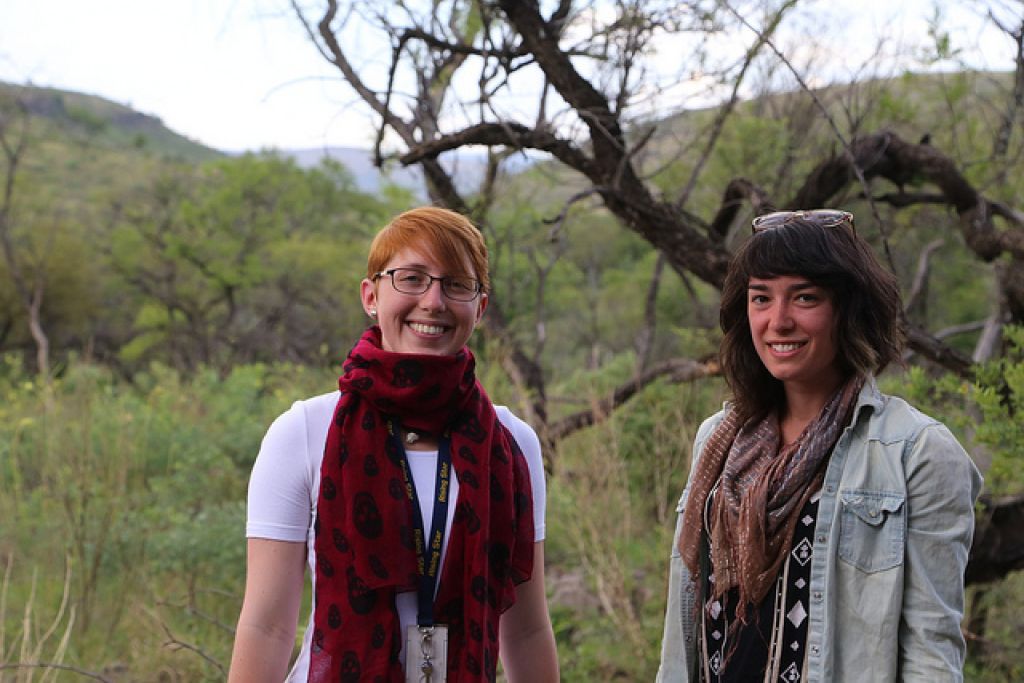 By contrast, the Rising Star deposit we are excavating now is still inaccessible, more than 30 meters below the surface. We don’t think that the two sites represent the same kind of fossil accumulation, but comparing them will help us to understand how other fossil sites in the region have developed. We are working to develop a greater understanding of the geology of the Rising Star system, and hopefully that will give us a way of determining the time that these fossils were deposited in the advance chamber.New Ways to Find & Recover FossilsMalapa showed that a concerted system of exploration could discover important new hominin fossil sites, where no one had noticed them previously. The story about how Lee used Google Earth followed by systematic ground survey to identify sites has by now become famous. But the implications have not been widely absorbed.The Rising Star Expedition resulted from a similar deliberate survey. Lee employed geologist and caver Pedro Boshoff to explore known cave systems looking for undescribed fossil deposits. In the Rising Star system, Pedro found a slot that he couldn’t fit through, so he enlisted Rick Hunter and Steve Tucker, two experienced cavers with the right physique to navigate what we now call “the Chute.” The discovery followed from cooperating with experts with very different skill sets, bringing them together to explore.And now we have a team of archaeologists and cavers working together, bringing out significant fossils. In my next post, I’ll discuss what we know about this incredible fossil collection so far.