The Sterkfontein Caves, situated in the Cradle of Humankind, represent one of the world's richest fossil sites, and discoveries there continue to astound the international scientific community. Here is a collection of sometimes surprising facts about the caves.

In the late 1890s gold miners dynamited the Sterkfontein caves in search of limestone which they converted into the quick lime required for processing gold. Their explosions revealed entrances to the cave system.

Around 2.5-billion years ago, the area now known as the Cradle was a shallow inland sea. 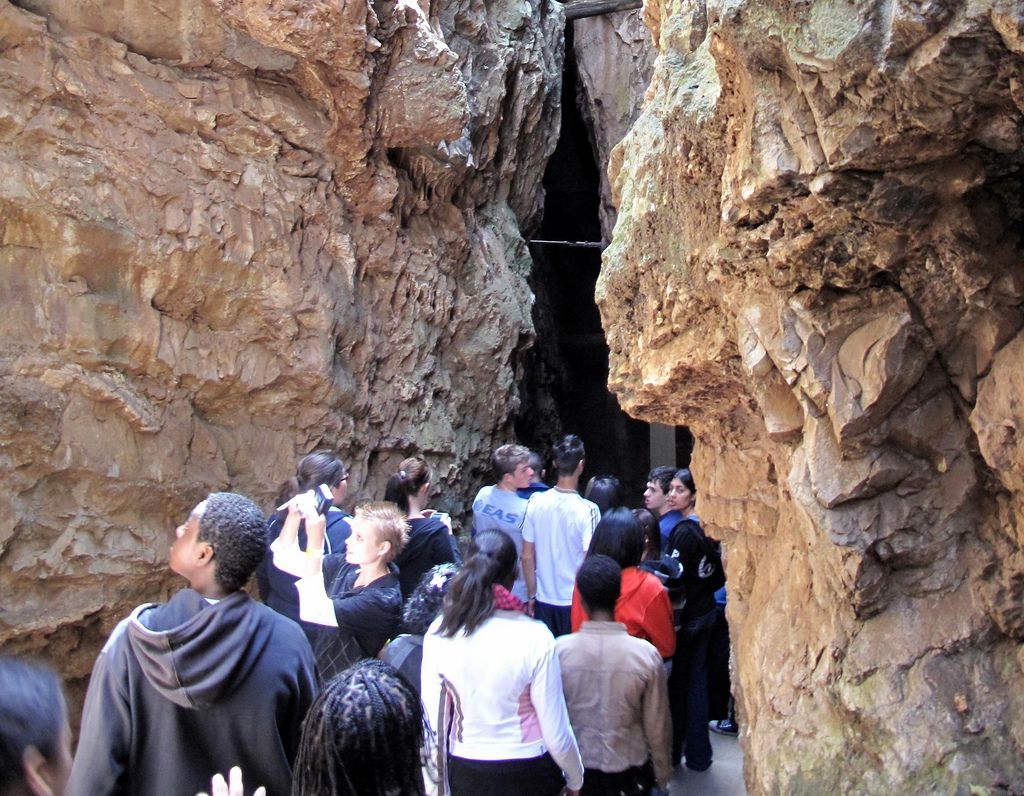 The sheer size of the cave structure is awesome. Photo courtesy of Meraj Chhaya

The Sterkfontein Caves are owned by the University of the Witwatersrand, whose scientists continue to unearth fossils on the site.

The caves form part of a UNESCO World Heritage Site proclaimed in 1999.

The caves, which lie 50km northwest of the city of Johannesburg, are comprised of limestone and form part of 47 000 hectares of privately owned land.

Fossils discovered at the caves date back more than 4-million years and are commonly accepted as representative of the birth of humanity.

An estimated 40% of all the world's human ancestor fossils have been found in the Cradle. 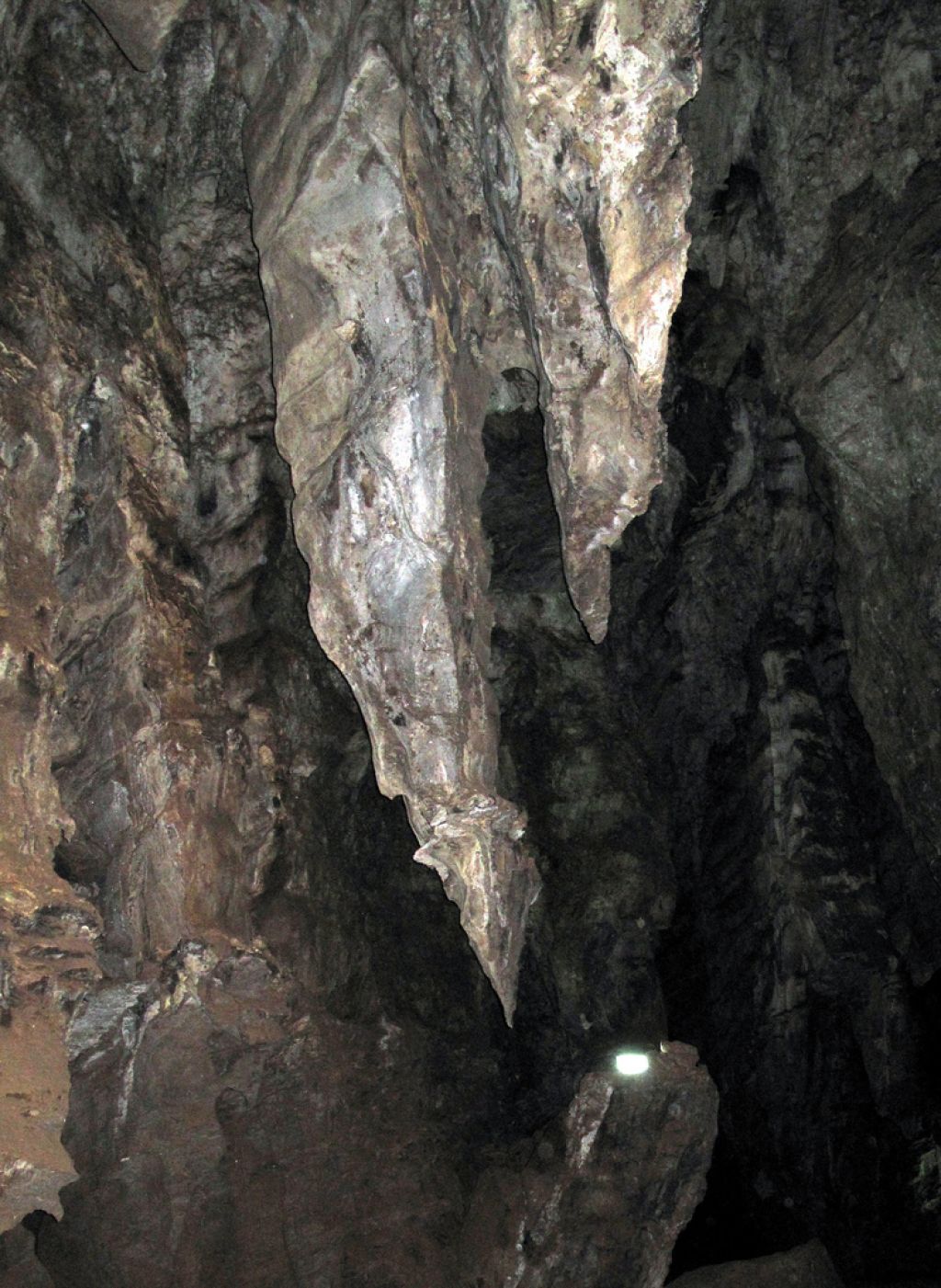 More than 9 000 stone tools have been found in the Sterkfontein Caves.

The Swartkrans fossil site records the earliest-known deliberate use of fire, around 1.3-million years ago.

The world-renowned caves are home to the oldest and most continuous palaeontological dig in the world, at more than 60 years and counting.

The Cradle of Humankind World Heritage Site has become a major international tourism destination with close to 400 tourism attractions, including 91 graded establishments.

Formal excavations of the caves began during the 1890s.

Since 1979 the Gondolin site has delivered 90 000 fossil specimens.

The Sterkfontein Caves are one of the richest and most productive palaeo-anthropological sites in the world.

Wonder Cave has an enormous chamber with 15-metre-high stalactite formations. 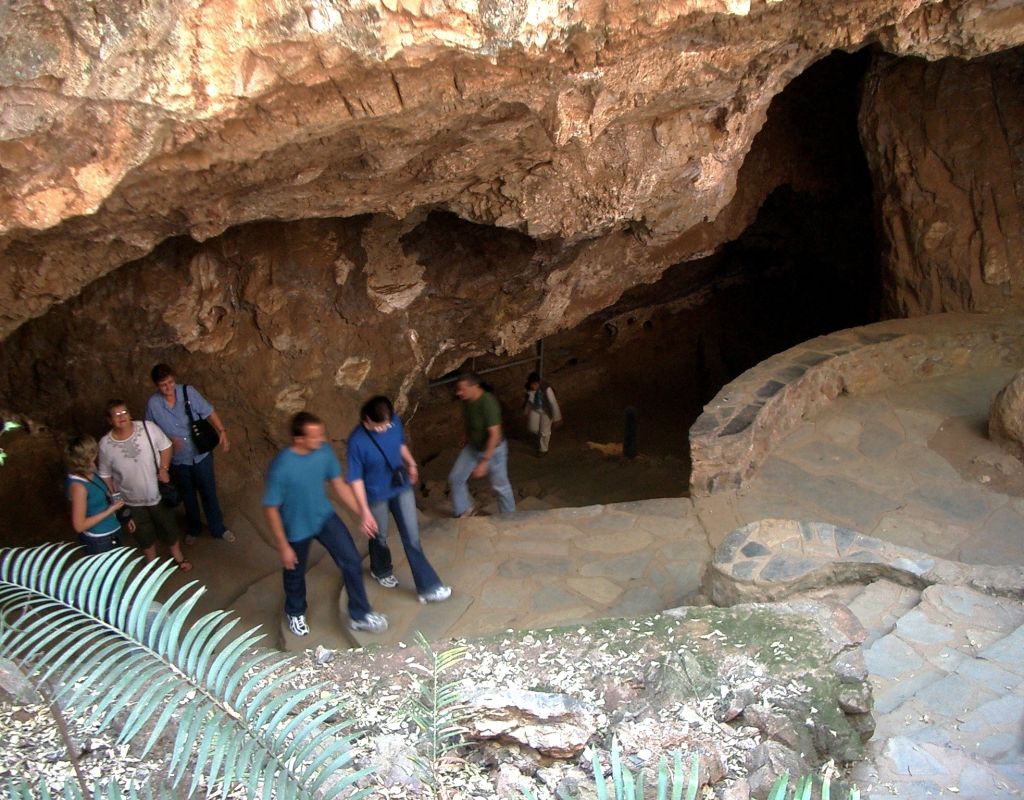 A tour party emerges from the caves. Photo courtesy of Seaturtle

The Sterkfontein valley consists of around 40 different fossil sites, 13 of which have been excavated.

One of the fossil sites, Bolt's Farm has revealed the remains of three sabre-toothed cats in a pit where the animals were trapped.

Fossils of early forest-dwelling monkeys that lived 1.3-million years ago have been unearthed at Haasgat.