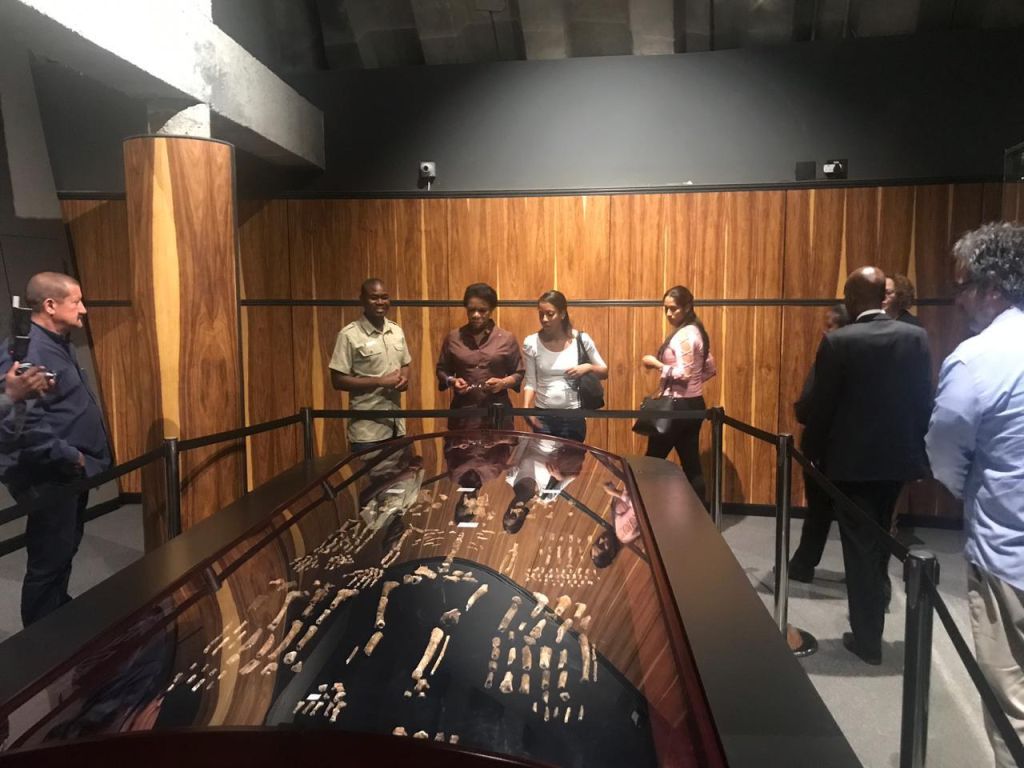 Inez Maria Chapman Waugh, the Vice President of the Council of State and the Council of Ministers of Cuba, visited Maropeng, the official visitor centre to the Cradle of Humankind, with a delegation of 28 guests on Saturday 30 April.

She was welcomed by Maropeng’s Managing Director, Michael Worsnip, and Sales and Marketing General Manager, Janine Muthusamy. The delegation began their visit with a tour of the HomonalediAlmost Human exhibition, conducted by senior tour guide Norman Maine.

“When I said to her, ‘Welcome home ma’am!’ our eyes met. She knew exactly what I was saying,” said Worsnip. “And so across colour and gender – across position and place – across language and culture; across historical connections and complex crossroads, we recognised that our lives were fundamentally intertwined. It was a moment of enormous grace and kinship. ‘We are family,’ she said – simply. We undoubtedly are.”

Worsnip added: “There was [a] powerful moment in the Almost Human exhibition, when I handed her a cast of the skull of Homo naledi. I told her to put it on her desk when she gets home. And when people ask her what it is and who gave it to her, she must tell them it is from people who Cuba helped, when they were in their darkest hour. And they did so because, ‘We are one!’ There were tears in her eyes as she accepted the cast from me.”

Next, the delegation proceeded to the walking tour of the Long March to Freedom exhibition, where Waugh experienced a touching moment with the statue of Fidel Castro.

“Sometimes in life, one is lucky enough to have a window opened to a bigger, broader more colourful world. For me, that window was opened today. I have never been to Cuba, but Cuba has been to me. For this morning I was part of something terribly special,” Worsnip said. 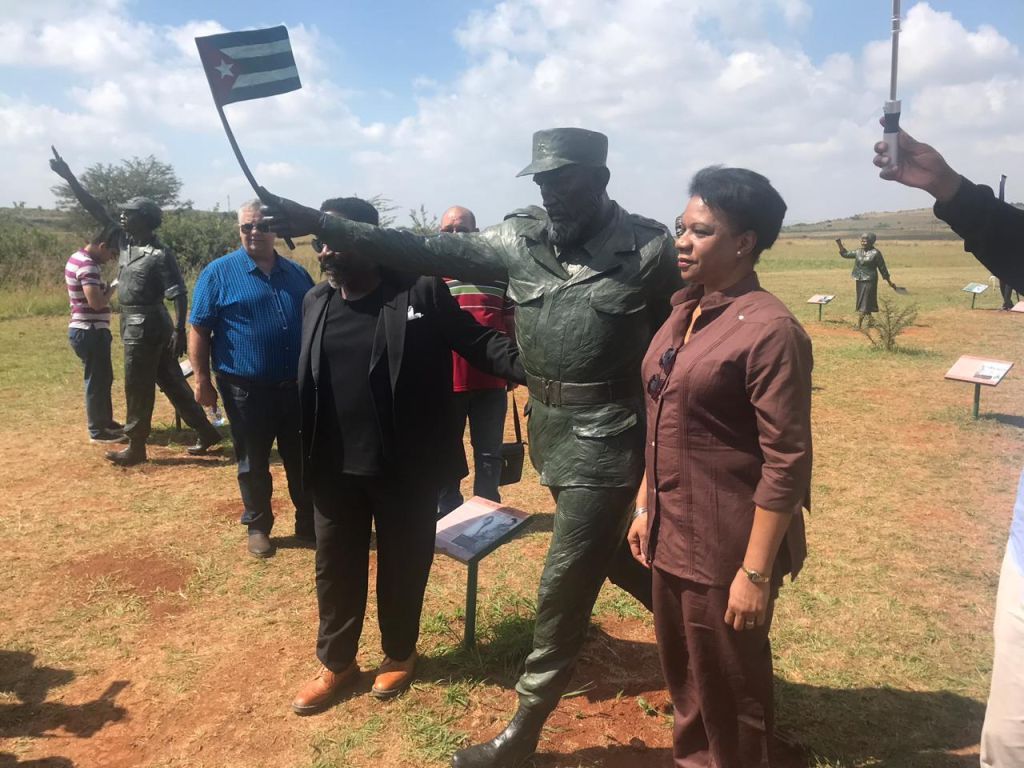