Keneiloe Molopyane could best be described as a bonafide adventurer. She has scuba-dived through shipwrecks off the Cape coast; had a narrow escape from a leopard while on an archaeological survey at an Iron Age site; and recently added her name to the impressive roster of “underground astronauts” exploring the world-famous Rising Star Cave system in the Cradle of Humankind.

The archaeologist and biological anthropology PhD candidate is now also the new curator of the acclaimed museum at the Maropeng Visitor Centre. And she’s had a fascinating journey to this post – a journey that began years ago, far from the exciting world of caves and shipwrecks. 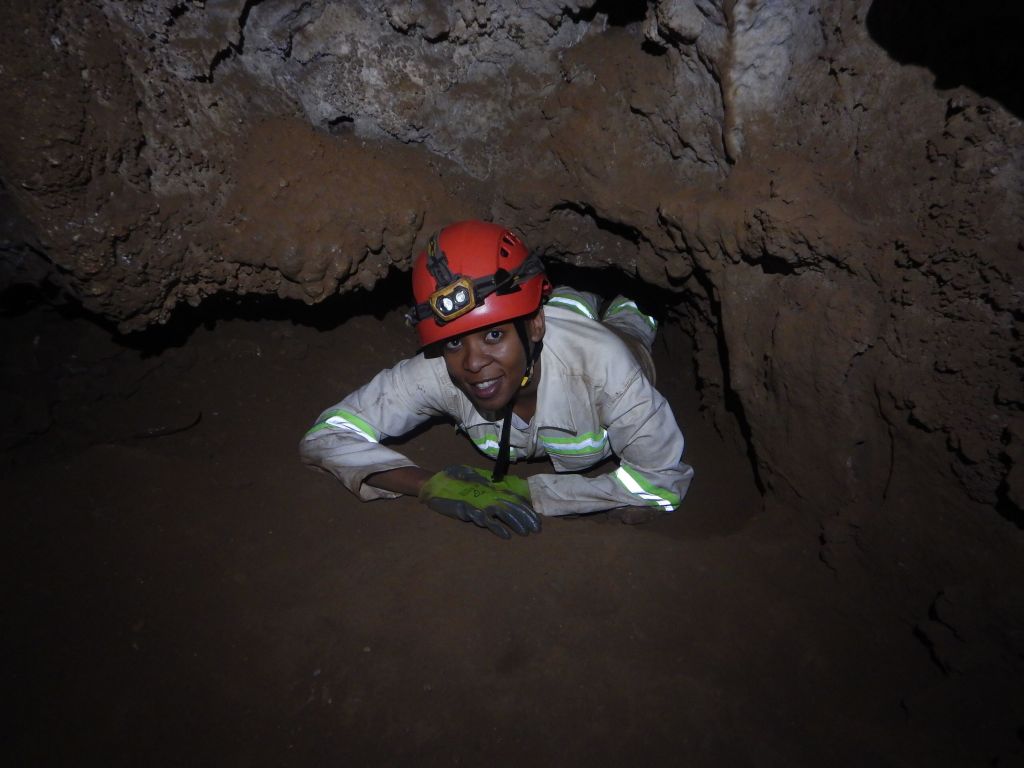 Keneiloe Molopyane was recently added to the roster of "underground astronauts" working in the Rising Star cave system in the Cradle of Humankind World Heritage Site. (Image: Keneiloe Molopyane)

In fact, the spark that would grow into a burning love for archaeology, anthropology and adventure was struck when a six-year-old Molopyane was watching cartoons on a Saturday morning and stumbled on an episode of The Adventures of Tintin.

The episode was called Cigars of the Pharaoh. Enthralled, she followed the fictitious Belgian journalist and his little dog, Snowy, on their cartoon adventure in Egypt. This, she decided, was an excellent thing to do every day. As she grew up, her dad encouraged her curiosity by taking her on adventure hikes. The rest, as they say, is history.

“That sense of adventure got me going,” she says. “As a little girl, I knew that was what I wanted and over the years have made that happen. I could not even pronounce, let alone spell, the word “archaeology” for the longest time, and would often go on adventure hikes with my dad growing up.

“Sitting there in the mountains or in some cave, I wondered what life might have been like without my dad and the trusty film camera (I still have it) by my side.” 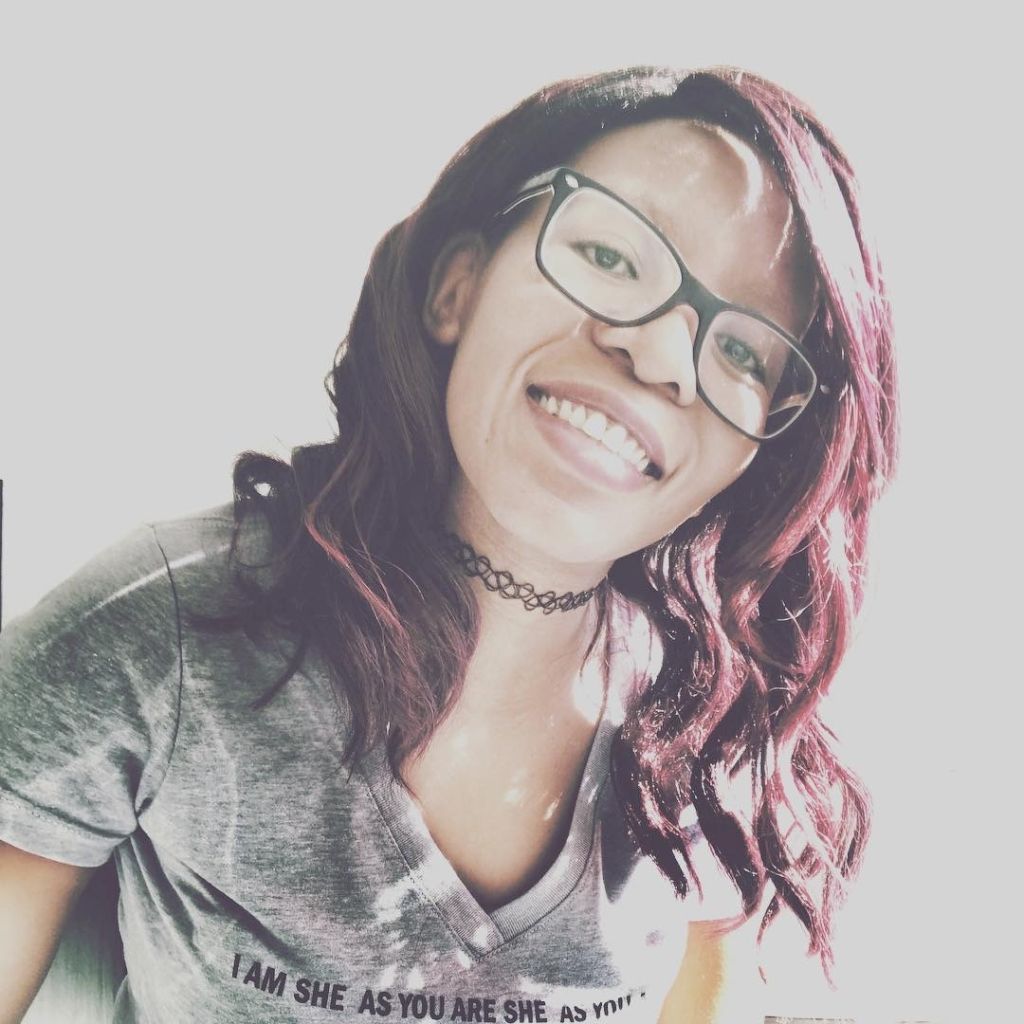 Molopyane is also an accomplished researcher, who was selected to join the team working in the Rising Star Cave system, the system in which Homo naledi was discovered. This discovery was announced to the world at Maropeng in 2015.

She is a budding bioarchaeologist, specifically interested in ancient hominids and modern human skeletal remains.

“My primary research has been all about bones – whether they are ancient [or not]. Rising Star adventures and medical cadavers are the building bricks of my PhD thesis. I have been fortunate enough to travel the country and the world, exploring the ocean depths and caves to stare at bone fragments of once-living individuals, decrypting the language of bones.”

She also confesses an enduring love for museums. As a self-described nerd, she sees museums as spaces that can function as “hangout” spots for the curious and the cerebral.

“Museums are the best spaces in the world,” she says. “They are spaces where you can be at one with yourself and learn at the same time.”

Molopyane believes South Africa needs to do much more to preserve and showcase the archaeological treasures we have.

“As a nation we have bigger problems to worry about, such as unemployment, an economy that is not among the financial powerhouses of the world, and a range of social injustices to correct. But let us not forget that [humanity] started here,” she points out. 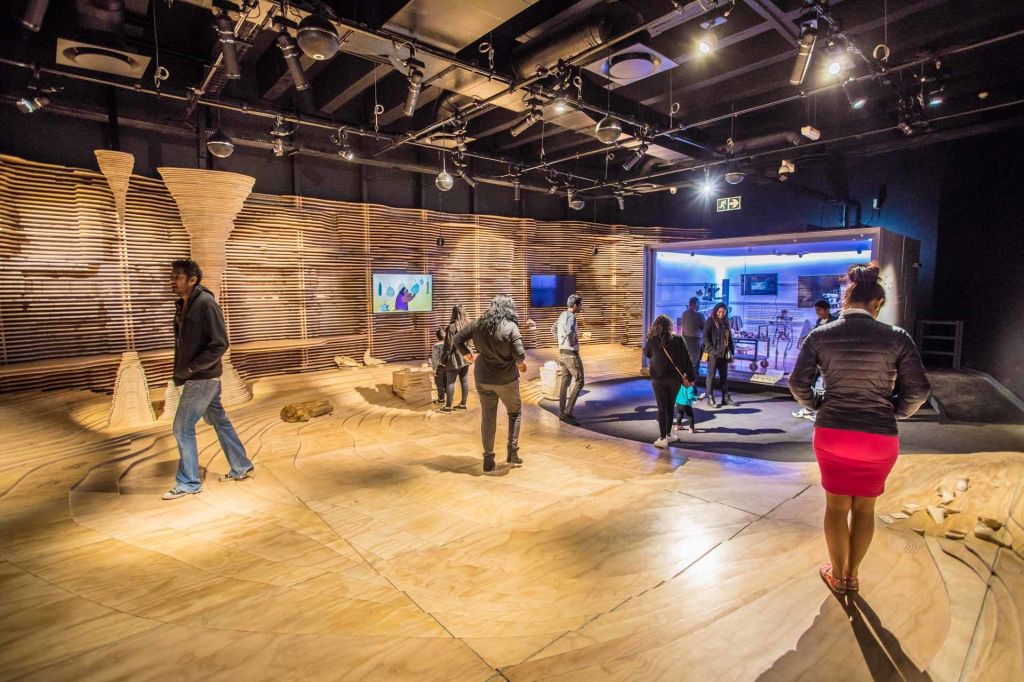 “What makes the Maropeng Visitor Centre unique has got to be its close proximity to active research sites,” says Molopyane. (Image: Maropeng)

She says despite the challenges, it’s critical that South Africans support and help grow museums, as they can be powerful spaces for the youth to tackle complex issues like identity, heritage and history.

“Basically, museums need to be like a teenager’s bedroom; a safe haven where you are honest and vulnerable with yourself, and emerge like a phoenix rising from the ashes!”

And that is her vision for Maropeng’s celebrated museum: to serve as a space to inspire and motivate young people to get involved in science, and pursue a career that (like hers) is both compelling and fulfilling.

“What makes the Maropeng Visitor Centre unique has got to be its close proximity to active research sites. History is being uncovered right there at your feet every day.”

Maropeng’s MD, Michael Worsnip, says he’s thrilled at Molopyane’s appointment and is excited about the energy she brings to the role.

“She comes to us having studied extensively at the University of the Witwatersrand. And more, she comes to us with first-hand experience of the cave systems of our Cradle of Humankind World Heritage Site.

“I have no doubt whatsoever that she will bring with her fresh vision, new insight and a whole lot of knowledge and experience to be shared.”