This week, a small targeted excavation is under way at Rising Star involving some of the original core team of excavators — Marina Elliott and Becca Peixotto, and cavers Pedro Boschoff, Rick Hunter and Steven Tucker, along with key personnel Ashley Kruger, Justin Mukanku, Wayne Crichton, Peter Schmid and Lee Berger. Cavers descended yesterday to rig safety ropes and equipment, and to make sure the wiring and camera systems are still operational. Instead of rebuilding the Command Centre tent from November, this time we’ve set up the phones, tables, computers, and more inside the cave entrance. This makes our working conditions a bit cooler in every sense of the word. Everything is in place, and today excavation work began. 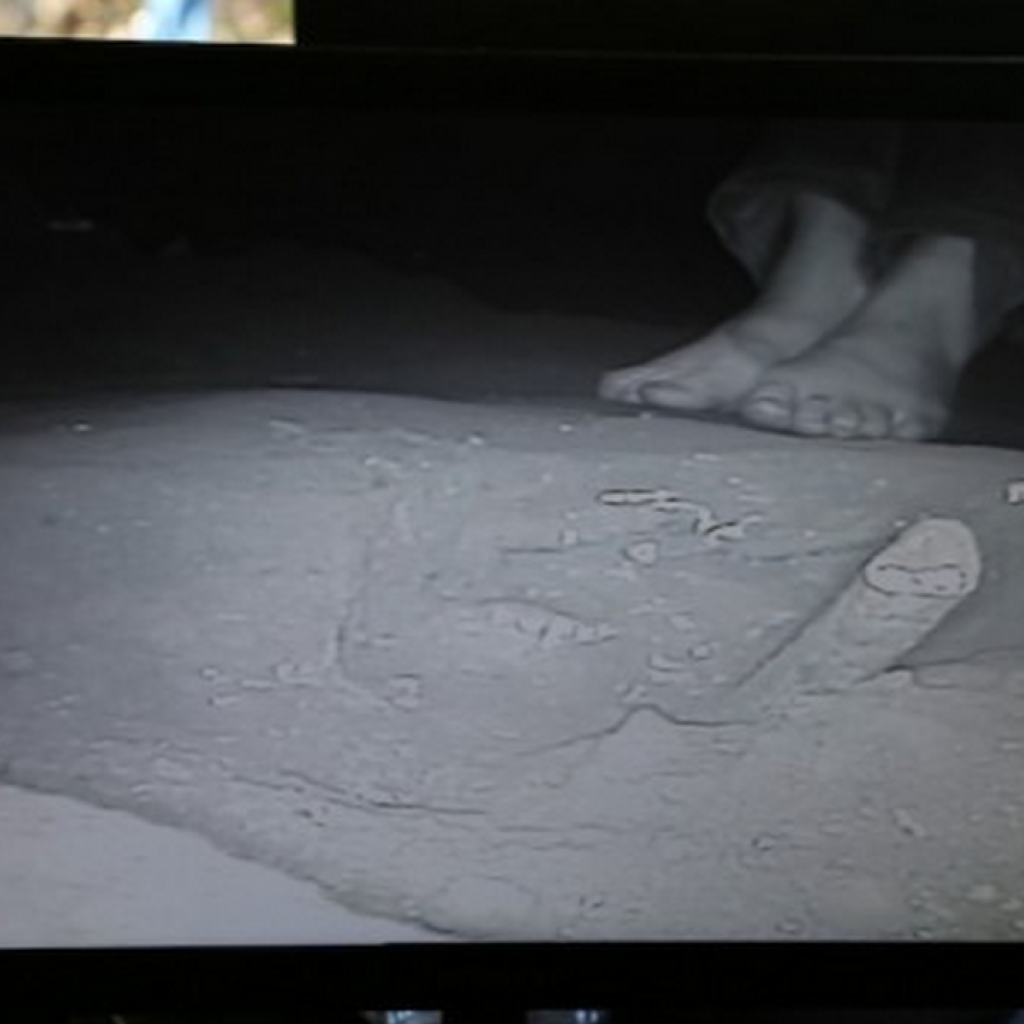 The maxilla and a long bone protrude from the ground, as they were left at the end of the November expedition

The initial goal of this work is to recover a hominin maxilla that is exposed in the original “puzzle box” excavation area. As the November expedition was drawing to a close, the excavation team uncovered this maxilla. When they were working that area, the excavators carefully cleared around each fragment of bone before removing it. That’s how they first uncovered the maxilla.

Although they could carefully work around it, they couldn’t bring it out of the sediment because of the overlying bones. It broke everyone’s hearts to leave that piece in situ, but at the time, we estimated it would be at least two additional full days of careful excavation work to bring it out. The team will soon see whether that was right, or whether it was an underestimate!

The University of the Witwatersrand has been busily planning for the May workshop, during which the team will work to describe the fossil collection to date. More than 25 early career scientists have now accepted positions in the workshop, representing 11 different countries. It is an exciting group and I will be very pleased to see them come together to work on the fossils.

The work underground this week is pursuing two major targets in preparation for the workshop. One is obviously that maxilla. Any paleoanthropologist knows the importance of the face to understanding the relationship of fossil hominins. We have most parts of the skeleton represented in the collection, including many maxillary fragments. But since we know that relatively complete maxilla is there in the deposit, the science team believes we need to include it in our analysis. That maxilla won’t come out by itself, though — it’s sitting under other bones that will have to be excavated first.

The other target this week is the 102 site. We recovered a substantial amount of skeletal material from 102 in February. But we don’t yet know enough about this assemblage to understand how it compares to site 101. Understanding that relation is very important for us as we try to work out the circumstances in which the hominin sample accumulated in the cave. Obviously, if these are two independent occurrences representing different kinds of hominins, we want to know that!

This week will tell us something else very important about the site. In November, we worked at high intensity for three weeks underground, with a team of six excavators and all the attendant support staff. This week is a much smaller-scale enterprise, with fewer people working longer shifts. The team will be evaluating the effects of this pattern of work, as well as the condition in the 101 chamber during this season of the year and the condition of the gear left underground. As the team plans for future excavation, those aspects of logistics and conditions underground will be central considerations.

So Becca and Marina and the rest of the team are working this week to help answer those questions. If their work in the 101 chamber goes according to plan, they will move to site 102 before the end of the week.