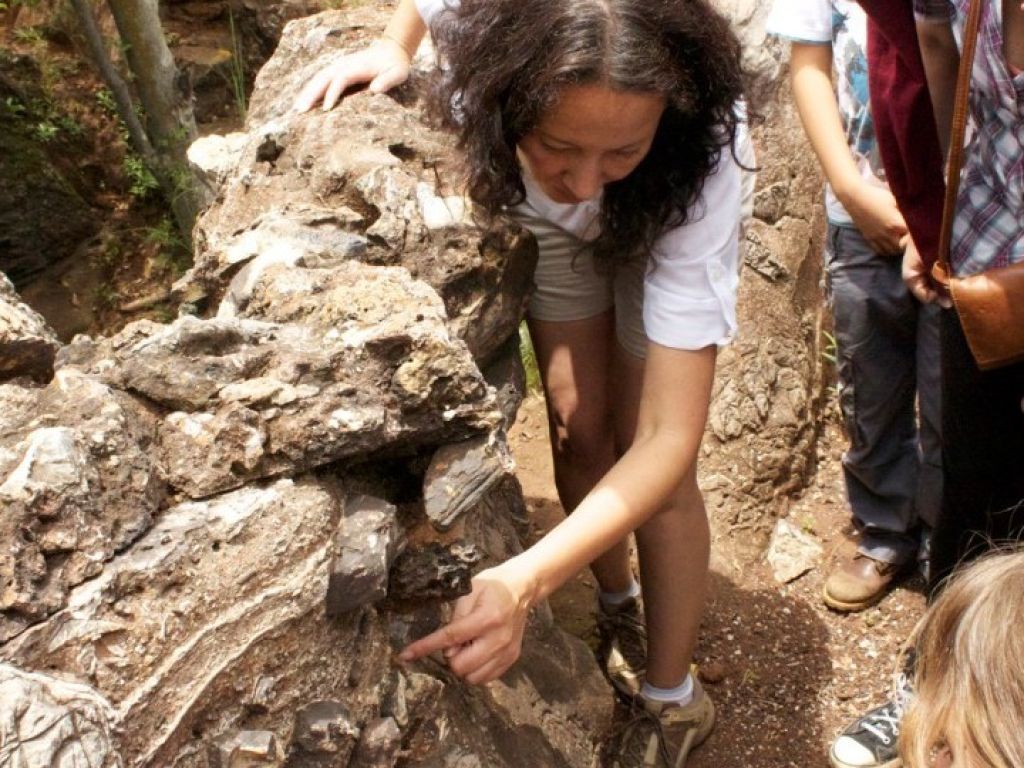 How would you like to explore a living museum, where you can see fossils in the rocks that describe the world as it was between 1.8 and 1.4-million years ago?

“Cooper’s Cave is unique among excavation sites at the Cradle of Humankind in this respect,” says Christine Steininger, a palaeoanthropologist associated with the Palaeosciences Centre at the University of the Witwatersand and the permit holder at Cooper’s Cave.

“You can walk through the site and see literally hundreds of fossils in the rocks around you. It’s an incredible experience.”

The site is also notable for the diverse record of fauna – or animals – contained in the fossil record. Steininger says around 1.8-million years ago, the climate changed, becoming cooler and drier.

“The resulting mosaic open woodland with abundant food resources and plenty of available water nearby made a perfect habitat for a range of different species,” she says.

The rich fossil bed at Cooper’s Cave is due to the high level of calcium carbonate in the rocks, which aids fossilisation by speeding up the preservation process.

Cooper’s fauna fossil record documents a fascinating period when now-extinct sabre-toothed cats such as the fearsome dinofelis (“terrible cat”) were competing with modern lions and leopards in what was quite an unstable environment, Steininger explains.
Throughout this period, the fossil record shows that Paranthropus robustus, a 1 m-tall early hominid, was also fighting for survival.

Find out more about the fascinating research happening at Cooper’s Cave during an outing organised by Maropeng and gain a personal perspective on the fossil record. The cave is an easy 1.2 km walk from Sterkfontein Caves.

Visitors will be guided by scientist Christine Steininger, and the day’s activities will include a walking tour that describes the environment past and present, an interactive fossil and site talk, exploring a cave, a chance to look for fossils in recently excavated deposits and learning how to make stone tools. The tour is followed by a picnic. It starts at 09h00 at Sterkfontein Caves and costs R350 per person. Don’t forget to bring a jersey, torch, hat, sunscreen and a camera. The event is suitable for children and comfortable walking shoes are required.