One of the most surprising parts of the Rising Star Cave discovery was where the bones were found. The Dinaledi Chamber is far from every known entrance to the cave. The chamber contains no other animal bones, indicating that other species did not use this deep chamber. So, how did 15 Homo naledi individuals—from babies to elderly—end up in this small underground room? Did they also use the narrow, dangerous entrance that the scientists use today? 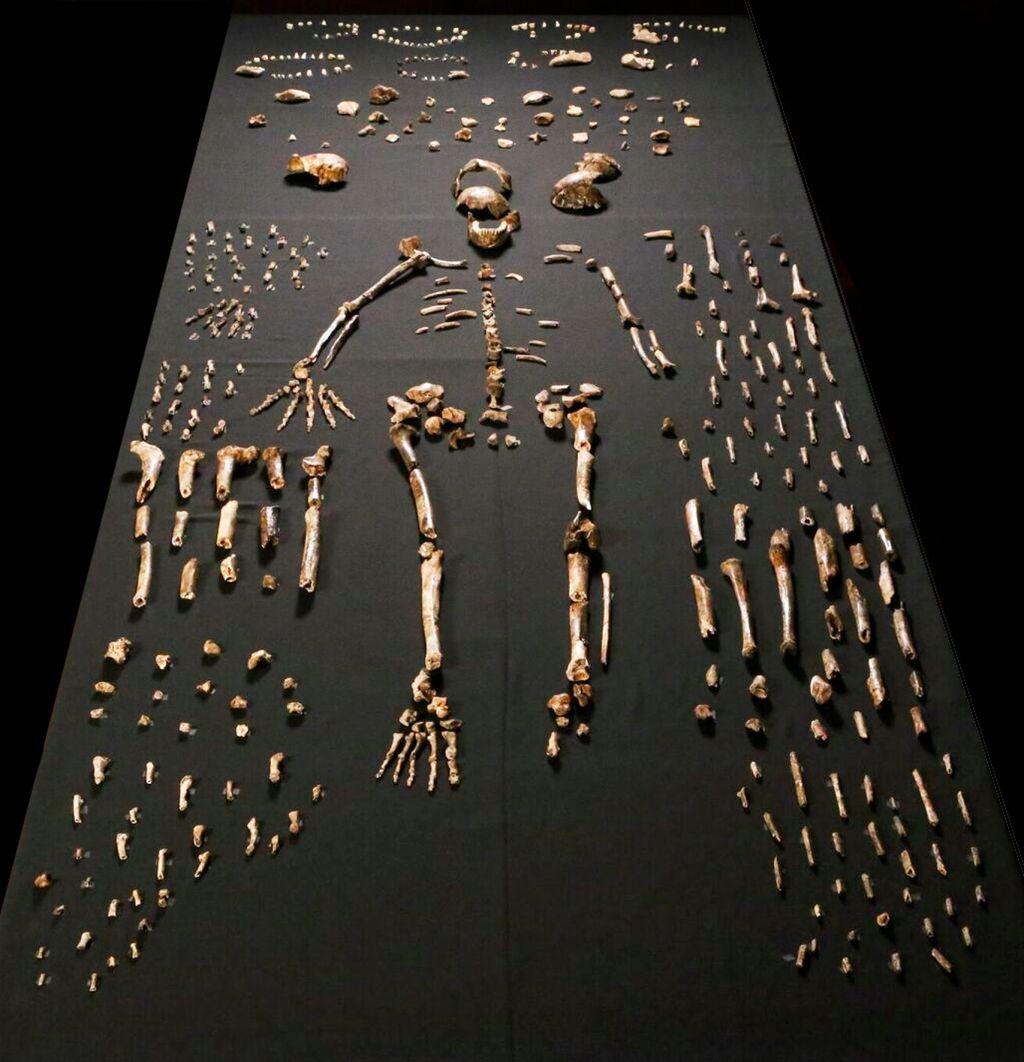 The bones have no bite marks or scratches, showing that no predator dragged them into the chamber for a meal. The tiny particles of clay and mud around the bones are also very different from those found in nearby chambers like the Dragon’s Back, meaning that water did not wash the bones in. The hard, chert roof of the chamber also has no openings that would let animals or hominins accidentally fall in from the ground above.

After carefully excluding these and other explanations, the scientific team favoured a surprising hypothesis: Homo naledi must have carried or pushed the bodies into the same narrow Chute that scientists use to enter the Dinaledi Chamber today.

But why were these small-brained hominins going to such trouble and risk to leave their dead so deep in this difficult cave? Unfortunately, the evidence may tell us how the bones got there but scientists may never know exactly why.