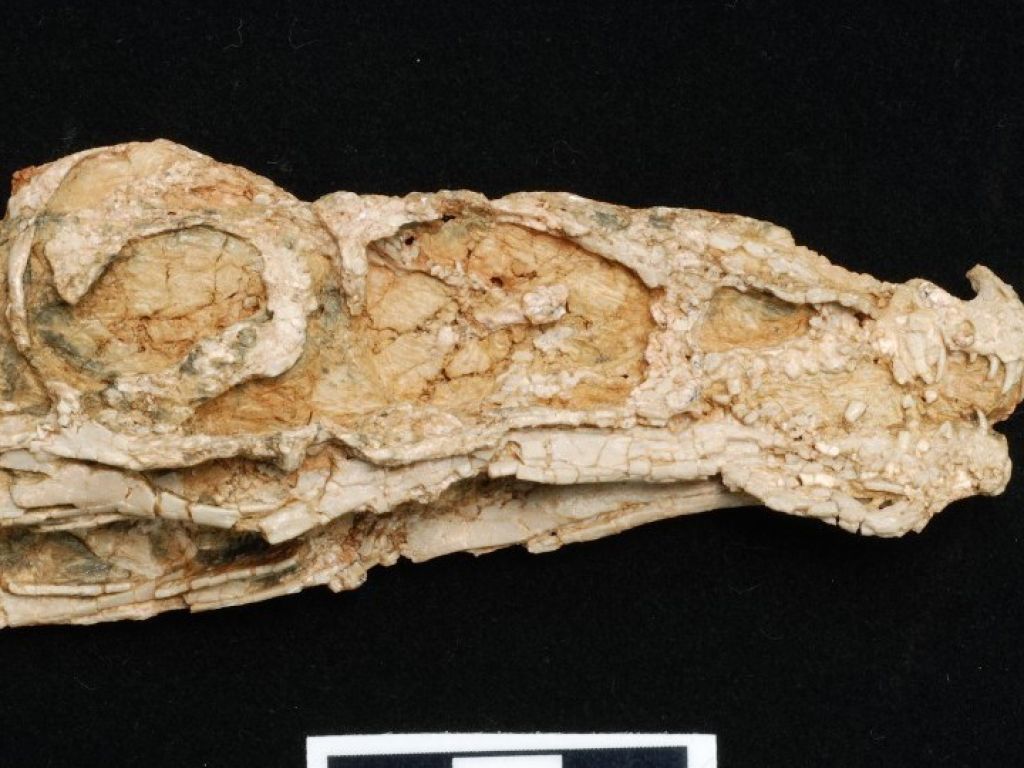 The skull of the Aorun zhaoi dinosaur fossil. Photo courtesy of Jonah Choiniere

A new species of dinosaur discovered in China in 2006 has been named by a senior researcher at the Wits Evolutionary Studies Institute in Johannesburg.

Dr Jonah Choiniere and a team of international researchers named the species Aorun zhaoi, after one of the characters in the Chinese epic Journey to the West. The study about the find appeared in this month’s Journal of Systematic Palaeontology.

“The tale describes a journey by a monk along the Silk Road,” explains Choiniere. “He encounters the Dragon King of the West, named Aorun. The species name, ‘zhaoi’, refers to Zhao Xi-jin, a noted Chinese palaeontologist.”

The team had been excavating in the Gobi desert for two years before the fossil was discovered. Professor James Clark of the George Washington University in Washington DC, discovered an exposed leg bone, and after further digging, a skull was also found.

“We were able to look at microscopic details of Aorun’s bones and they showed that the animal was less than a year old when it died on the banks of a stream,” explains Choiniere. The newly discovered dinosaur is estimated to have been a metre long and weighed roughly 1.5 kilograms.

“The new discovery is another great example of the rich dinosaur diversity of the Late Jurassic Period in north-western China,” says Xu Xing, the leader of the Chinese side of the research team.

The fossil will be kept at the Institute of Vertebrate Palaeontology and Palaeoanthropology in Beijing. Researchers will continue to work on the fossil site in the hopes of uncovering an adult specimen, and learning more about Aorun’s feeding habits. The numerous small teeth of the skull suggest that the species was a theropod, or meat-eating dinosaur.