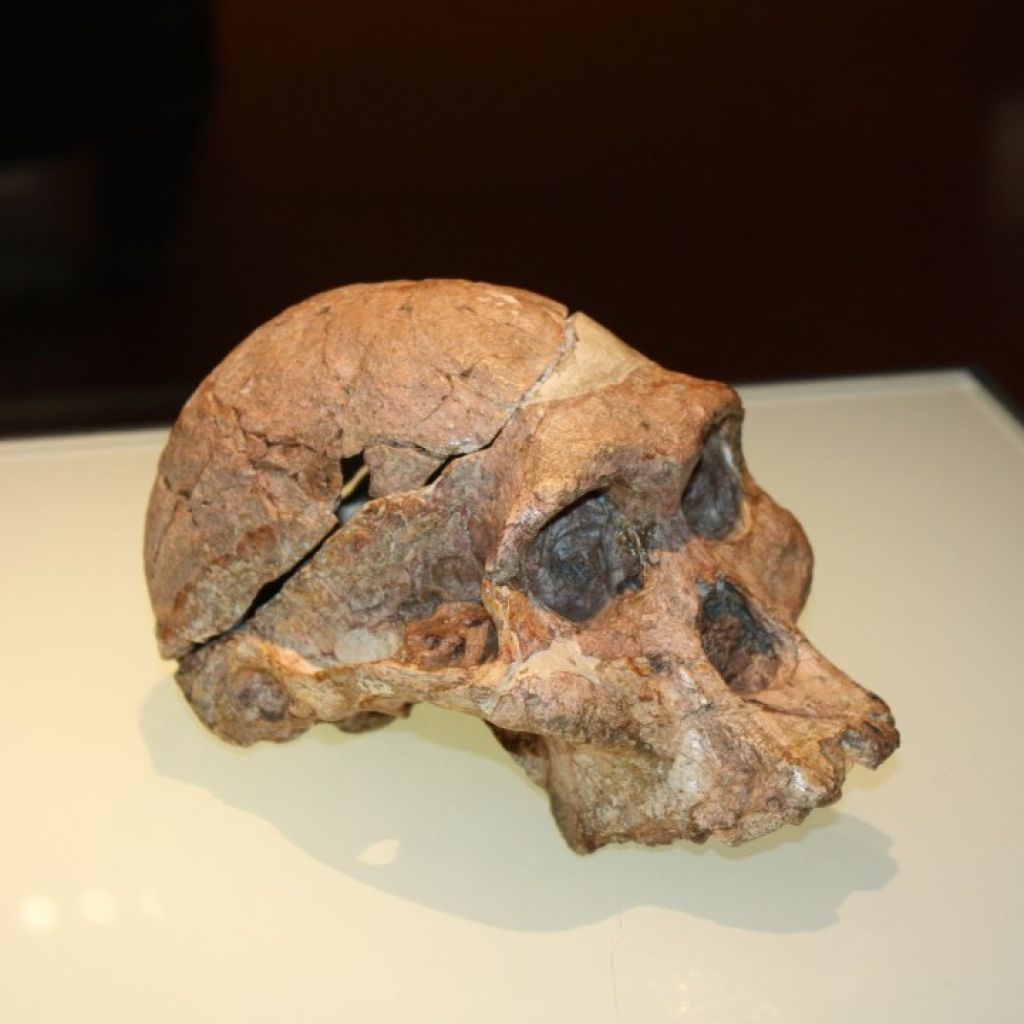 Part of Maropeng’s latest exhibition – entitled Mrs Ples and Friends – the world-famous cranium fossil will be on display until 19 January 2014 alongside a selection of hominin fossils discovered in the caves of the Cradle of Humankind World Heritage Site.

Click here to view a gallery of images from the exhibition.

The discovery of Mrs Ples (or Sts 5, as it is known scientifically) by Dr Robert Broom in 1947 made global headlines and highlighted Southern Africa’s rich palaeoanthropological history. At the time of its discovery, the 2.15-million-year-old fossil became better known by its nickname, and represented the most complete fossil cranium ever found.

“This is the first time that Mrs Ples will be returning to Maropeng since the Centre’s opening eight years ago,” says Tony Rubin, Maropeng’s managing director.

“And this time a selection of other very important hominin fossils will also form part of the exhibition.”

“This is an interesting specimen as it indicates that our hominin ancestors were the hunted rather than the hunter,” adds Rubin.

The material at the exhibition is kindly on loan from the Ditsong Museum of Natural History and the Evolutionary Sciences Institute at the University of the Witwatersrand, and will be on display until 19 January 2014.