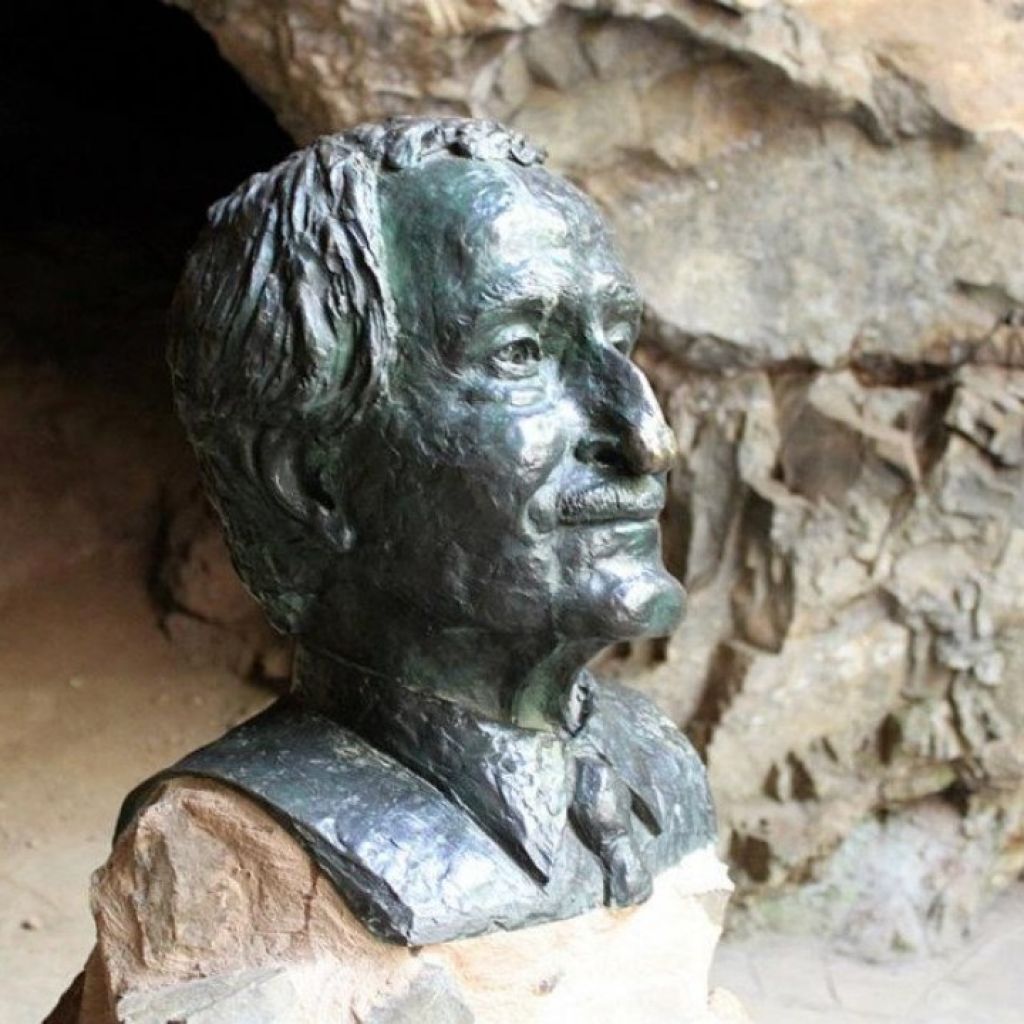 A bust of Professor Phillip Tobias at Sterkfontein Caves. Photo by: Tara Turkington

Professor Phillip Tobias, who passed away earlier on June 7 2012, was one of the most celebrated academics in South Africa, and indeed his reputation was well held in the international community. Tobias was known to be extremely well read, cultured and empathic, but he was a prolific writer and researcher, publishing 600 articles in his career.

“Professor Tobias made outstanding contributions to palaeoanthropology,” says Professor Francis Thackeray, head of Wits’ Institute for Human Evolution, and long-time colleague of Tobias. Thackeray, who will be paying tribute to Tobias at a conference in Canada later this month, spoke about some of the many areas of research his friend and colleague had contributed to.

The biggest scandal to hit palaeoanthropology was that of Piltdown Man in 1912, a fraudulent fossil find (a skull and jawbone glued together) that baffled scientists for more than four decades, and was touted as the “missing link” between man and ape. 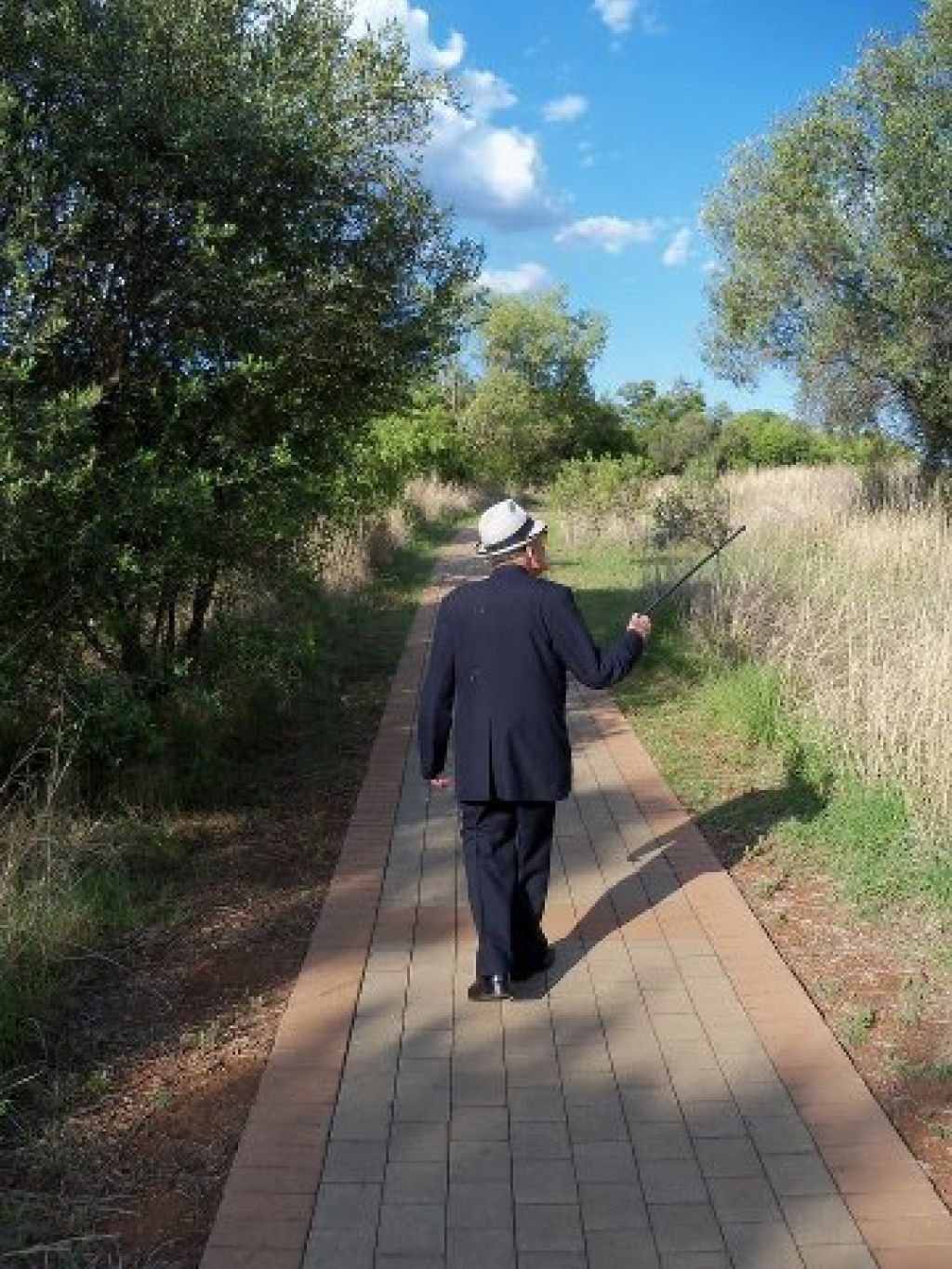 Professor Phillip Tobias walking up the pathways at Sterkfontein Caves in 2011. Photo by: Lindsay Marshall

It was only in 1953 that a paper was published exposing the find as a hoax. Tobias was one of the scientists involved in the research, and went on to publish a paper much later entitled Piltdown Unmasked. “He wrote at length about the Piltdown hoax,” recalls Thackeray. “He presented the view that the hoax was perpetrated by [anthropologist] Sir Arthur Keith.”

Unfortunately the scientific community was not convinced. “It was a rare occasion when most palaeoanthropologists disagreed [with Tobias],” says Thackeray. “They said that his explanation was not likely.” There is still no consensus as to who was responsible for the hoax but, according to Thackeray, “Tobias made significant contributions to the literature concerning the Piltdown Hoax.”

Coincidentally, this year marks the centenary of the announcement of the controversial find. Tobias had a great interest in attending the conference that will mark the occasion, as he was still intrigued by the mystery that surrounds it, says Thackeray.

Mary and Louis Leakey discovered bone fragments in Tanzania in 1960 that would lead to the naming of a new species. The specimen, labelled OH 7, was noted for its small teeth and relatively large brain capacity. Tobias, along with Louis Leakey and John Napier, named the species Homo habilis – the “handy man” – and it is the oldest known species of Homo to date.

Thackeray says that the research was not without criticism. “Palaeoanthropologist John Robinson, in particular, thought that Homo habilis shared much in common with the Australopithecus africanus species found in Southern Africa.” This led to a “heated discussion” between Robinson and Tobias in the scientific journal Nature.

One of Tobias’s research topics was the evolution of the brain, and he noted that Homo habilis had a brain much larger than its Australopithecus ancestors. Tobias was certain that this demonstrated the earliest evidence for language development (although he had his detractors), and said that the “new evolutionary level of organisation” of the Homo habilis brain meant the species was not merely an animal, but could be called the earliest human.

“The difficulty was working with a sample size of maybe four or five individuals,” says Thackeray. “But over time, more and more scientists began to agree with Tobias.” There is, of course, still disagreement about Homo habilis, as there is about another species named by Tobias, Australopithecus boisei. But disagreement is par for the course.

“Consensus is an elusive concept in palaeoanthropology!” says Thackeray with a laugh. 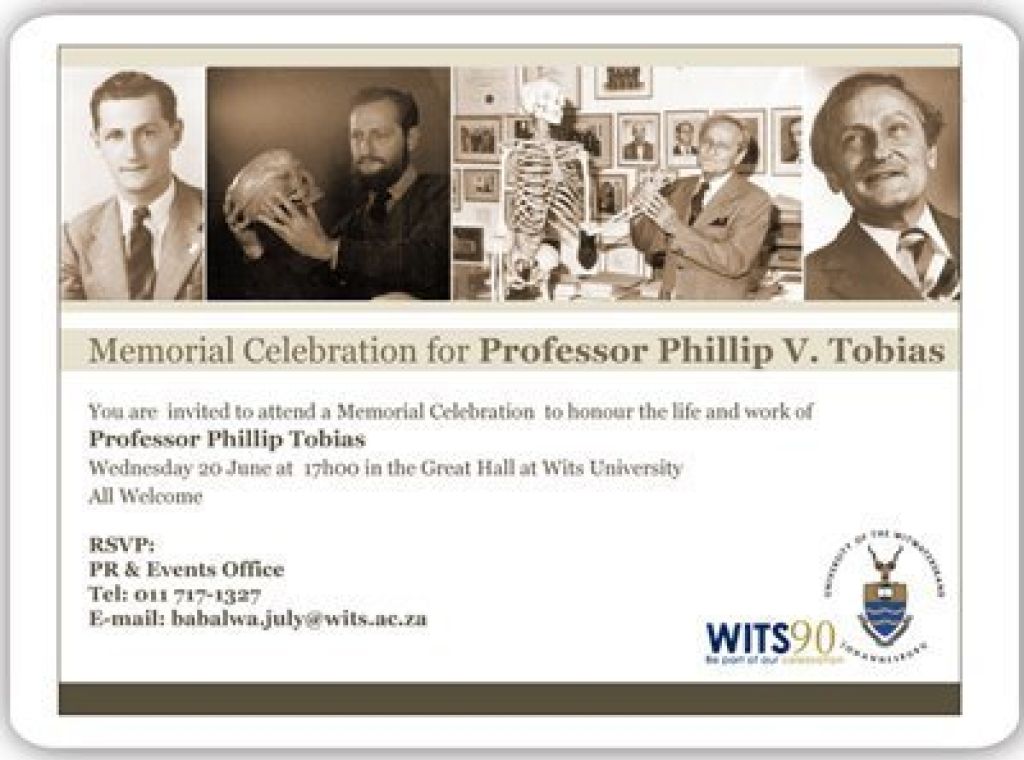 A memorial service for Professor Phillip Tobias will be held at the Great Hall at Wits University on 20 June at 5pm. Everyone is welcome. Please call 011 717 1327 if you would like to attend.

In 1972, at the height of the apartheid regime, Tobias published The meaning of race, an article that directly contradicted the philosophy and world view of the ruling National Party. In a country divided on racial grounds, Tobias had felt for many years that it was the duty of a scientist such as himself to debunk the theories that racial differences implied genetic inequality, and to undermine the rationale behind racial segregation. For years prior to the publication of the article, he had given lectures and attended rallies conveying this message.

“He spoke about variation that occurs within many species, not just our own,” says Thackeray. “Tobias was a person who was able to integrate ideas about variation in the context of fossils.” This relates to Tobias’s work in the field of genetics, a topic Thackeray says was essential to Tobias’s PhD paper on sex and chromosomes in gerbils. His research and writing on race was, according to Thackeray, “generally welcomed and accepted” by the scientific community at the time.

Tobias spent a great deal of time studying the indigenous tribes of Southern Africa, such as the San people, who would later be shown as more closely related to the earliest human ancestors than any other group of modern humans. He was fascinated by the story of humankind, and believed that, by looking at the past, we can assess where we are and where we are going.