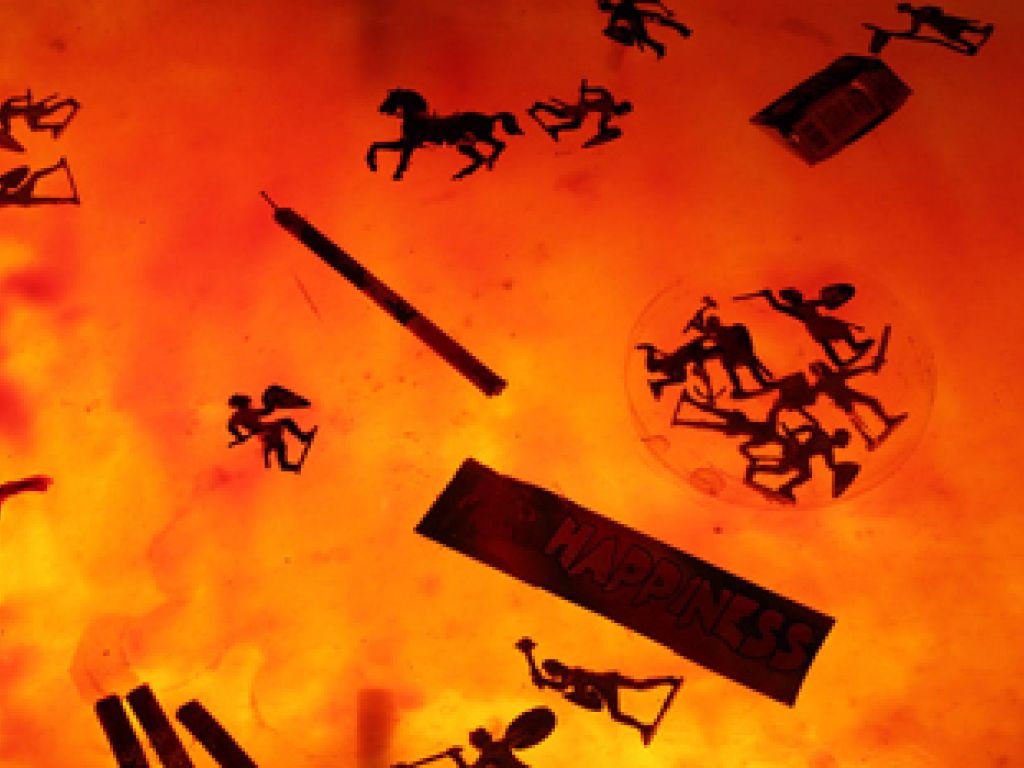 Our ability to control and make fire has had a profound effect on the development of our species. Close-up of fire display, Maropeng Visitor Centre.
Photo: Flow Communications

South Africans love a good braai and we humans and our hominid ancestors have been enjoying braaied meat under Gauteng skies for a long time. Perhaps even 1-million years, according to the archaeological record in the Cradle of Humankind.

An excavation site at Swartkrans, a prominent fossil site within the Cradle of Humankind, shows that early hominids were controlling fire 1-million years ago. The ability to control fire, or “pyrotechnology”, is unique to hominids (humans and their direct ancestors) and represents a major behavioural shift for early hominids.

Palaeoanthropologists believe Homo ergaster was responsible for controlling the fire. Homo ergaster, sometimes known as early Homo erectus from Africa, lived between about 2-million and 1.4-million years ago.

The first discovery of Homo ergaster was made by Transvaal Museum palaeontologists Dr Robert Broom and John Robinson at Swartkrans in the Cradle of Humankind in 1949, when they found a lower jaw (mandible) SK 15 and a cranium SK 847, which was only recognised as Homo 20 years later by palaeoanthropologist Professor Ron Clarke.

Palaeoanthropologists believe Homo ergaster was the first human ancestor to have made Acheulean stone tools, such as hand-axes and cleavers, which were an improvement on the earlier Oldowan technology.

Tools, combined with the ability to control fire, allowed Homo ergaster to leave Africa for colder, northern climates. The use of fire allowed for cooking, which expanded the range and quality of foods available to Homo ergaster. It also provided warmth, and a means to ward off predators.

The species is widely believed to be an ancestor of our species, Homo sapiens.

Analysis of charred animal bones found at Swartkrans reveals they were chemically changed by a fire above 200˚ Celsius, hotter than a natural bush fire. This demonstrates that the fire’s temperature was actively manipulated – but not that hominids had necessarily started the fire themselves. Lightning and bush fires, then as now, were common.

Further, it is not certain the hominids were cooking the meat. University of Witwatersrand researcher Morris Sutton points out that Dr Bob Brain has said it was possible the bones had been dropped or inadvertently kicked into the fire. Brain is a pioneering University of the Witwatersrand scientist whose 50-year career included work on the charred bones. Sutton picked up the archaeological trail in 2005. 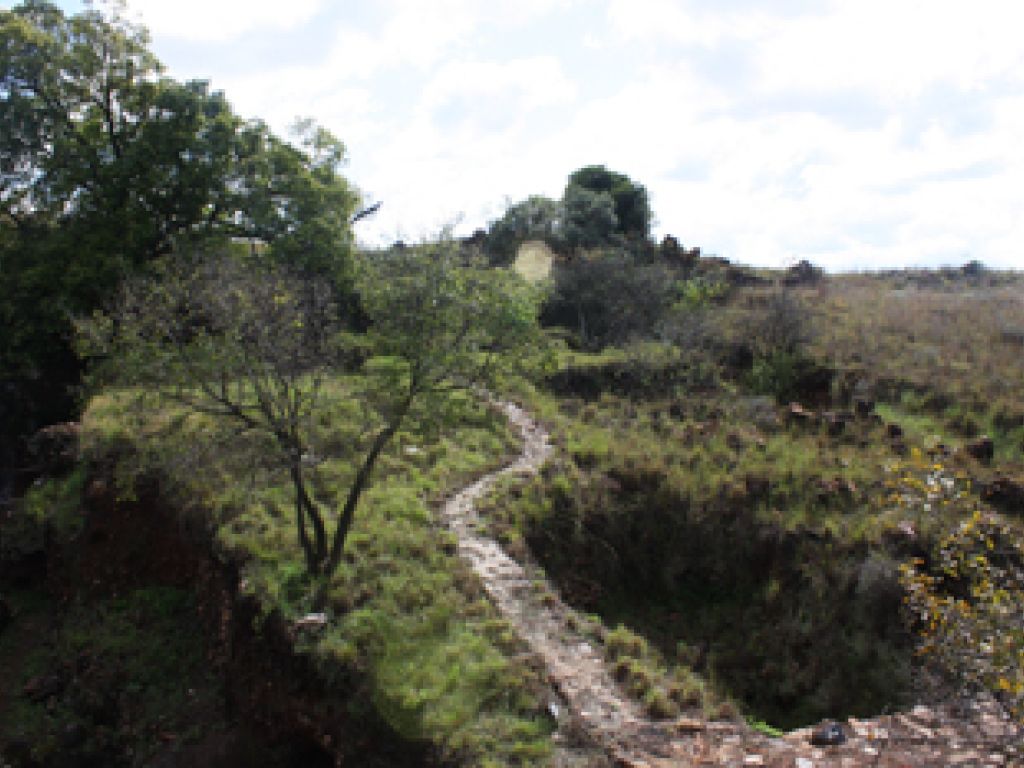 Sutton says Swartkrans researchers are hoping to find clearer evidence, for example bones that had been butchered in addition to being burned.

However, it is obvious that when early hominids did in fact cook meat, the flesh may have been placed accidently in the fire we know existed. The charred bones come from hooved bovids – small to medium antelope or buck.

Maropeng organises walking tours for small groups to Swartkrans archaeological site, which is one of the Cradle’s richest fossil sites and is usually closed to the public.

Sutton, who is excavating there, shows participants around, together with one of Maropeng’s award-winning guides. The tour gives people the rare opportunity to observe an active excavation site – and to enjoy a picnic and after the event.

“Swartkrans is unique as an early hominid site because of the wealth of archaeological material it contains, reflecting the behaviour of some of our earliest ancestors,” explains Sutton. “The tour gives people the opportunity to view where these treasures are being recovered—just outside of Johannesburg.”

The archaeological evidence of controlled fire at Swartkrans has excited and baffled the broader scientific community. The grand picture of human evolution is continually shifting as new and disparate evidence is discovered and gradually incorporated into prevailing theories. And the Swartkrans find, together with similar evidence from Tanzania, does turn the record on its head.

Previously, the earliest instances of controlled use of fire were believed to have occurred during the Middle Paleolithic, between about 700 000 and 200 000 years ago. However, if the global archaeological community accepts the dating of the deposits containing the burned bone in line with the geological record, then that makes the fire use at Swartkrans some of the earliest evidence of controlled use fire by early humans. Two similar sites in East Africa are older, around 1.4-million and 1.6-million years, says Sutton, and there are debates about all three.

Additional evidence from Swartkrans helps to round out the picture. The site has deposits which date back to between about 1.7-million and 1.6-million years, but the deposit containing the burned bone is between 1-million and 900 000 years old. This deposit has also yielded stone and bone tools recorded in the calcified sediments. So the charred bones and the tools are found together – and this has lead to great speculation about our ancestors’ ability to braai.

Fossils of Paranthropus robustus are also present at Swartkrans. This larger species, which lived between 2.5-million and 1-million years ago, died out and was probably not directly ancestral to modern humans. However, most researchers believe the tools and burned bones are the result of activity from Homo ergaster.

“We do not have Homo fossils from the burned bone area, but we think that’s because they were burning them,” says Sutton. “Paranthropus robustus was still being preyed upon and entered the cave deposits via other carnivores. Early Homo had become a predator and was no longer prey, thus Homo fossils are not found in the younger deposits at Swarktrans.”

This is another idea first hypothesied by Brain: Many early hominid bones were food remains left by large cats. The early hominids were not the hunters, but the hunted!

The Swartkrans walking tour and picnic costs R350 and is for adults only. It starts at 8.30am for 9am and finishes up after lunch. Tours for 2011 have been scheduled on February 19, March 19 and April 16, all Saturdays.