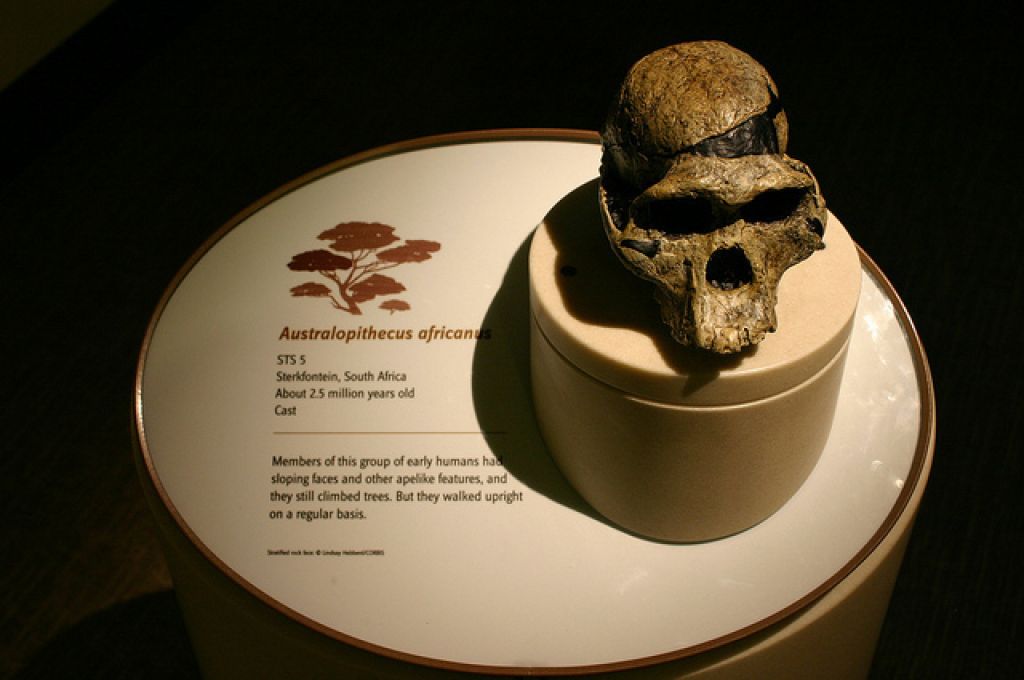 A scientific breakthrough has given experts a glimpse into the social behaviour of our ancient ancestors, revealing that just like their chimpanzee relatives (the closest living species to humans), females in a group were the ones who dispersed after adolescence, while males never strayed far from home.

Researchers made this discovery after examining the fossilised teeth of extinct hominids from Cradle of Humankind fossil sites Swartkrans and the Sterkfontein Caves, dating back approximately 2-million years.

Interestingly, however, this find was not the intended aim of the research. Led by Sandi Copeland of the Max Planck Institute for Evolutionary Anthropology in Germany, scientists were initially trying to determine whether these hominid groups travelled far from home in order to find food. They were disappointed with their findings, but soon stumbled on to another important discovery…

The plains of the Cradle of Humankind, where Australopithecus africanus roamed. Image courtesy Martin_Heigan.

As an article in The New York Timesonline explains, the chemical composition of teeth can reveal information about the subject’s local geography, “because some chemicals like strontium are drawn from rocks into plants, and then into tooth enamel when the plants are eaten.

“In australopithecines, the absorption of strontium continued until the teeth were completed around age eight.”

Of the hominid fossils examined, the team found that half the females had been born far away from where their remains were discovered, while all the males had grown up locally (within 30 square kilometres). In most mammals, males are the ones who usually disperse from the group to avoid inbreeding, leaving the females behind.

The opposite occurs with species like chimpanzees and certain human hunter-gatherer populations. The males are seen to form strong bonds with one another, and are thus able to collaborate more effectively in defending their territory from intruders.

Professor Francis Thackeray, director of the Institute for Human Evolution at University of the Witwatersrand (Wits) and an expert on the fossils of the Cradle of Humankind, stated in an interview, “This discovery, based on chemical analysis of fossilised teeth, is remarkable in that it sheds light on the behaviour of our distant human relatives.”

Professor Darryl de Ruiter, associated professor in the Department of Anthropology at the Texas A&M University and Honorary Reader at the Institute for Human Evolution at Wits in Johannesburg, co-authored this scientific study.