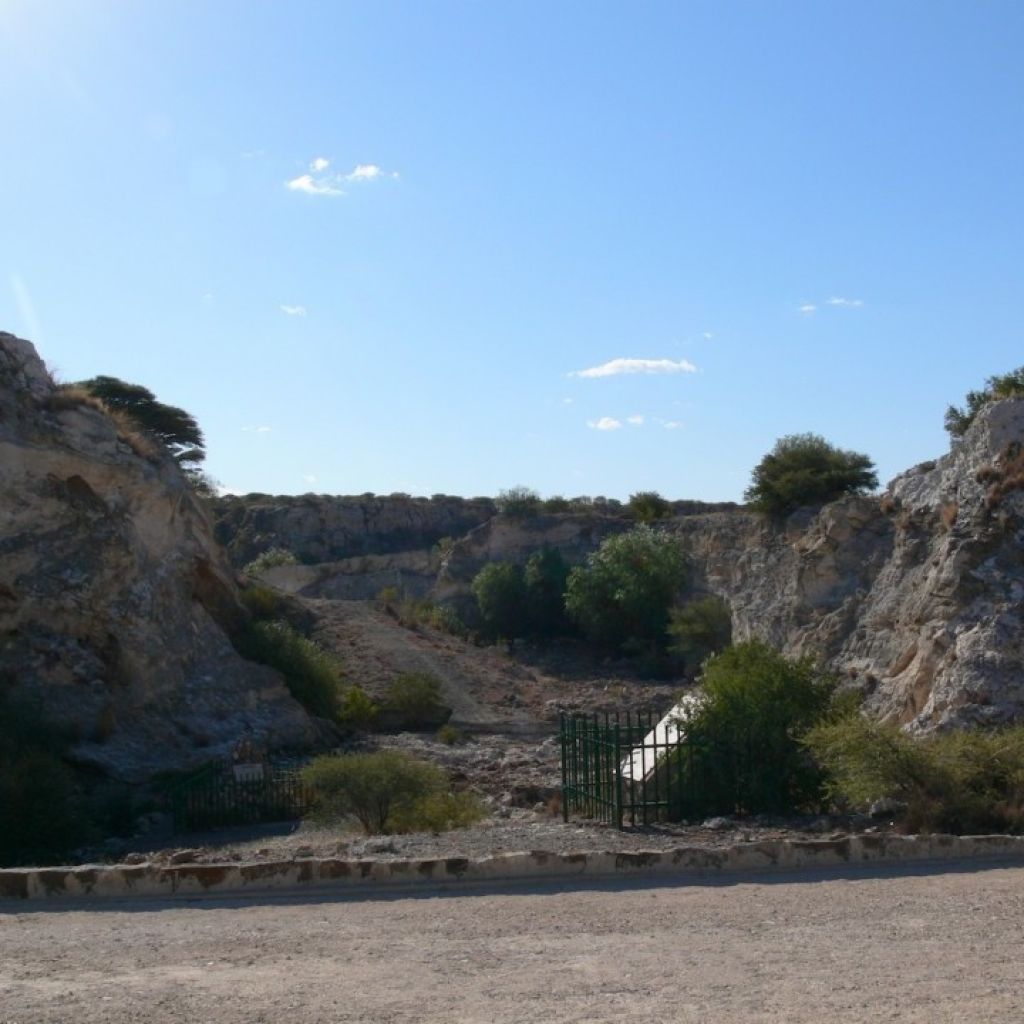 The Dart and Hrdlička pinnacles and the monument marking the possible location of the Taung Skull. Image courtesy of SA Palaeocaves

Home to the Taung Child fossil, this site was included in the Cradle of Humankind World Heritage Site listing despite being 300km from the Sterkfontein Caves (it is located in North West province).

The site gained global recognition after the skull of a juvenile hominid was discovered there – completely by chance – in December 1924.

Earlier that month, a quarry worker in the lime mine at Taung delivered a box of rocks to Professor Raymond Dart at Johannesburg’s University of the Witwatersrand. In it, Dart found a

preserved skull, mandible and endocast of a young hominid, which he nicknamed Taung Child.

The world-famous fossil has been dated to 2-million-years old and is described as the type specimen of Australopithecus africanus. 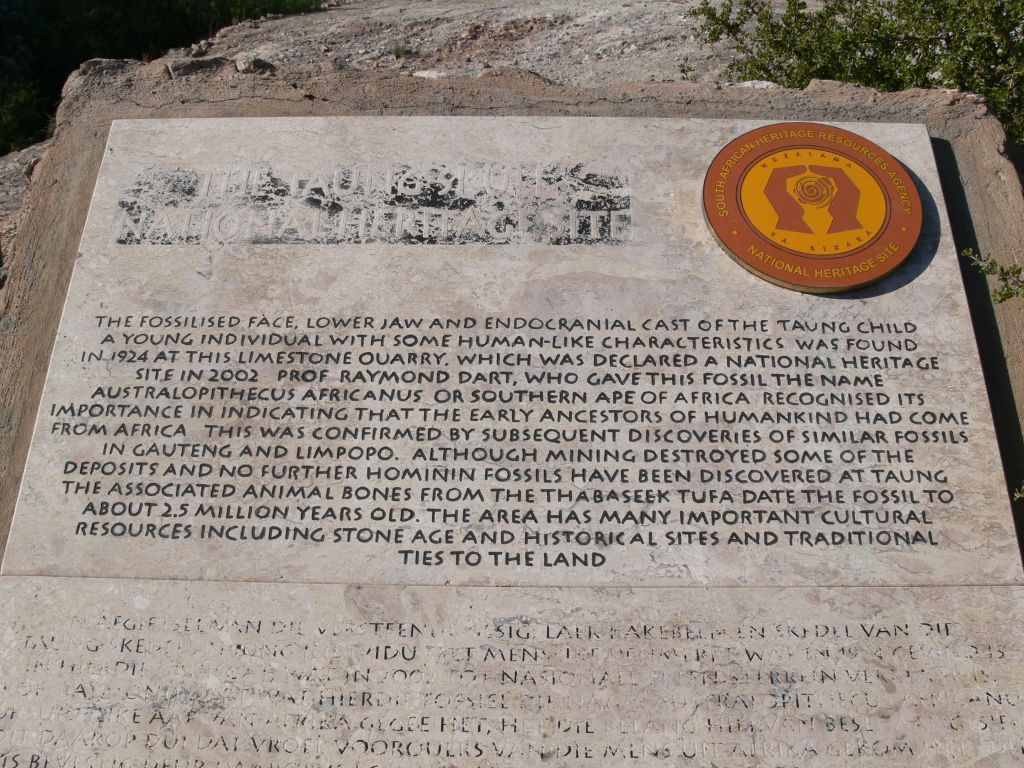 The Taung site is both a National Heritage Site and a World Heritage Site. This plaque provides information about the site and the Taung Skull fossil. Image courtesy of SA Palaeocaves