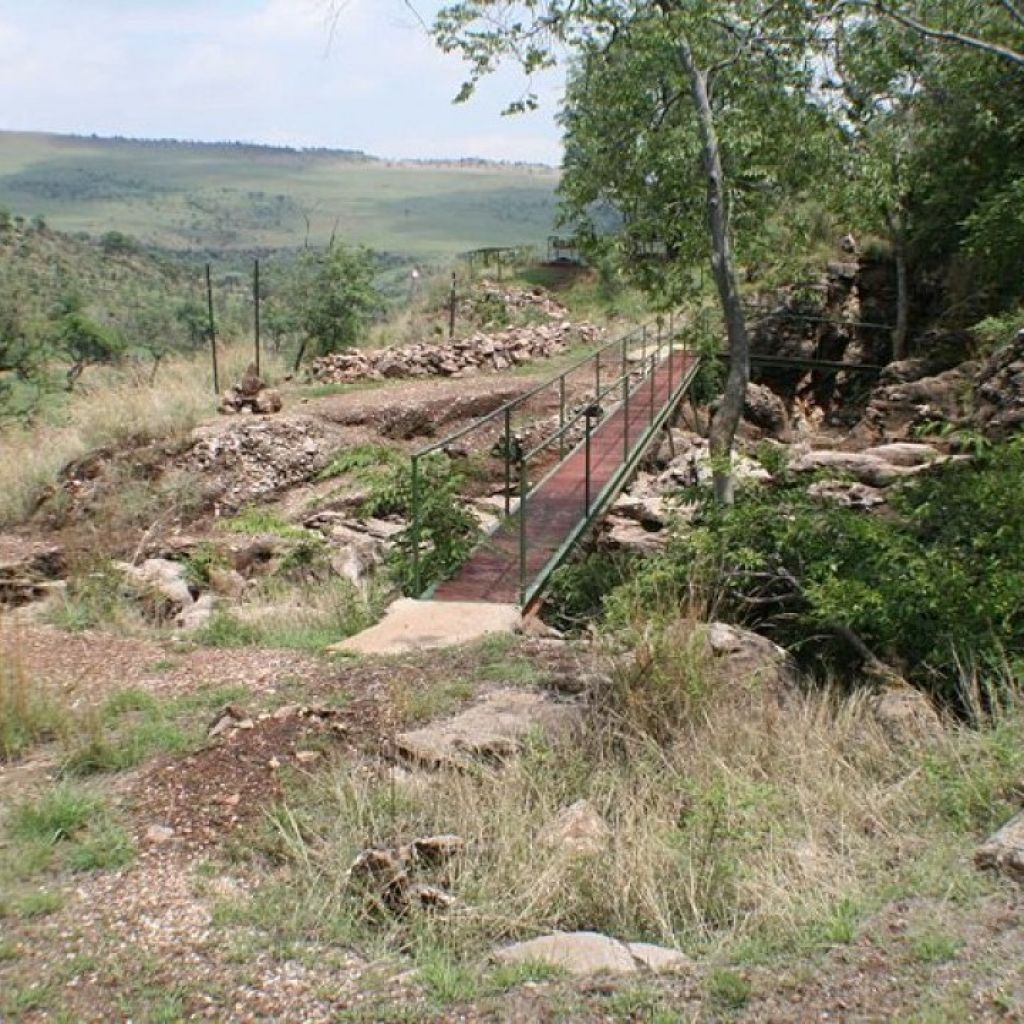 Gladysvale Cave is named after Gladys Norton, the daughter of George Norton, the then mayor of Krugersdorp who held mining rights to Gladysvale in the early 1920s.

Although Dr Robert Broom would spend most of his time excavating at Sterkfontein (especially after the discovery of Mrs Ples) and Kromdraai, Gladysvale Cave was the first site he visited in his 1930s hunt for hominid fossils.

A butterfly collector from the then-Transvaal Museum (where Broom worked as curator) reported seeing a human mandible in the cave at Gladysvale. When Broom arrived to investigate the claim, the mandible was gone.

In 1991 the fossil site was reopened for excavation by Professor Lee Berger and Andre Keyser and within weeks the first hominid remains had been found – two teeth belonging to Australopithecus africanus.

Since then, about 38 000 animal fossils have been discovered at the site, including the skull of a giant hyena and a newly described species of hunting dog dated to around 900 000 years ago.