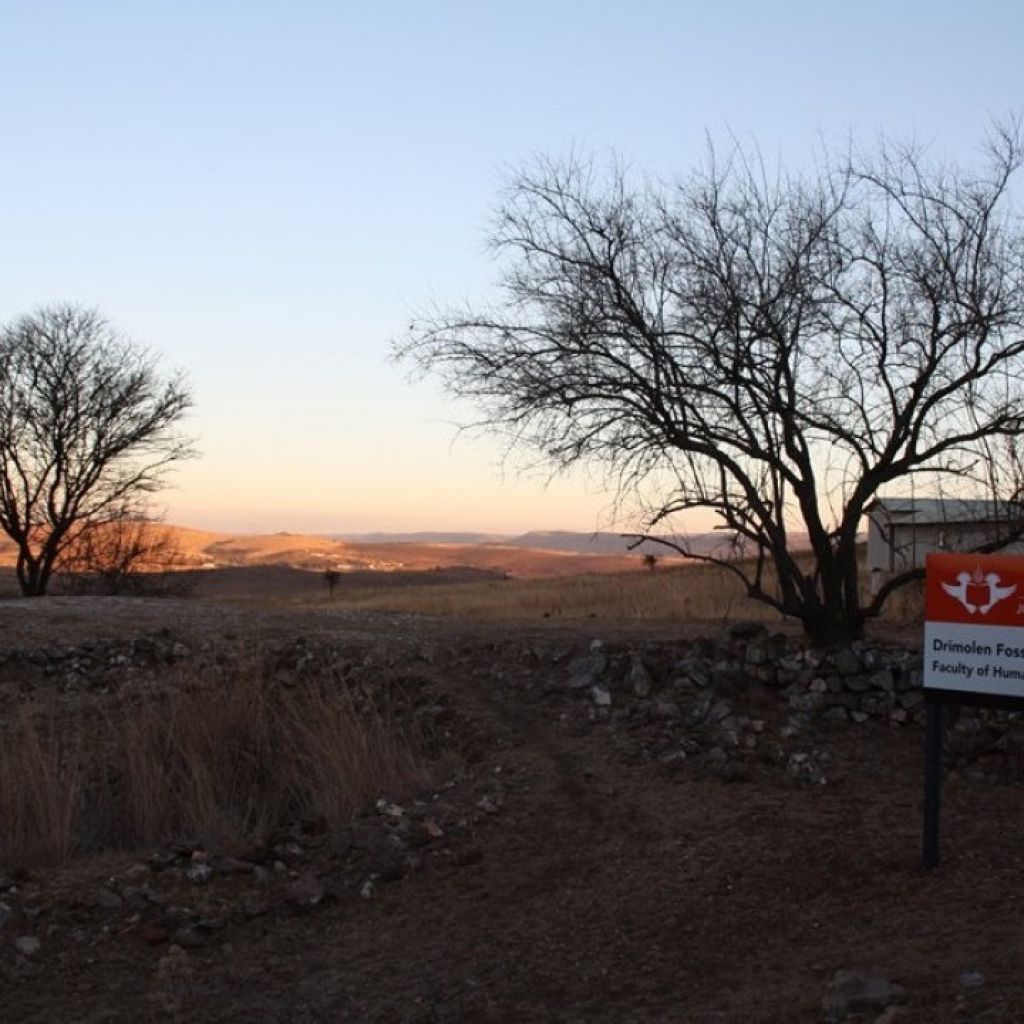 In 1994 Dr Andre Keyser, renowned geologist and archaeologist, made a remarkable discovery at Drimolen – that of a skull belonging to a female Paranthropus robustus.

Nicknamed Eurydice (although we don’t know why), the skull remains the most complete australopithecine skull ever excavated.

Since then the Drimolen excavation site, which dates back between 2-million and 1.5-million years based on the fossil discoveries there, has yielded 92 hominid specimens of Paranthropus robustus and early Homo.

Drimolen is also unique in that it is the second site within the Cradle of Humankind (after Swartkrans) to provide evidence of the co-occurrence of Paranthropus robustus and early Homo.

In addition, excavations at the site have revealed an array of animal remains, including hyena, ancient baboons and a variety of extinct antelope. 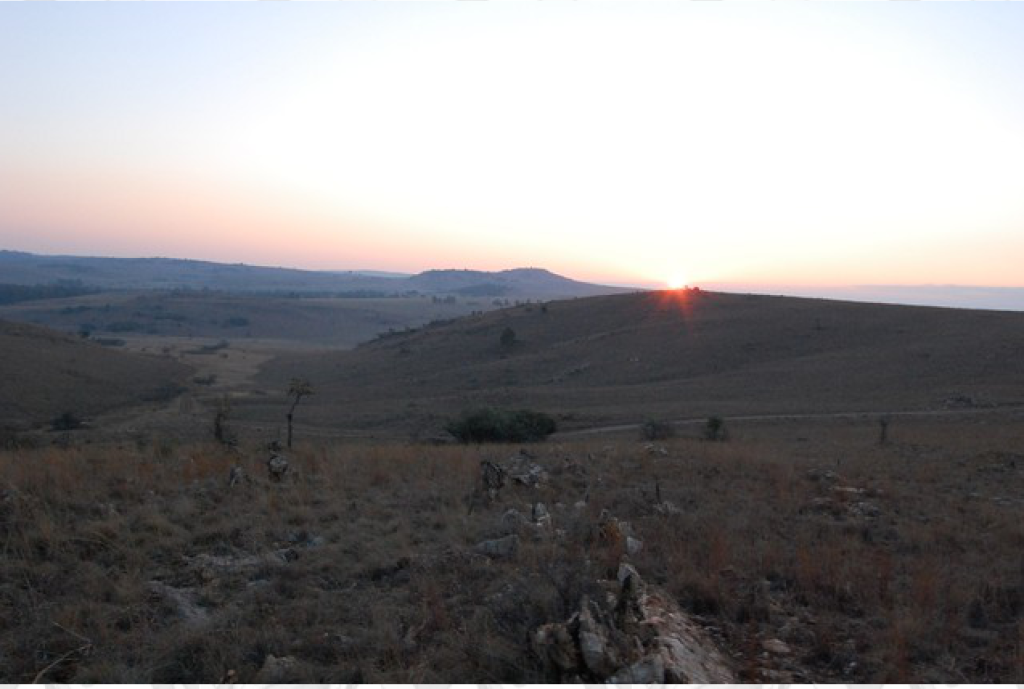 The sun sets over the Drimolen site. Photo courtesy of the Italian Archaeological Mission at Drimolen