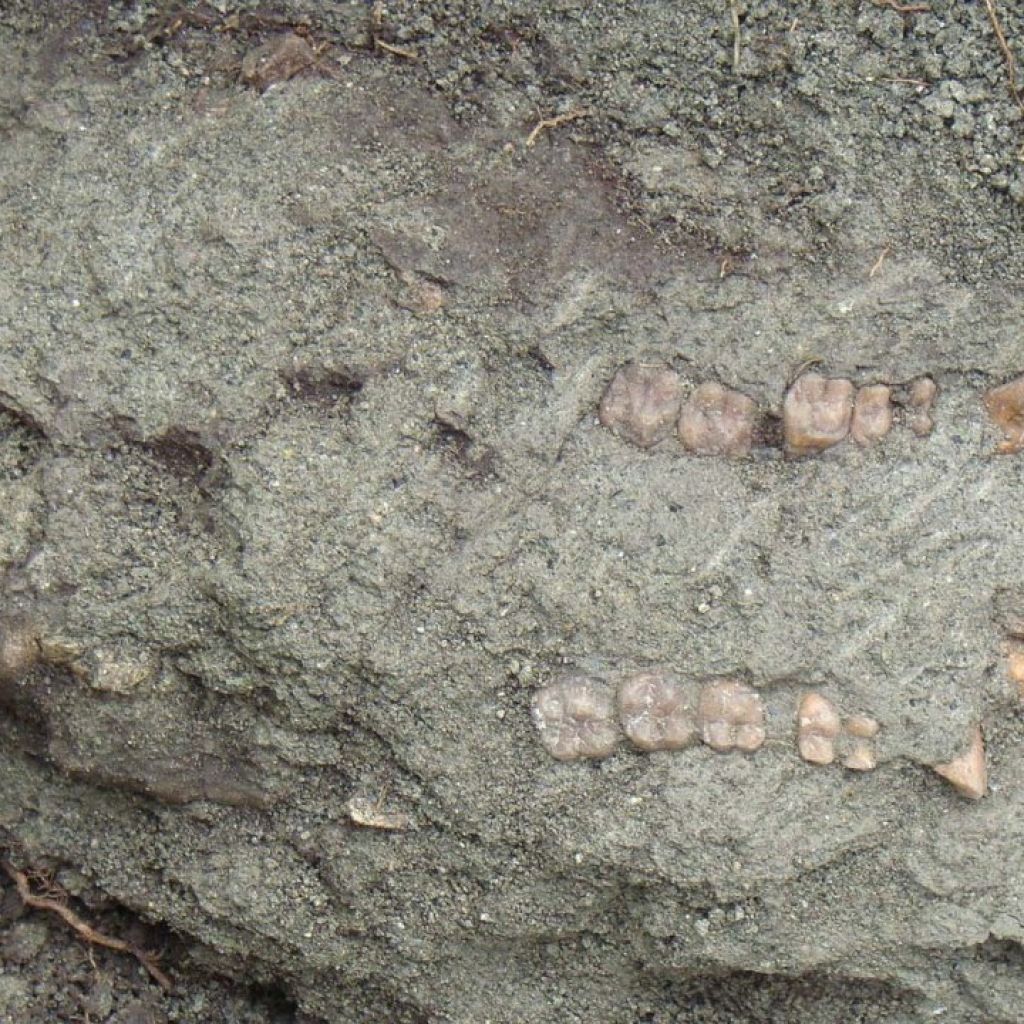 The 20-million-year-old skull of a young adult male Ugandapithecus major lying upside down in its matrix of volcanic ash. Note the well-preserved teeth in occlusal view and the brain case almost hidden by volcanic ash to the left of the image. Image courtesy Brigitte Senut.

The night before French palaeontologist Dr Brigitte Senut helped to uncover the 20-million-year-old fossil of a tree-dwelling ape in Uganda, she had a restless sleep filled with dreams of finding an ancient skull.

“It was quite a strange thing, as the night before I couldn’t sleep properly and dreamt we were uncovering an ape skull,” Senut told me from Kenya. “When I told my colleagues about the dream at breakfast they made fun of me, but not two hours later we had made the discovery.”

And this is not just any skull. Along with her colleagues Dr Martin Pickford, Dr Dominique Gommery and a team of Ugandan scientists, Senut helped to discover the first complete fossilised skull of a tree-dwelling ape dating back 20-million years, which has been named under Ugandapithecus major. It was unearthed on July 18 near an extinct volcano in Karamoja, a semi-arid region in Uganda’s north-eastern corner.

Intensive study of the skull will yield a wealth of information about the characteristics of the species, including its exact brain size, the shape of its orbits (eye sockets) and nasal cavity, as well as aspects of its diet.

Preliminary studies of the remains show that the creature was a tree-climbing herbivore, roughly 10 years in age when it died, and had a head approximately the same size as a chimpanzee’s, yet with a brain the size of a baboon’s.

Before leaving for the field once again, Senut took me through the dig process.

“We had just arrived on the site and were already prospecting the deposits when Martin spotted two teeth in the exposures. As we examined them, we noticed that a portion of the zygomatic arch [cheek bone] was exposed. We began our excavation carefully, and it appeared that the entire dental arch was present.

“We continued for some time, uncovering the ear areas. Bits of the braincase appeared, followed by a little bit of the sagittal crest [top ridge of skull] and a section of the foramen magnum [opening at the base of the skull, where the vertebrae connect to the head].

“It was an intense moment, but we were mainly concentrating on the delicate excavation, as some vegetal roots had been penetrating the bones and the sediment was quite humid,” recalls Senut. 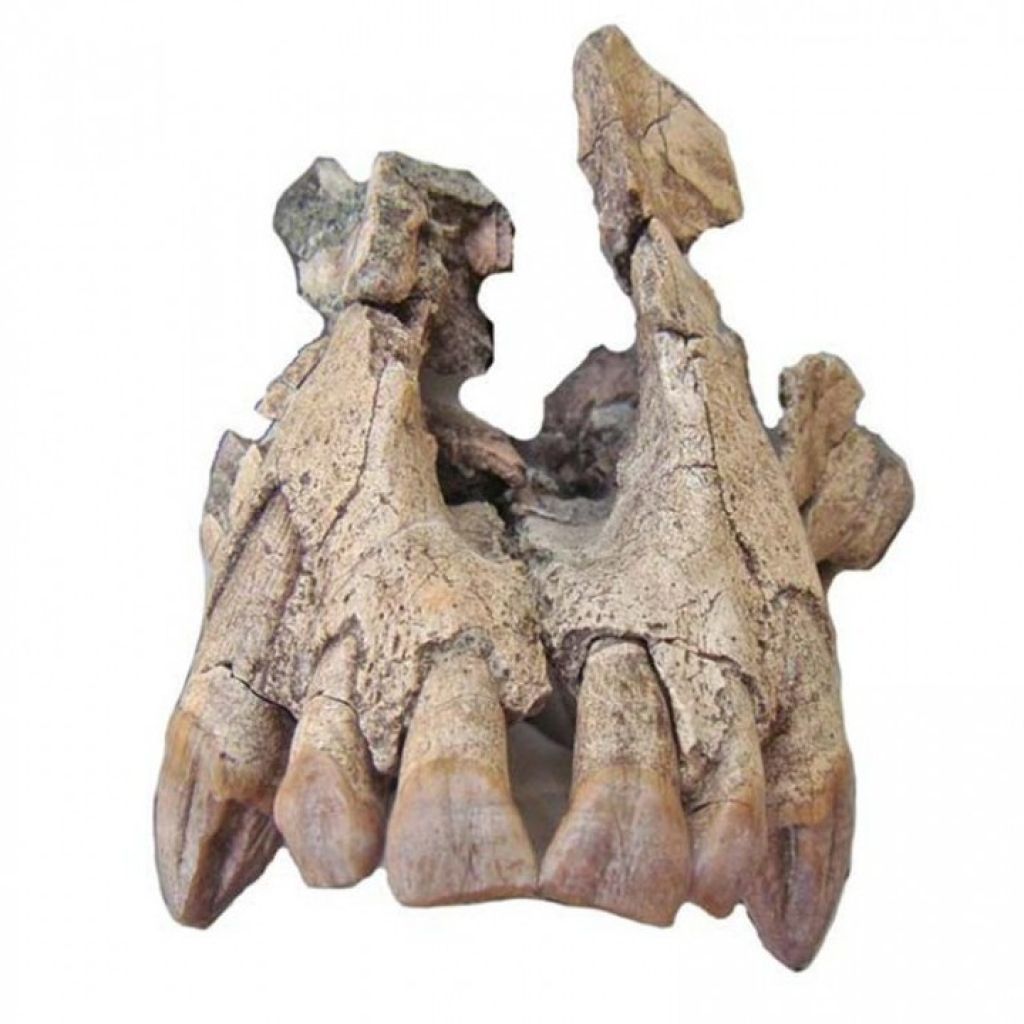 An anterior view of the snout of Ugandapithecus major, showing the front teeth and the nasal cavity. Image courtesy Brigitte Senut.

“The bones of the cranial vault had been compressed in the sediments, but were not deformed, so we have good hope of reconstructing the skull.

“We then excavated around the skull and took it out in a block. It was impossible to plaster it because of the humidity (as a matter of fact, the rains have been very strong in Karamoja this year), so we used paper and plastic bags, and our Karamojong helpers made ropes from the local vegetation. We took the package down to the camp, where we did some cleaning.”

The fossil was later taken to Paris for X-rays and documentation, and will be returned to Uganda after being properly prepared.

Director of the Institute for Human Evolution at Wits University, Professor Francis Thackeray, commended the palaeontologists on their amazing find.

“Dr Pickford, Dr Senut and Dr Gommery have done extremely important work with regard to fossil primates in Africa. Their recent discovery of a fossil primate in Uganda is the latest example of their efforts to shed light on human origins,” said Thackeray.

Their work in Kenya also led to the discovery of Orrorin tugenensis in 2000, a hominid about 6-million years old. In South Africa, they facilitated the discovery of sites on Bolts Farm in the Cradle of Humankind, including Waypoint 160, which is thought to be the oldest site in the Cradle (between about 4 and 4.5-million years old) with primate fossils that indicate the potential for finding other hominids. 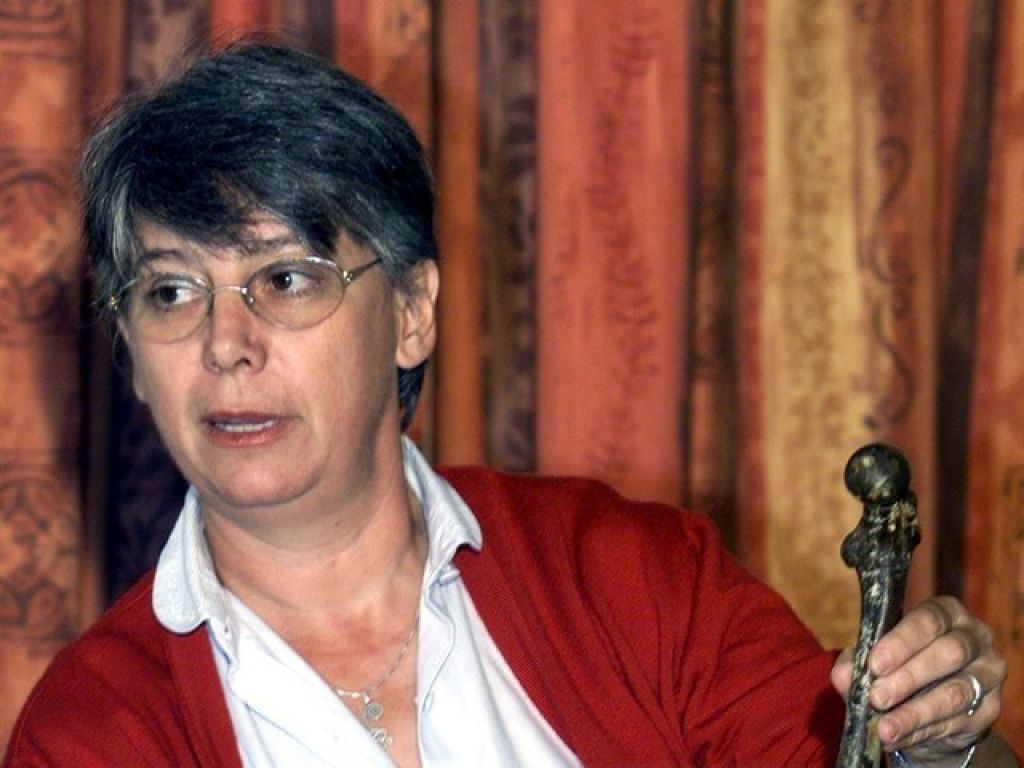 Gommery continues to work at Bolts Farm with Thackeray and staff of the Ditsong National Museum of Natural History (including Stephany Potze and Lazarus Kgasi).

Africa is recognised as the continent from which human ancestors evolved, and the continent continues to yield exciting fossils – whether from Uganda, Kenya, Tanzania, Ethiopia, Chad, Malawi, Namibia or South Africa.

• Since 1920, Uganda has been a key country in the study of the origins of the great apes and humans. In particular, several discoveries were made in Karamoja at the end of the 1950s. Research resumed there in 1985 in the framework of a research agreement signed between the Ugandan Museum in Kampala, the Geological Survey of Uganda in Entebbe, the French National Museum of Natural History and the Collège de France in Paris.

• This discovery comes in time to mark the 25th anniversary of the collaboration between the French team, led by Senut from the National Museum of Natural History, Paris, and Pickford of the Collège de France in Paris, and its Ugandan colleagues, Ezra Musiime, curator of palaeontology at the Uganda Museum, and Sarah Musalizi, curator at the museum.