If you’ve ever visited Maropeng, you likely were greeted with a “Welcome home!” Maropeng is, after all, the Visitor Centre to the Cradle of Humankind World Heritage Site.

This is where some of the most remarkable hominin fossils have been discovered, some of which have changed the way we think about our origins and what it means to be human.

But the Cradle is not the only site on the continent that has offered intriguing evidence of life that existed millions of years before modern humans. To celebrate Africa Day, we’re looking at some of the most incredible fossil finds from this continent.

“Little Foot”, an extraordinary fossilised skeleton of an early form of Australopithecus, is 3.67-million years old, making it the oldest known hominid from the Cradle of Humankind. The finding of Little Foot, deep inside a Sterkfontein cavern, was one of the most remarkable discoveries ever made in the field of palaeoanthropology.

What makes Little Foot so special is that she is not only one of the most ancient human ancestors yet discovered, but, also, her skeleton is almost complete – a rare find. Usually, fossil hominid bones are found in fragments, their relationships to one another the subject of scientific hypothesis. Because Little Foot is so complete, this specimen can be studied in its totality, without conjecture.

This almost-complete australopithecine is one of the most important hominid discoveries ever made, and contributed to the Cradle of Humankind being declared a World Heritage Site in 1999. 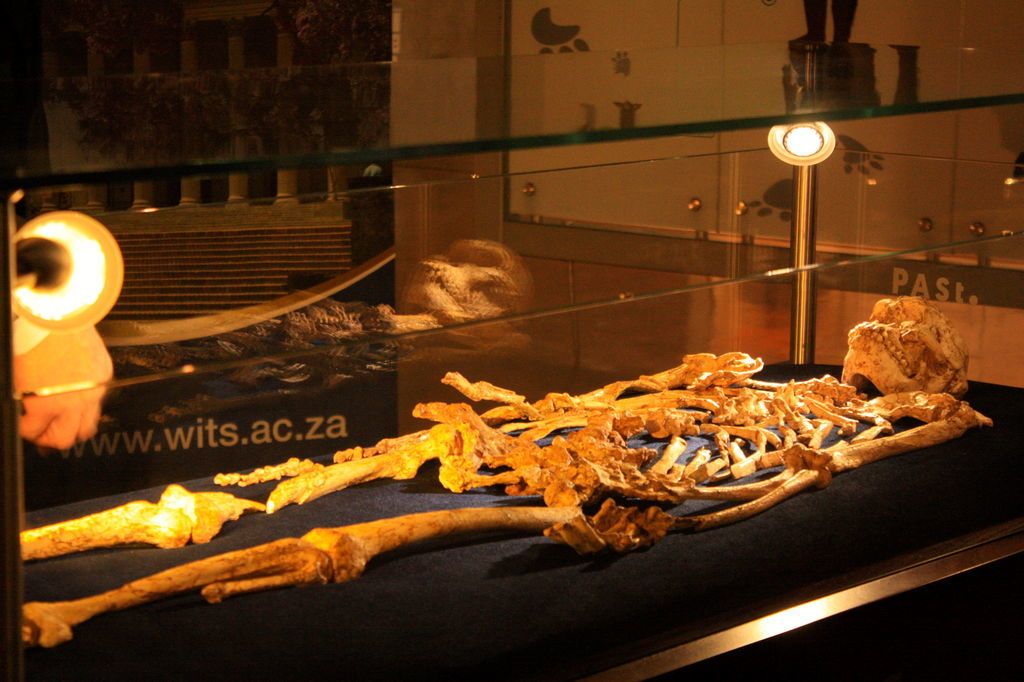 The complete Little Foot skeleton on display at Maropeng in 2018

Some 200-million years ago, the largest land mammal at the time roamed in what is now the Free State.

The plant-eater, Ledumahadi mafube, weighed 12 tonnes and stood about four metres high at the hips. It was roughly double the size of a large African elephant.

Did you know, Africa was once home to swimming dinosaurs larger than a T-Rex? Spinosaurus fossils discovered in North Africa have given insights into the lives of these giants, which lived over 100-million years ago.

Simbakubwa kutokaafrika, meaning “big lion from Africa”, roamed East Africa some 20-million years ago. Fossils of these massive creatures were discovered at the Nairobi National Museum in 2019.

The fascinating story of Homo naledi

In 2015, the discovery of Homo naledi made headlines around the world. The fossil assemblage from the Dinaledi Chamber in the Cradle of Humankind is one of the largest hominin finds in history. These fossils challenge us to take another look at what it means to be human.

There are scores of other remarkable fossil finds that have been made on this continent. Among them are 200-million-year-old Massospondylus eggs; the oldest human burial found on the African continent and fascinating plant fossils.

You’ll find an exhaustive guide to some of the fascinating hominin fossils found in the Cradle of Humankind here.