If you’ve ever wondered what it’s like to be an “underground astronaut”, unlocking the secrets of the origins of humanity, now’s your chance.

The Almost Human exhibition at Maropeng, featuring the Homo naledi discoveries, does just that.

The exhibition is now open to the public, and is included in a standard ticket to Maropeng. You can book your tickets here.

The new exhibition, the largest-ever public display of hominin fossils, features the new hominin species that South Africa introduced to the world in 2015, Homo naledi. What’s more, it takes the public on an interactive journey in the footsteps of the intrepid Rising Star expedition team behind the discovery.

And it’s indeed a unique journey.

Visitors are challenged to squeeze through a recreation of the 18cm crack that the team had to fit through in order to get to the caves in which these ancient treasures lay. They also get to view never-before-seen footage of the inside of these fossil-rich caves. And they get to meet Neo, the most complete Homo naledi fossil.

“I think Neo, in particular, is important to science and to humanity because he’s kind of a Rosetta Stone for us, in terms of the material that we’ve already recovered from the Dinaledi Chamber,” said Dr Marina Elliot, one of the original members of the Rising Star team.

“We found 15 individuals, ranging from small all the way up to older adults, but they were kind of mixed up, so we couldn’t get a sense of what a single individual looked like. Neo kind of fixes that for us,” she said. 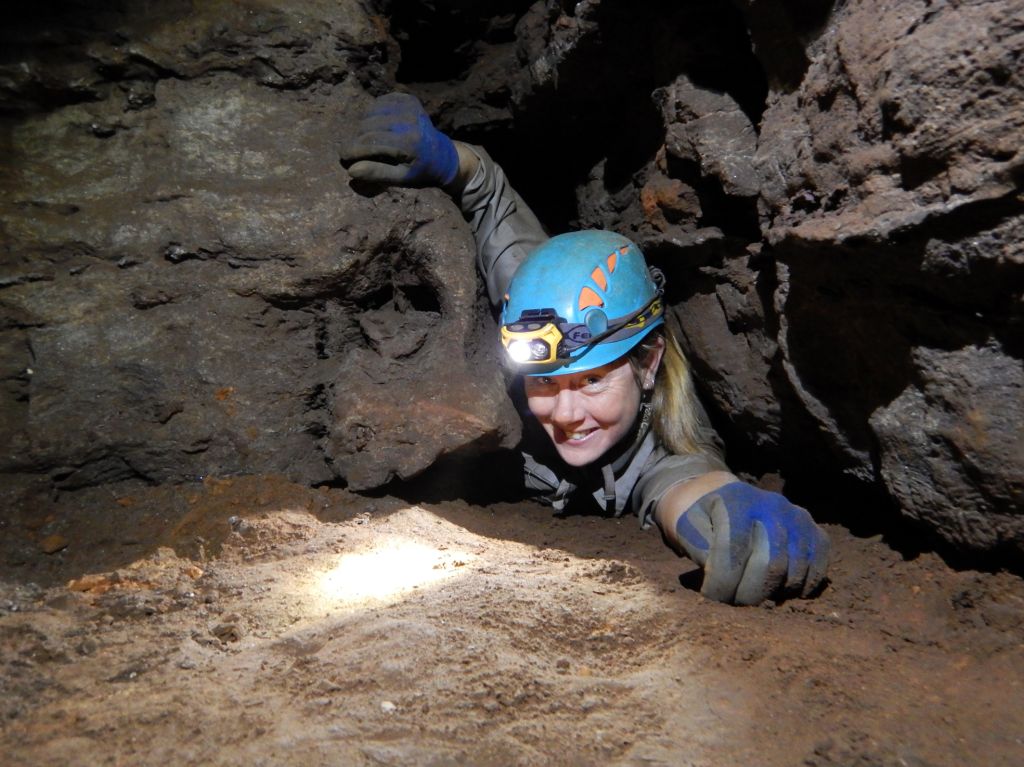 Elliot helped put together the exhibit and was on hand to guide the first visitors through the exhibition, which opened at Maropeng today in a new temporary exhibition space called The Gallery.

Expedition leader Professor Lee Berger said the exhibition is a significant one for humanity.

“I think that there is something critically important about the public being able to see the real thing. It’s important to see that these fossils are real – they’re a real part of our heritage, a part of human heritage,” he said. 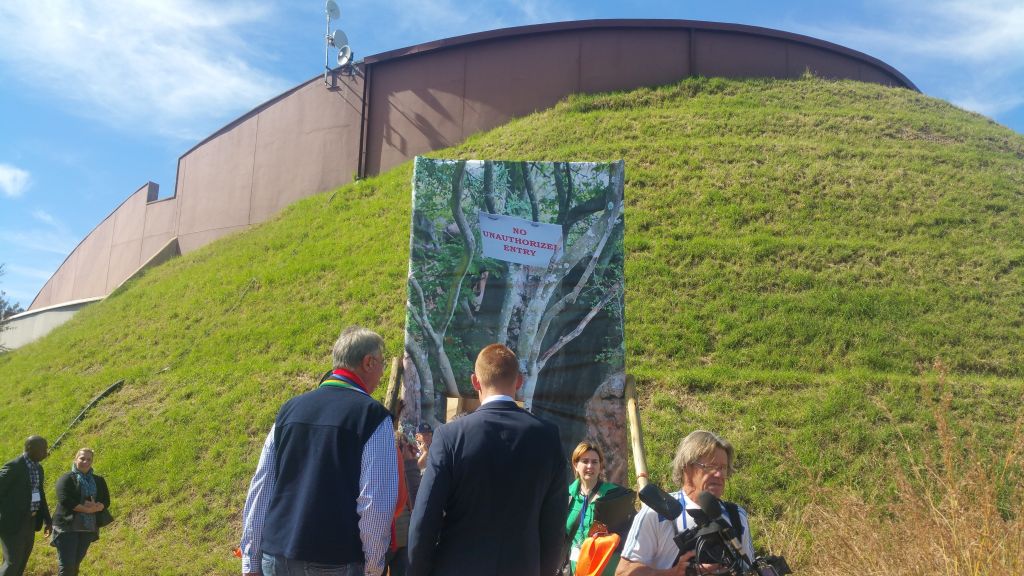 If there are heroes in the Homo naledi story, it is the scientists – dubbed “underground astronauts” – who braved treacherous conditions to bring the discovery to the world. Berger says the explorers, at times, faced life-threatening situations underground, but continued undaunted.

“That was nerve-racking and harrowing,” he admitted.

“I’ve done plenty of expeditions, but I’d never done one where I couldn’t lead from the front, where I couldn’t go first. And I was never going to go down this 18cm slot, which you can experience here. In hindsight, to relive it through this exhibition is amazing.”

Expedition member Professor John Hawks, who co-authored a book on the discovery with Berger, said the experience was life-changing.

“The minute that we had this discovery, suddenly everything changed,” said Hawks. “You suddenly realise there’s this question you can’t answer and it’s not a question you knew was there. As a scientist, that’s what draws you in: you’re finding something really new and you have to understand it.” 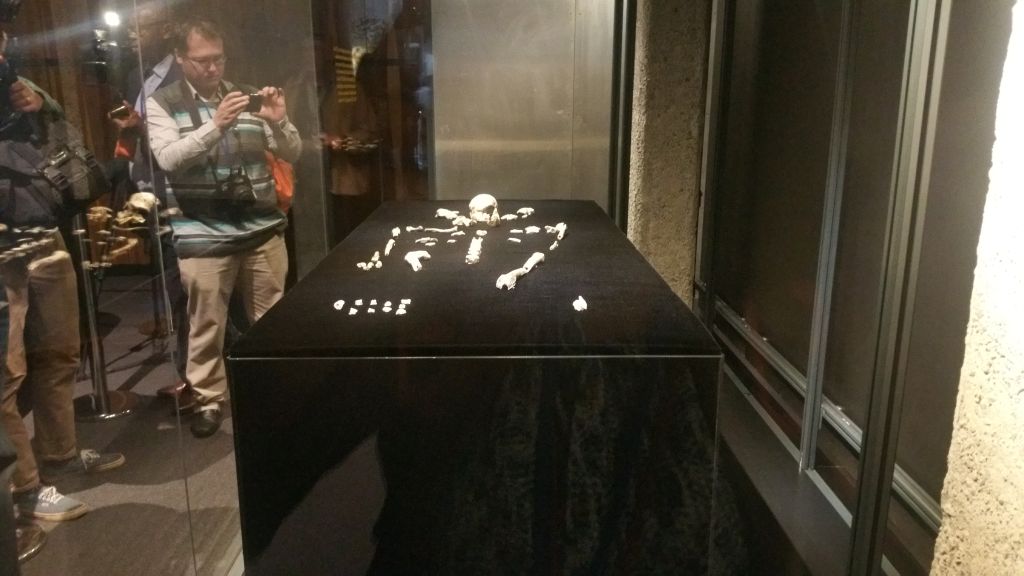 Neo was in the spotlight at the exhibition opening. (Image: Maropeng)

Berger says it’s one that people will not want to miss.

“This is a once-in-a-lifetime chance. We have not decided how long this exhibition will be on, but when it closes, it will be a long, long time before something of this magnitude goes on display again.”