About 200 million years ago, dinosaurs roamed the Earth – and among them, in what is today southern Africa, was the plant eating Massospondylus carinatus. The supercontinent Pangaea was still intact; it was the Late Triassic-Early Jurassic epoch.

Fast forward to the present, where I am a researcher who’s spent the past six years studying Massospondylus carinatus. The aim of my research has been twofold: better understanding and describing the anatomy of Massospondylus, as well as understanding how it grew as it aged.

Hundreds of Massospondylus fossils have been collected across southern Africa, ranging in size from baby to adult. One of these specimens has been in the collections at the University of the Witwatersrand’s Evolutionary Studies Institute since 1978. The fossil has been included in research before. But it’s been incorrectly viewed simply as a deformed Massospondylus specimen. It was affectionately nicknamed the “Grey Skull” specimen.

As part of my PhD, I scanned the skull of the specimen to get a better picture of what it looked like inside. I used a CT-scan – a method that has revolutionised the world of palaeontology: we can now reconstruct and visualise fossils at an unprecedented level of detail.

And my scans presented some surprising findings. They suggested that the “Grey Skull” was not just another Massospondylus specimen. Further testing and examination established that in fact it was an entirely new, previously undescribed species and genus.

The species, which we’ve named Ngwevu intloko (“grey skull” in isiXhosa), is an additional piece of the puzzle in understanding what our world looked like 200 million years ago. Ngwevu and Massospondylus lived in the Jurassic period, which came just after the End-Triassic Extinction – one of the world’s largest extinction events. The more we know about the animals that lived during this time, the more we can start to comprehend how species react and recover after an extinction event

Not many people in South Africa realise that the country has a rich #dinosaur fossil record. People come from around the world to study South African fossils. #Massospondylus#GreySkullhttps://t.co/fWnnqBoAYU

So how did I realise that “Grey Skull” might be more than just a deformed Massospondylus specimen?

Usually when specimens are deformed during fossilisation, they have a lot of cracks or are not symmetrical. The “Grey Skull” has very few cracks and is very symmetrical. The proportions of the skull, as well as features on the individual bones, are different. In addition, the rest of the skeleton has some noticeable differences, including on the pelvis.

This is a difficult task to accomplish with fossils – it’s rare to have a complete age series of fossils from a single species. Luckily, Masssospondylus has a great fossil record and we were able to look at what changes it goes through when it grows and whether these were similar to those seen in the “Grey Skull”. This allowed us to rule out age as a possible explanation for the differences we observed.

Originally, we assumed that the fossil would be very closely related to Massospondylus.

But when we ran the analysis, we found that its closest relative is actually a dinosaur found in China called Lufengosaurus. In fact, the group that this new taxon belongs to (Massospondylidae) includes dinosaurs whose fossils have been found all over the world – including in China, South America and North America.

This is not only an indication of how successful they were, but also a great reminder of how different the world looked when these animals roamed. 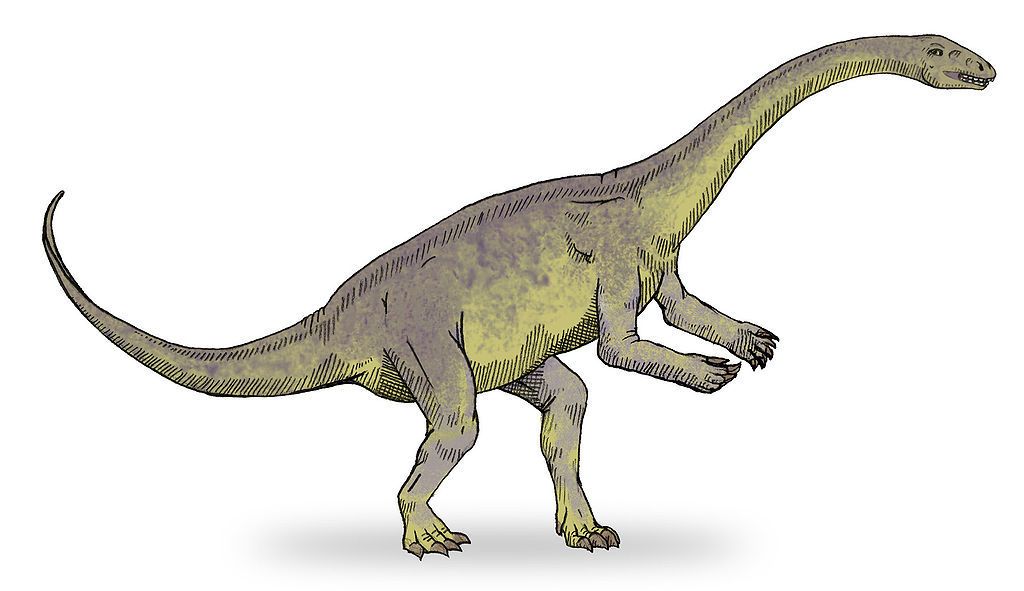 Not many people in South Africa realise that the country has a rich dinosaur fossil record. Many dinosaurs roamed the region hundreds of millions of years ago, and people come from around the world to study South African fossils.

The most rewarding part of this whole experience for me has been to see South African palaeontology in the limelight at an international level. It’s also a really great reminder that there’s still so much for palaeontologists to learn. Ngwevu was discovered more than 40 years ago, and its significance has only just become apparent. Who knows what else might be hiding in specimen collections in South Africa and elsewhere?

This article is republished from The Conversation under a Creative Commons license. Read the original article.