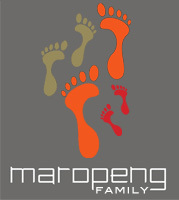 Mark Fouché might be new to Maropeng, but his history has been linked to the Cradle of Humankind since before he even set foot in the door.

After living in New Zealand for seven years, Mark decided that there was no place like home. Coming back to South Africa, he started scanning the classifieds for jobs. He came across an advertisement for a position as maintenance manager at Maropeng and applied.

At the time he did not realise that one of his passions tied him to this place. “When I started, I was really excited, but I didn’t realise what Maropeng was all about,” says Mark.

“I’ve always had a keen interest in DNA and where we come from,” he explains.

Through the Genographic Project, run by National Geographic, he had his DNA analysed two years ago to work out his “deep ancestry”. “I was amazed by the information that came out of the analysis,” says Mark.

He finds it remarkable that he now works in the place where we all originate from. “Maropeng has given me a better understanding of my heritage,” says Mark. He goes as far to say, “This is my destiny.”

When speaking about coming to work each day, Mark smiles: “It’s exhilarating to see the sunrise and sunset.” Being so close to nature is something he takes full advantage of – and this shows in his attitude to work: “A feeling of great peace embraces me as I come to work each morning.” But his natural surroundings have also made him notice the impact that we have on the environment, and how thoughtless we can be.

Mark’s goal is to be part of a team bringing the knowledge Maropeng has to offer to as many people as possible, providing a facility where learning can take place. He also has plenty of ideas for the development of Maropeng. “I see potential beyond what the facilities are currently being used for,” he says.

Mark is full of praise for his colleagues. “I love the people; there is a lot of excitement and energy. I thrive on it!”

Food and Beverage Manager Patrick Mutavhatsindi is full of praise for Mark. “He is a down-to-earth kind of person who shows respect to his colleagues and his junior staff. When I am with him I laugh my lungs out at his jokes!”

Adds Patrick, “He is so understanding and accommodating at all times. He has just joined Maropeng recently but ‘gelled’ like somebody who has been with the company for many years.”