We’ve probably all heard of the Sterkfontein Caves, and possibly even of Kromdraai and Cooper’s Cave, located in the Cradle of Humankind.

These are famous fossil sites where excavations continue to bring the most amazing discoveries to the surface to help us piece together our prehistoric past.

But there is another exciting, less publicly known location where a wealth of animal fossils, particularly those of big cats, has been unearthed. These are thought to be between about 2.9-million and 4.5-million years old.

Bolt’s Farm is 2.5km south-west of the Sterkfontein Caves. The rock here is dolomite and limestone, in which there is a series of quarries.

Fossils of antelope, pigs, elephants and rodents have been found there, but Bolt’s Farm is nicknamed the “Kingdom of the Big Cats” because of the discovery of many big cat (felid) and sabre-toothed cat (Dinofelis) specimens.

Bolt’s Farm is hugely significant as it is the first place in Africa where the partial skeletons of big cats have been found.

One of its sites, called Waypoint 160, has been pegged at about 4.5-million years in age, based on rodent fossils found in the calcified breccia (sedimentary rock). This means it could be the oldest site in the Cradle of Humankind.

“What makes [Bolt’s Farm] so special is that it provides a cross-section of time for much of the Plio-Pleistocene, approximately 5-million years of change,” explains the collection manager at Ditsong National Museum of Natural History, Stephany Potze.

Research at Bolt’s Farm has also concluded that many more species of prehistoric carnivores existed than was previously thought.

A glance back at history 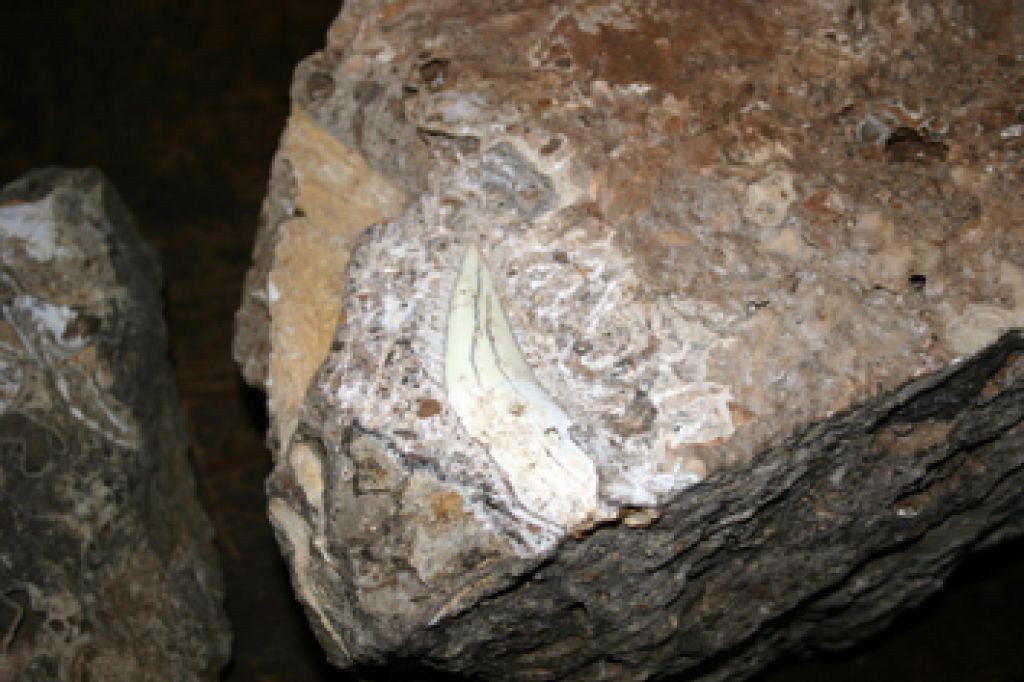 The fossilised tooth of a sabre-toothed cat embedded in breccia. Photo: Tara Turkington

The first fossils on Bolt’s Farm were discovered 75 years ago by Professor Robert Broom, who pioneered palaeoanthropology in South Africa.

Then, in 1947/48, an excavation spearheaded by the University of California discovered three, well preserved Dinofelis skeletons in what they called “Pit 23”.

These sabre-toothed cats lived between 5-million and 1.4-million years ago.

The male, female and a youngster were found together with the remains of baboons and it was hypothesised that the baboons were chased by the cats, fell into the pit, followed by the family of felines.

It appears that not much regular scientific work was done on Bolt’s Farm until a South African/French collaboration in 1995. It resulted in the launch of the Human Origins and Past Environments (Hope) Research Unit at the former Transvaal Museum, Pretoria, now called the Ditsong National Museum of Natural History.

In 2001, the research unit came across what the scientists called the “Femur Dump” on Bolt’s Farm. It is likely that this is the Pit 23 discovered by the expedition of 1947/48.

Potze says the research unit is currently excavating more than 20 different animal fossil deposits of various ages on Bolt’s Farm. “So it’s not like the Sterkfontein Caves, which is just one site – it’s what we call a karstic network.” (“Karstic” means a landscape that has been shaped by water eating into soluble rock over time.)

The work at Bolt’s Farm has been funded by the French Embassy in Pretoria, the Centre National de la Recherche Scientifique in Paris, South Africa’s National Research Foundation and Ditsong Museums of South Africa.

Fossils from Bolt’s Farm will be exhibited at Maropeng by the Ditsong National Museum of Natural History. This exhibition coincides with the Broom Colloquium on November 26, 2011.

Maropeng, in partnership with the Royal Society of South Africa, is hosting this event to honour Broom and commemorate the 60th anniversary of his death.

Potze says visitors will be able to see a range of fossils from primates, carnivores and rodents to suids (pigs). These fossils span the long period of excavation at Bolt’s Farm from 1936 when Broom first conducted work there, to current excavations by the Hope Research Unit .

The Broom Colloquium is open to the public and tickets are available online. The cost is R300 inclusive of tea, lunch and entry to all the presentations and the exhibition.