What does language allow us to achieve? 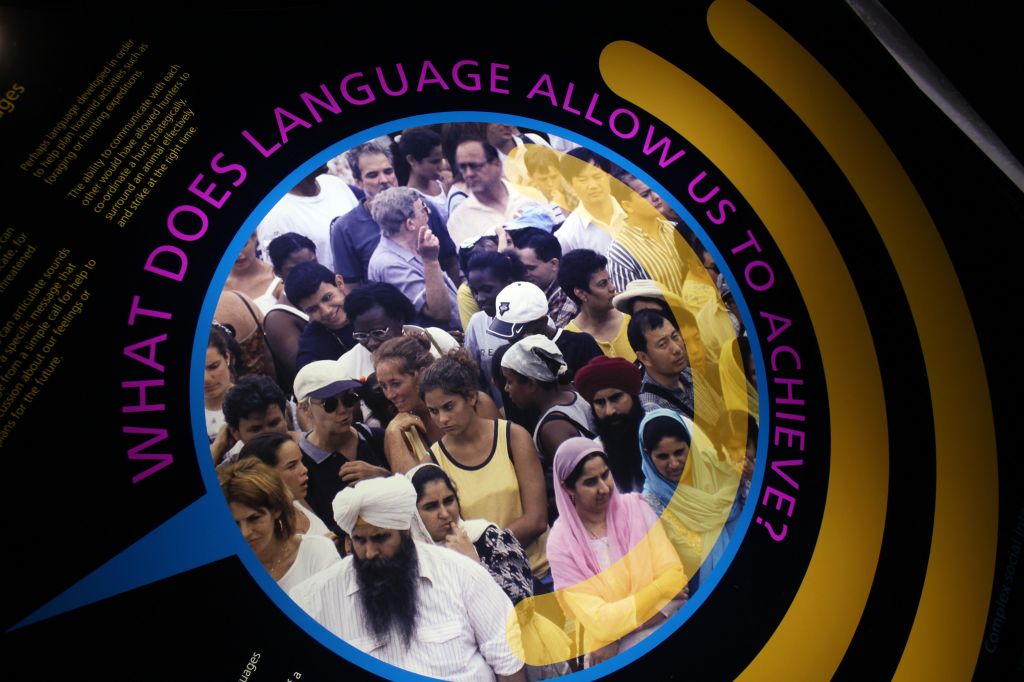 Humans can communicate with each other in ways that no other creature can.

Language allows us to communicate precise messages about an infinite amount of things. Many animals can produce sounds to communicate, for example, when they are threatened.

But only humans can articulate sounds that transmit a specific message that can range from a simple call for help to a discussion about our feelings or plans for the future.

Perhaps language developed in order to help plan hominid activities such as foraging or hunting expeditions.

The ability to communicate with each other would have allowed hunters to co-ordinate a hunt strategically, surround an animal effectively and strike at the right time.

Communicate across time and space

Messages can be carried from one individual to another or many others through words. Recent technologies such as satellites, television, the internet and mobile phones, have allowed us to communicate across the globe to millions of people simultaneously.

Language helps us articulate our experience, our humanness, and to understand ourselves and one another better.

The ability to communicate abstract concepts has benefits for our life within social groups.

We learn a lot from our families and friends, not only about the physical world, but also about other people’s feelings and beliefs.

Language enabled hominids to have a better understanding of each other and themselves.